I wanted to give feedback about this vector art of a squirrel. It seems the points aren’t connected, so when it cuts it leaves little edges not engraved*.
On my cut I forced them off and colored them black… but it’s not ideal. 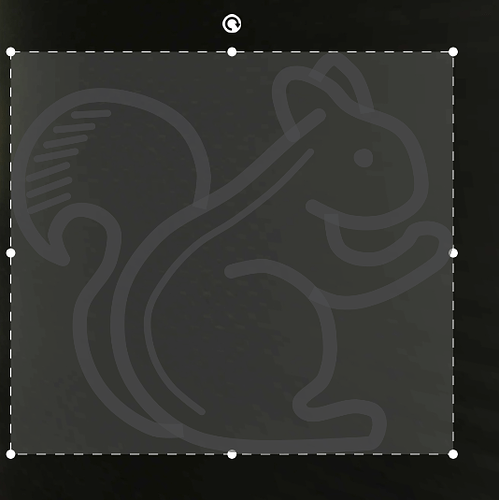 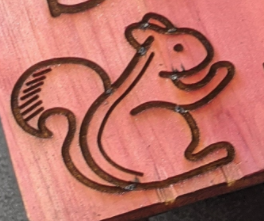 The images are from a third party and they aren’t all optimized for GF, as you’ve learned. It looks like there are overlapping paths which GF cancels out (try making a file with two identical images on top of each other and you’ll see what happens). So those areas with the overlaps (which you can see in the picture) aren’t cutting.

If you ever have an issue like that in the future (like forgetting to weld/union words), a wood burning tool is your friend. In the meantime, those images are from the Noun project. You can download it, edit, and then use that. It’s a total work-around but it will do the trick.

I think you meant engrave, just to be clear…but, I certainly recognized the problem you described.

Thanks! Didn’t know that

Also to this point, this helped me figure out why my cursive was skipping!
Once I “unioned” them in inkscape, the problem disappeared!

Glad I could help. I frequently forget to union. Sad times.

As @ChristyM mentioned, the images are provided by the Noun project, and some may contain overlapping filled vector shapes. Because the Glowforge won’t print overlapping vector designs like this, you may see results like this. I’ve passed this feedback on to the team - thank you for taking the time to let us know. I’m glad this helped to figure out the issue with your cursive engraves, as well!

If you run into any other trouble, please start a new thread or email us at support@glowforge.com. We’re here to help!