I grabbed a pile of felt from Michael’s to test hitting it with lasers. I found “Stiffened Felt” which is an acrylic polyester blend that is…um…stiffer than normal felt.

I made some Wisconsin W logos for the Ohio State game. 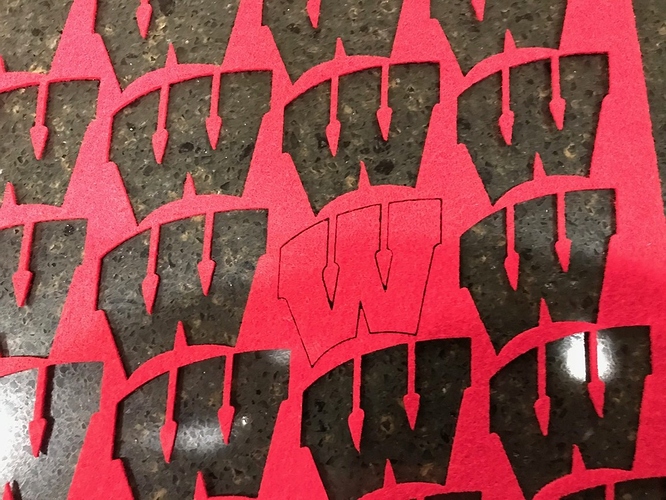 But I noticed that the left over part in the inside of the W was deformed. I asked myself “What if I wanted the pointy part” as part of my design. How would I make it not deformed?

So I did a test star to see if I could get it cut without deforming. I cut one star in one pass (blue). Then I cut it by hitting every other line on the star. First pass in red. Then a second pass in green.

It made much better points. 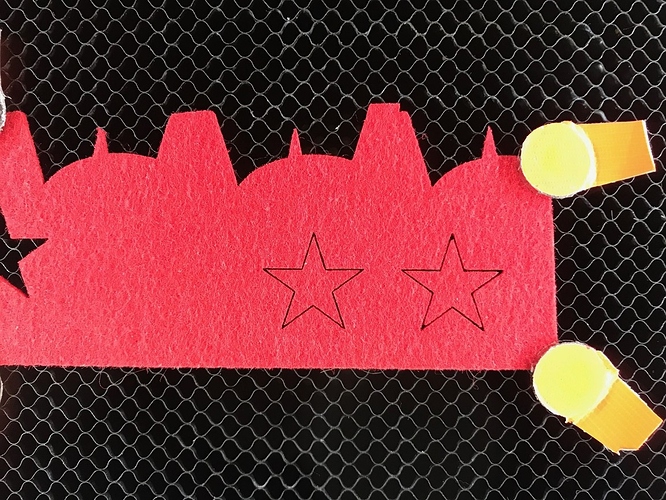 Thanks for sharing! This is great!

Great tip. This might help with some other projects. I’ve not been able to get good results with a score on pressed board coasters. Too much burn at the turn. This method may help with at least some graphics I’d like to do.

Nice trick and it looks like we could use an Inkscape/Illustrator plugin to automate the work… Or a Glowforge driver software update to address the issue in some way.

I know this is an older post, but do you remember what settings you used for the stiff felt?