I was cutting the 5th sheet of the same acrylic and walked away just about as the laser finished. I should have stayed to the very end and removed the piece, but was impatient about other things I was doing…

Sometime later went back to setup the next cut and saw the flames under the lid - panic!!!
Not sure how long it was burning inside but most of that sheet had melted into the crumb tray and the campfire inside was still going strong.

Good enough ventilation that the smoke detector did not go off, and I could blow out the fire when I lifted the lid. No need to use my fire extinguisher. Not much left of the sheet that was cut, so it probably had been more than a couple of minutes of burning.

Here is what ended up on my “preview” when I went to check on it after the fire was put out: 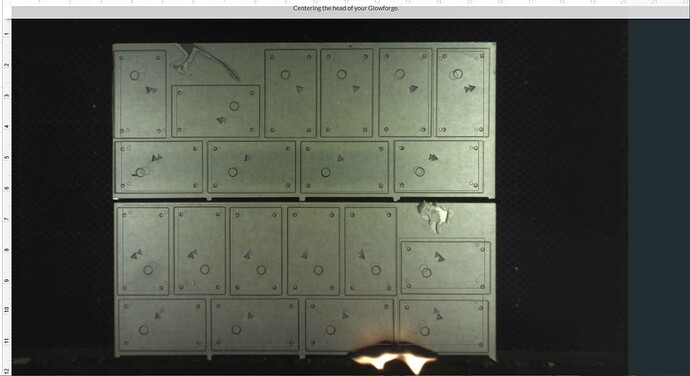 I used a putty knife to scrape out the molten acrylic and tossed the pieces on my concrete floor to cool down before tossing the char in the garbage.

The camera was no longer useful, the side gaskets were melted off, the front lid will not stay closed, etc. so it is toast. 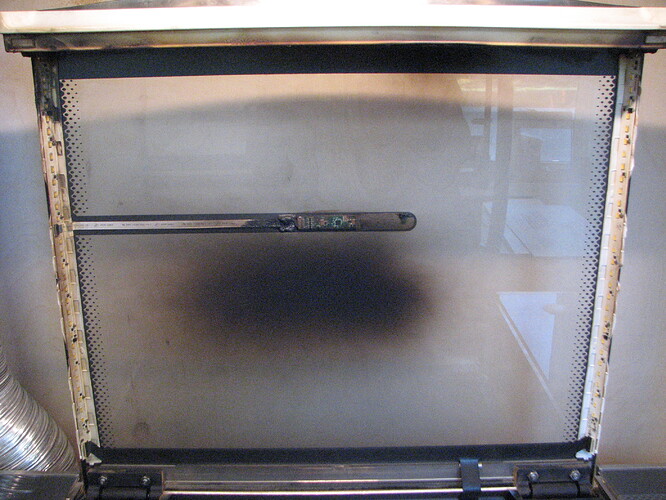 Here are some more photos for those that are interested:
Google drive photos of the scorched glowforge

It will take a while to replace/repair but no damage to the shop, no fatalities. Just an expensive and longer term pain to recover from such a dumb move on my part.

Eek. So sorry for your fire! But glad no one was hurt and the damage was limited to your machine.

Oh that is such a bummer! Glad you posted so everyone knows it ‘only takes a second’ to have a disaster. Glad it was as limited as it was.

I’m so sorry to hear about the damage to your Glowforge.