First it was lettuce and now

Is nothing sacred or safe? CDC Warns… 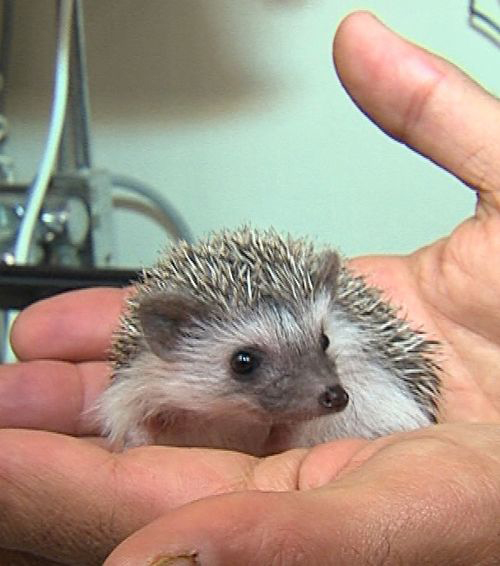 I…I…I feel so rejected! What did I do? No hugsies? No kissies?

Why can’t pets be “cured” of carrying such diseases? I could understand a wild animal having an endemic disease that a house pet outside might catch but i would not expect someone to have a heggie door so it could go play in the gardem when it wanted?

Where would such a specific disease come from in a sequestered animal?

Sooner or later the powers that be might actually realize that there are germs everywhere.

(This hedgie is still giving out nose kisses to those that want them.)

there are germs everywhere.

That could certainly be the case with hedgies and that particular strain of Salmonella, but it they are treated and not carrying that strain then there should be no issue. That outbreaks seem to be episodic would seem to indicate that few hedgies carry it, and a bit of detective work by somebody could probably block those as well.

I believe many zoologically transmitted human diseases don’t afflict the interim species, so determining they are even exposed is a large effort.

Reptiles are very bad for salmonella too. I believe it just passively hitches along on their scales. Yet I’ve seen many reptiles on display in farmers markets and Renaissance Festivals right by food.

Well, you know, we try to avoid petting the armadillos around here to avoid leprosy…but they’re generally okay with that.

From the article it sounds like salmonella can live in a hedgies’ gut. So presumably it eats tainted food and does just fine. You on the other hand, touch it and then touch your food.

Unlikely to be a problem if you’ve had your hedgehog for a while and never developed severe intestinal distress.

or you could just wash your hands after handling them.

or you could just wash your hands

A good Idea in any case hedgie or not all I was trying to point out was that no disease can be started if it is not there in the first place. If you are feeding him garden worms or other wild food then that is another point. If his life is sequestered then that is the point I was trying to make. Access to parasites of all sorts from pin worms to polio can have a positive side.
But if you raise a raccoon from a baby or any other pet, and see the vets regularly those horrors should be minimized.

As noted elsewhere you could isolate yourself from any biota and get hyper-immune diseases instead.

we try to avoid petting the armadillos around here to avoid leprosy…but they’re generally okay with that.

I was putting out a have-a -heart trap to reduce the raccoon Infestation and one day caught an armadillo. You don’t want an armadillo in your have a heart trap! It was across the yard and torn to pieces.