I have stayed away from leather for a while because of the smell. It is definitely not pleasant! This project is small enough that I thought it would be worth the effort.

After a 1 month ordeal, I finally received a Pixel 3 phone. Of course, there aren’t any cases that I like and the $?@! engineer who designed it left the camera lens protruding 0.025 inches beyond the back of the case, so it scrapes up tables and the lens picks up every speck of dirt and grime and scratch possible.

I have a problem with almost every phone that I can’t find accessories that I like, so one of the first things I do is to model the phone in 3D so I can start making my own accessories. A phone holder for the car, for example, that runs cool air from the vent over the back of the phone, keeping it from overheating in the hot AZ days. I used my Pixel 3 CAD model to lay out a pattern, checked it with paper, adjusted it, and finally cut the pattern out of 0.030 inch thick lambskin. The edges were skived down to about half thickness, and then I added double-sided tape in strategic locations. 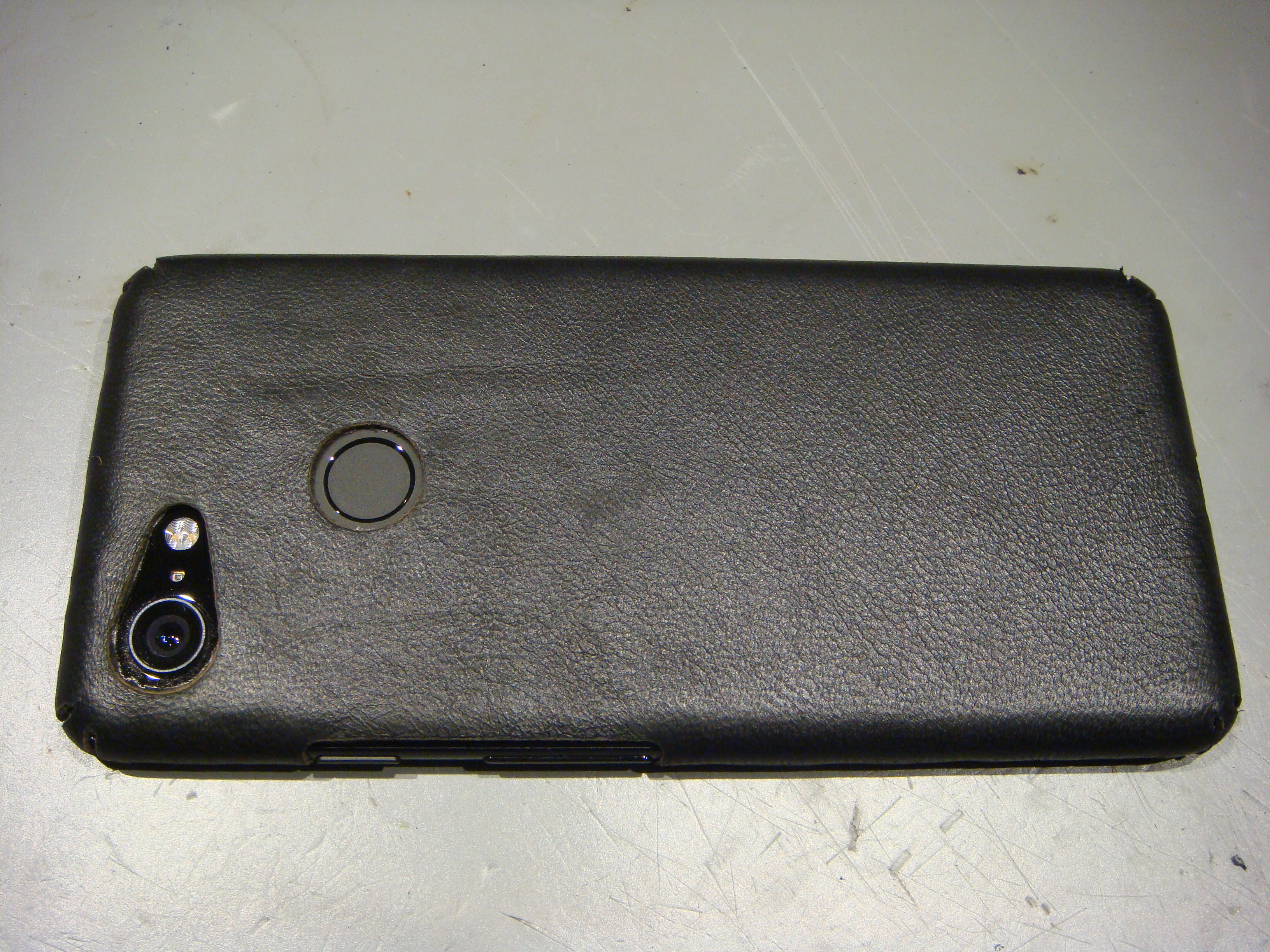 It went on pretty well, but I learned quite a lot!
I need more practice with corners: 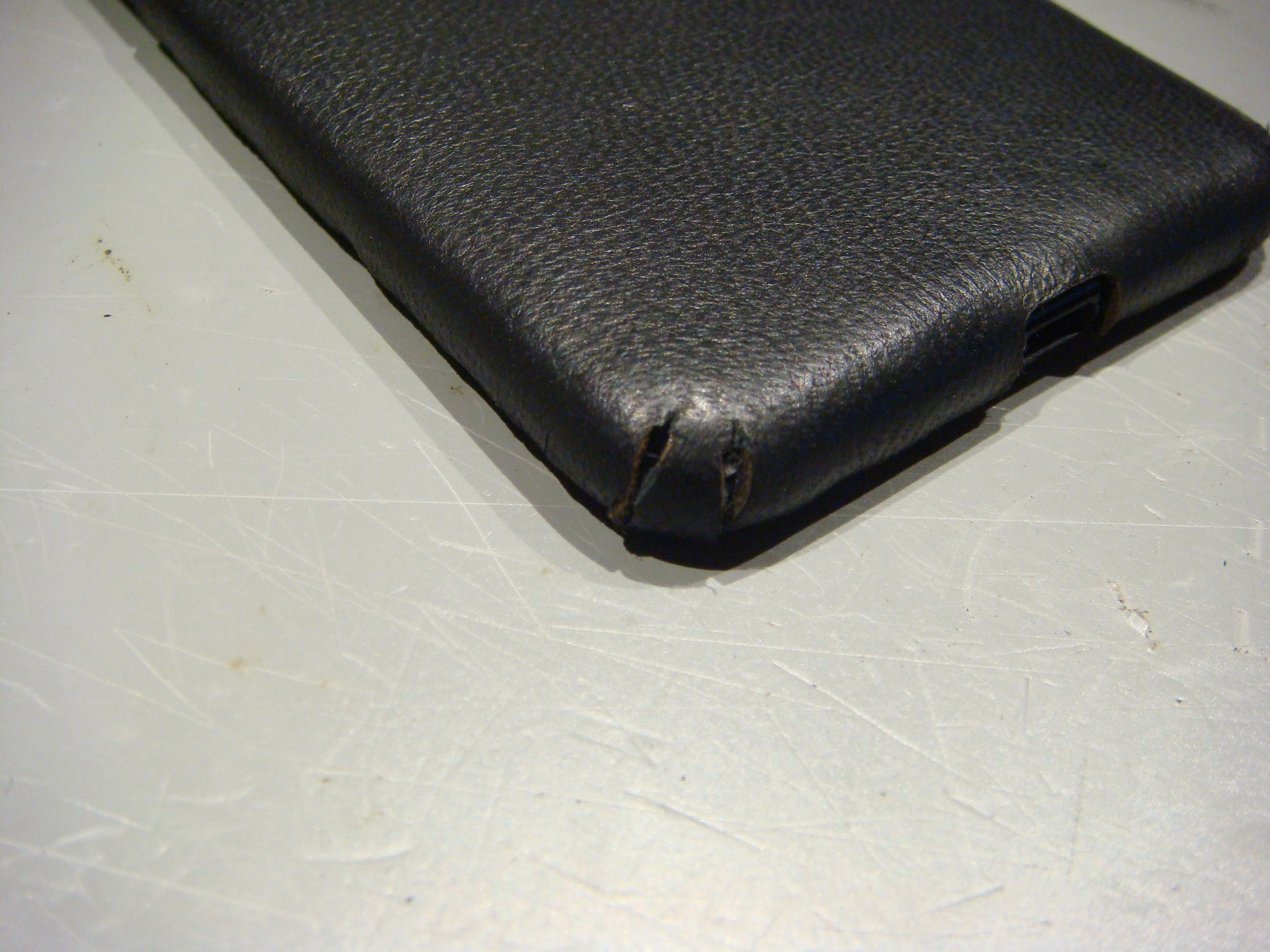 I should have skived the edges of the camera and fingerprint reader. They need to taper down to the back of the phone more. This would be really hard to do though. 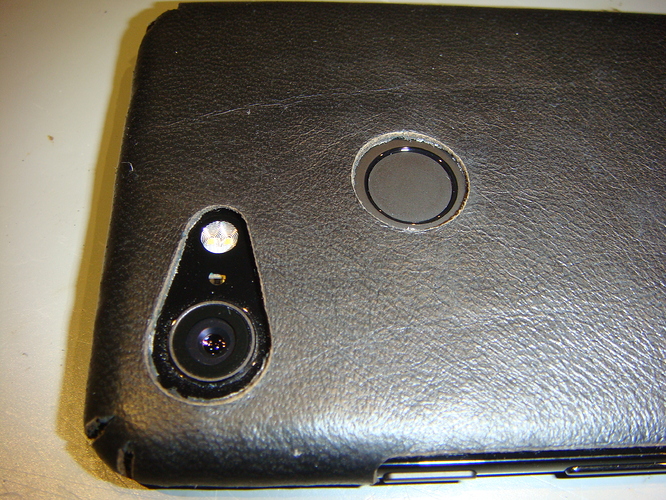 DSC04493.JPG3264×2448 2.77 MB
My skiving leaves something to be desired. It isn’t very even and should probably have removed more like 3/4 of the thickness. If I do it again I will probably use some temporary adhesive and stick the leather to a hard backing that is cut to shape. This should keep the leather in place and prevent it from moving as much. Lambskin is really rather stretchy. 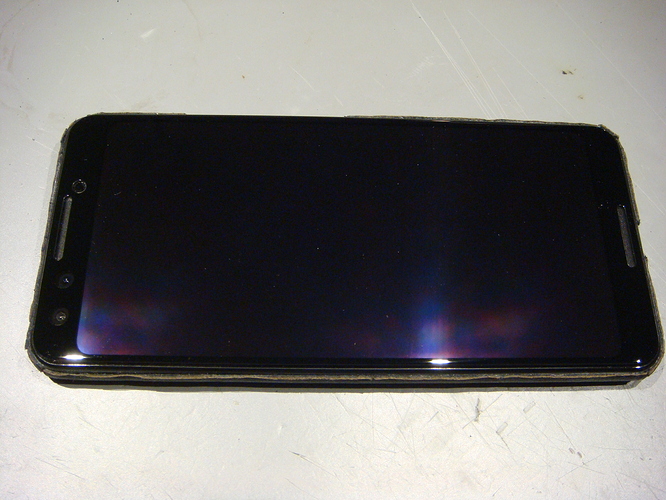 DSC04491.JPG3264×2448 2.15 MB
The knife used to skive the edges has to be REALLY sharp. I took an Exacto blade and sharpened it on my Japanese water stones to 6000 grit and it still took a lot of work to get it to bite. Part of that may be the angle. I have an idea to use a blade from my safety razor, but I need a handle to hold it and I am worried about the flex in the blade.

For a first run, it will work. I will see how it holds up and then make changes, or rip it off and look for one I can buy that is tolerable.
I got a square foot of leather for 14.00 and that gave enough to make at least six covers, so it is pretty cheap for material.

Just as an update, I was goofing off with a new utility knife I bought that came with a ceramic blade. It cut the leather like butter. I was able to skive an edge down to where I though it should be for this project in about half the effort of the steel blade. Maybe I will work on my corners and run another version once I get some wear on this one.

Maker Knife from Giaco Whatever by chance?

Yep! Interesting design. A little bulky and square for EDC, but seems to work well for a Stanley utility knife substitute, and the blades are really sharp!

Very cool! I wanted one, but I just couldn’t pony up the cash.

I think the black one is the one I would have gone with…or the Diresta version in brass.

I got the black. The lack of alignment on the hand-stamped Diresta version would have driven me nuts, not to mention the weight of the brass parts. I am still getting used to the shape and keep picking it up upside down. I do like the lock and release; it seems much stronger than that used in a traditional knife.