I’ve had my GF for a few weeks now and unfortunately I’ve been really busy with work, side business, family that I’ve only made a handful of successful projects.

I chose Affinity Designer over Inkscape for the more refined and ease of use. I also started learning F360.

I found that exporting from AD at 96 brings artworks to the GFUI just perfect.

I’ve made a box with the raiders logo on the lid with the hinges included. Courtesy of a box generator.
The logo is sort of a happy accident because it engraved everything so I just had to convert to SCORE after and give it another pass. It worked. 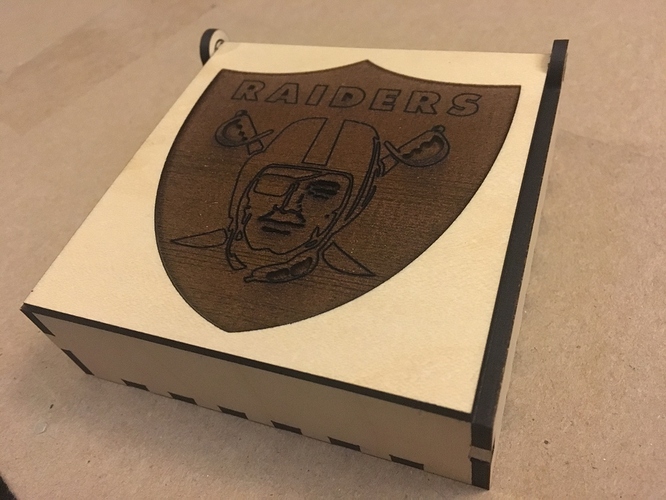 Then I made a prototype for a leather patch that will go on some hats. ( my first paid gig),
still need to tweet the settings on this. I bought scrap leather on a local shop and it seems that it was very dried out that’s why the B and A on the logo lost one of the center parts when I peeled the masking off. I worked much better after I conditioned the leather and also reduced the engrave power. (look at my other leather test below) 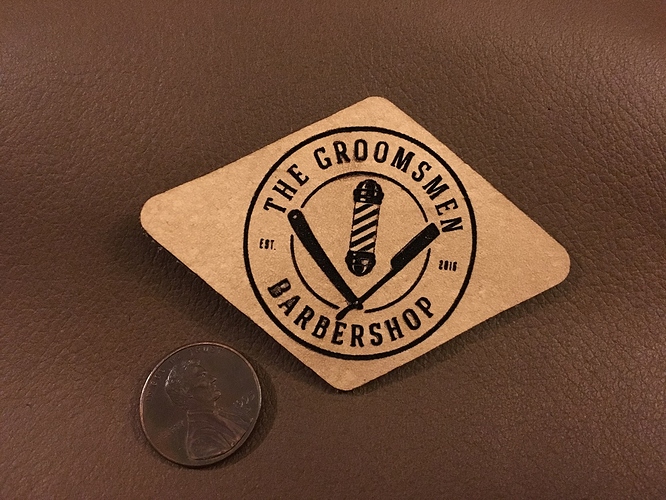 I sort of stole the design from Pinterest. I saw it and made it on AD. I did a bunch of tests on this one before it came out right. I wont be selling any of these but building it from scratch opens the door for many more things. 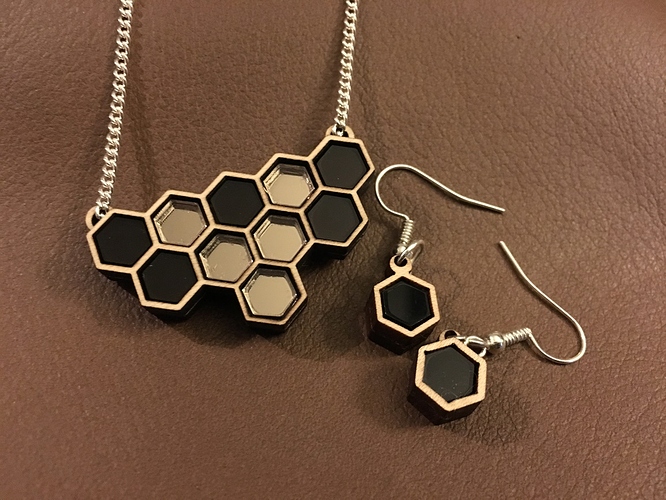 Made a leather cover for the Moleskine journals for my wife (still needs the elastic band for the journal. Because I used non PG I masked it with blue tape and oh boy it’s a pain to get it off. 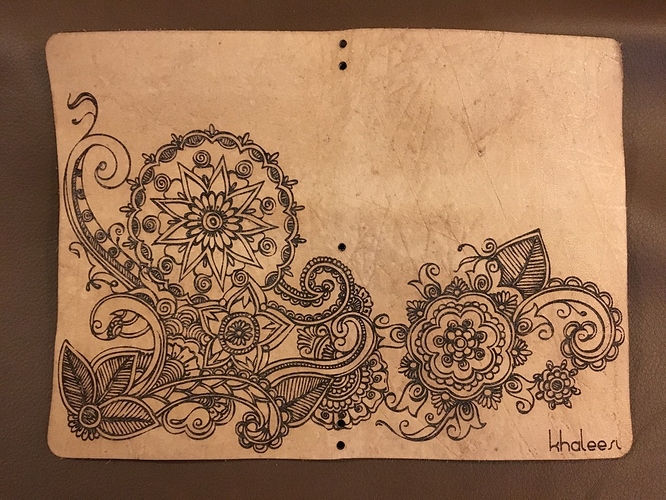 Made some recognition ( or challenge coins ), for my coach and CrossFit classmates after finishing our first two weeks introductory class.

Because I didn’t have the official logo of the GYM, I used the pen tool on AD to trace a website logo and a few shapes to make it happen. It looks just like it. I also had to convert to PDF on this one because the GFUI didn’t recognize the areas I wanted to be ignored and the PDF came as a raster image I guess so it worked just fine. 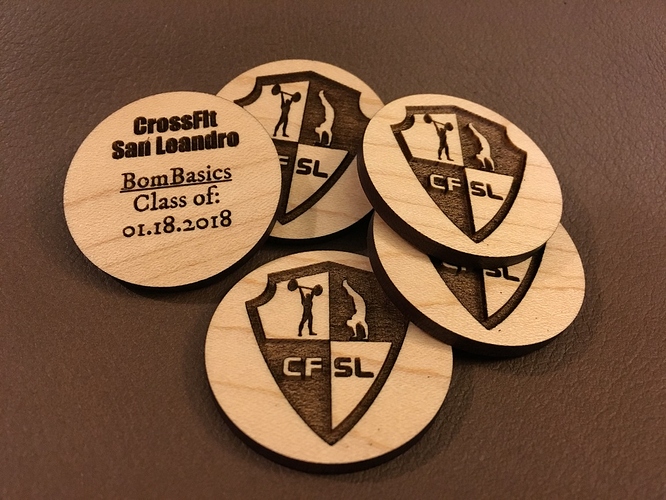 And lastly, i made an intent for a good friend with his inspirational word out of Walnut Veneer and dark acrylic from Inventables. 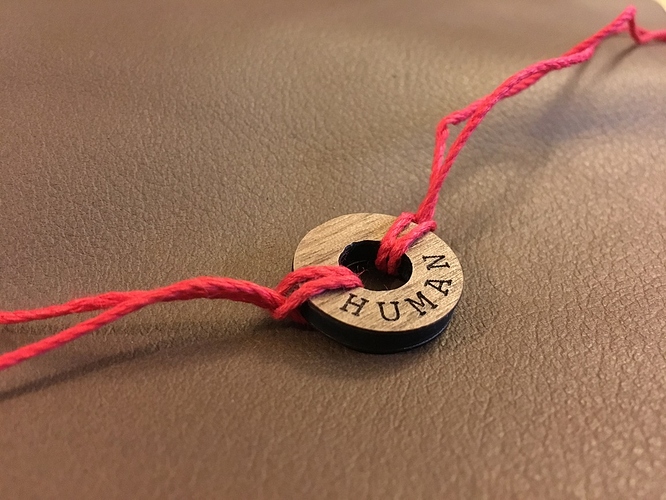 BTW, RAY is the name of my GF.

Awesome projects!! I love your creativity!

Oh I like that name, I wonder what it could be…Some really cool projects you’ve got here, I can’t let my wife see that honeycomb design you’ve recreated, otherwise you won’t be the only one putting their touch on it

Awesome projects! I hope you get more time to create soon.

You have done well in limited timed. Everything looks great. There is always learning curves in any new endeavor.

Very Nice, interesting to see you use so many materials to learn with. Can’t wait to get started.

Awesome projects! (And cute name for the beast!)

Haha I will share the SVG’s on the forum for you and your wife. lol

Awesome work! If the coins don’t motivate everyone to stick with the cross fit class, I don’t know what will.