So I needed to make a test box that would be used as a coster holder. I used the boxes.py website to get the file to upload and cut. I just used the pg draft board, as I didn’t want to test it out on something nicer. I left most of the settings on the default, and left the material thickness at 3mm. It seemed to go together alright, but I noticed that it was easier if I put what would have been the bottom of the sheet when it was getting cut out on the Outside of the box. I should have also taken the generated file and moved all the square cutouts for the fingers down a little, as they made for a very thin section, which actually broke a little when putting it together… 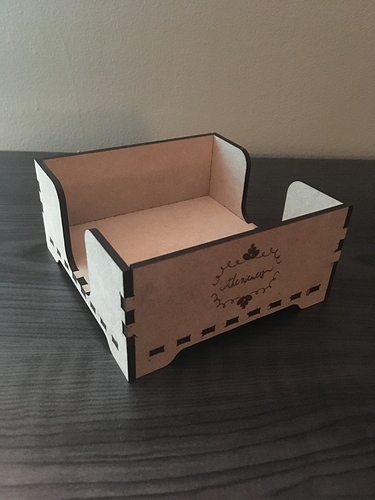 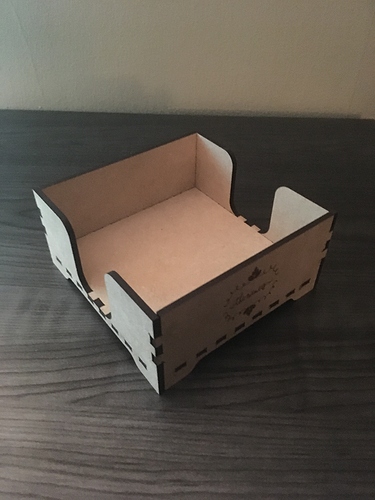 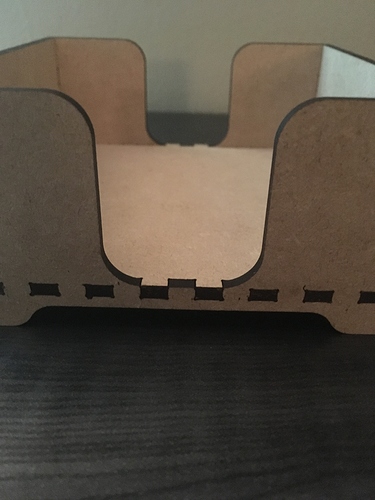 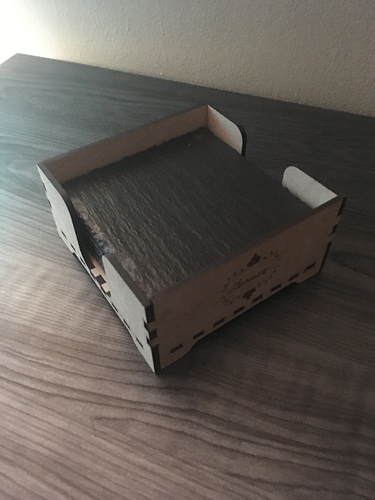 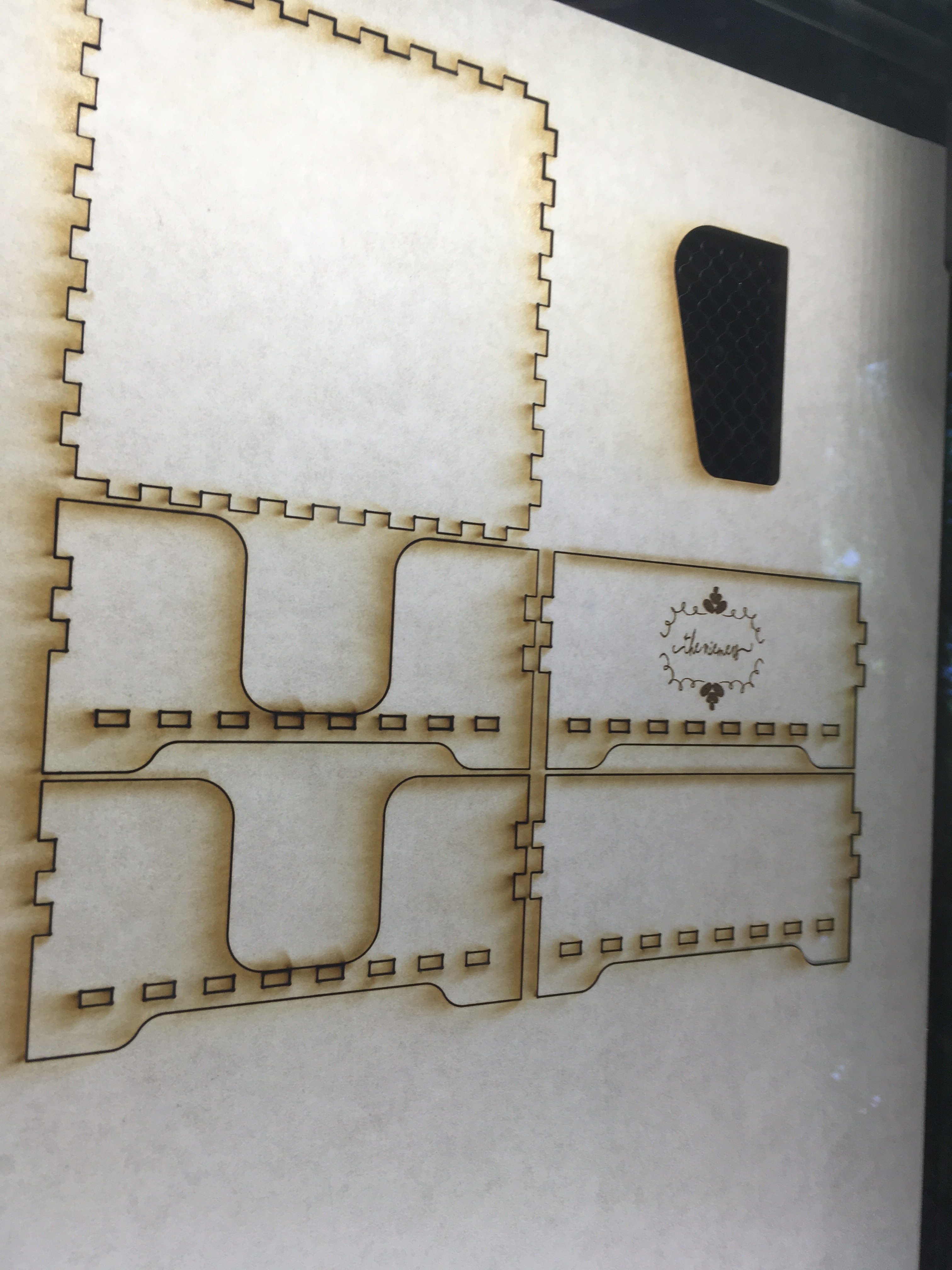 Yup! you need enough room at the bottom of that "U"or perhaps take out the finger joints in that area. Another idea is to keep running the “U” into the bottom. You have fingers a plenty to keep everything else in place.

Yeah, I didn’t edit the file at all lol, but I was too impatient to do anything haha. I just wanted to get one made up to see how it would go together. I did notice it almost seems like the forge cuts at a slight bevel? Like I said in the description, it seemed to go together easier if I flipped the parts around, which wasn’t a problem, but that originally put the engraved part facing the Inside of the holder.

I think it might be a work in progress. I haven’t seen that box on the site before.

It is listed as “Notes Holder” on the site

I tried it out, but I could not find a setting to adjust the slot height.

Me either. I will just have to take the file into Illustrator and move some things around, shouldn’t be too bad, but I’m glad I’m not the only one who didn’t find that adjustment lol

I am a big fan of boxes.py, if you use it a lot like me you will want to install the greasemonkey script to store your setting in the svg file.

Oh nice! I’ll look into that more tomorrow. Thanks!

I did notice it almost seems like the forge cuts at a slight bevel? Like I said in the description, it seemed to go together easier if I flipped the parts around

It does! (most laser cutter do) The beam is actually straight sided hour glass shaped, like two cones point to point. That’s why material height and focus are so important to get good cuts.

I experimented around with the settings on Boxes.py and found on the “Settings for finger joints” section a setting that will move the finger joints up, giving more space on the bottom called “edge_width” which gives “space below holes of FingerHoleEdge”. Setting this higher moved the finger joints and also shortened the U of the slots. I was able to move the joint holes down in Illustrator to get them away from the bottom of the U.