Fixing a printer with a printer

I recently moved, and I can’t find certain things that were always to hand. I’m trying to set my 3D printer back up today and couldn’t find the 7mm wrench used to adjust the Z height nut. So I made one! I had a parametric model for an 8mm wrench I made some time ago, it was the work of minutes to convert it to 7mm and cut it out. 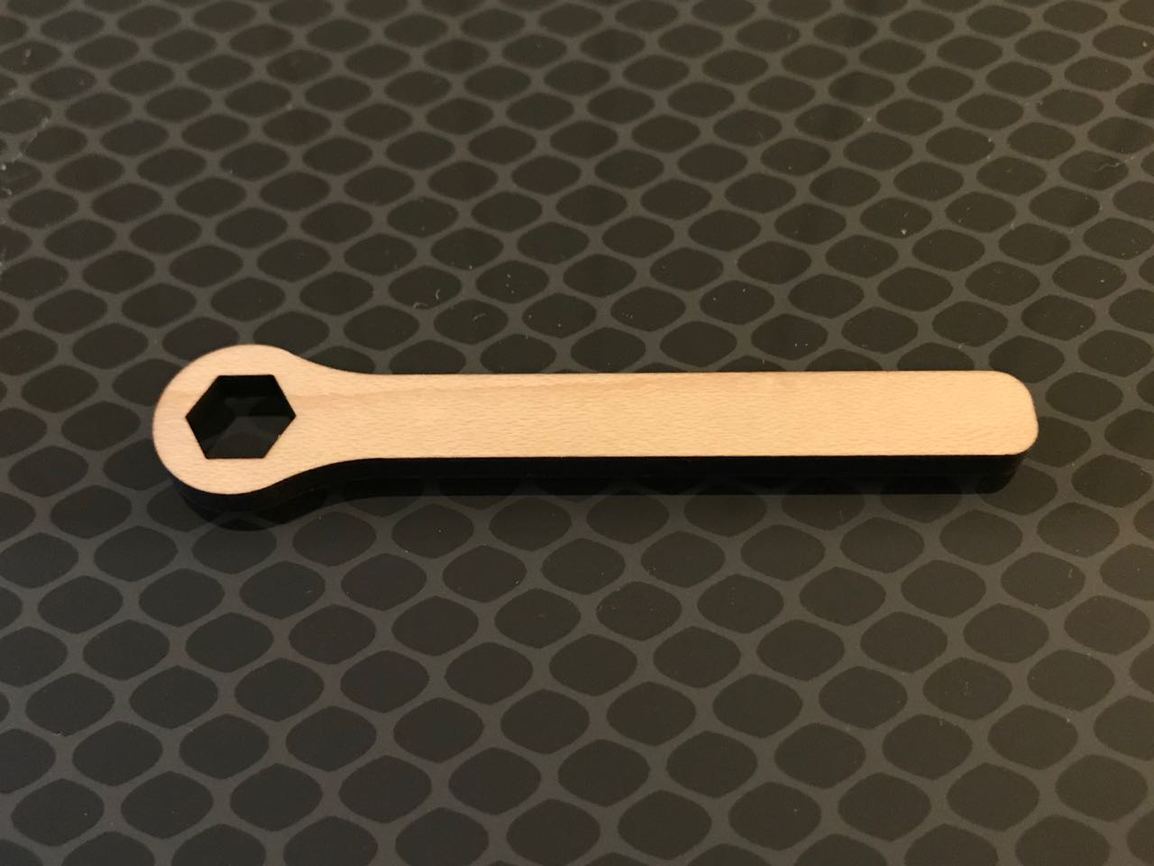 (You didn’t print one of the dryeti wrenches? I really liked that one.)

I threw away a lot of random doodads in the move. Also, my lock nut was moved to the bottom long ago, so I have no need for nesting wrenches.

Anyway, I’m fully back in action now. Now witness the firepower of this fully armed and operational battle station, with both subtractive and additive machining! I’m going to have to think of some designs to play with that require both.

Chuckle! Had an idea for one a while back that used 3D printed lithograph panes in a lasered tealight holder. Just been spending too much time having fun to get around to doing it yet.

(Still an awful lot to explore with this.)

Anyway, can’t wait to see what you come up with.

Have you considered laser etched lithophanes in acrylic? It would probably need to be a translucent acrylic in order to get enough light blocking density…

Yeah, I need to get a lot better with acrylic first though. So far, my focus has been on the woods and plywoods. (With a few side trips for the occasional grain of rice.)

I’ve got some acrylic here that I’m trying to come up with a good idea for.

Very clever! I’m learning that it can be faster to print a new tool than it is to search for the original.