My son broke his pencil case at school. I was going to swing over to Staples, but figured I should break out the Glowforge and give it a go.

I first searched the forums for some random inspiration. Loads of pencil case designs, and I still love all of the living hinge designs. But I do not see those surviving a third grade class day, let alone the remainder of the year.

So, a standard tabbed box with a sliding lid sounds right. I would do a hinged lid… but again, I fear an easy break of a critical component.

So, first goal is to figure out how to get my slot for the lid to slide through. Hence posting this in Everything Else instead of Made of a Glowforge.

I ran a few test swipes on some 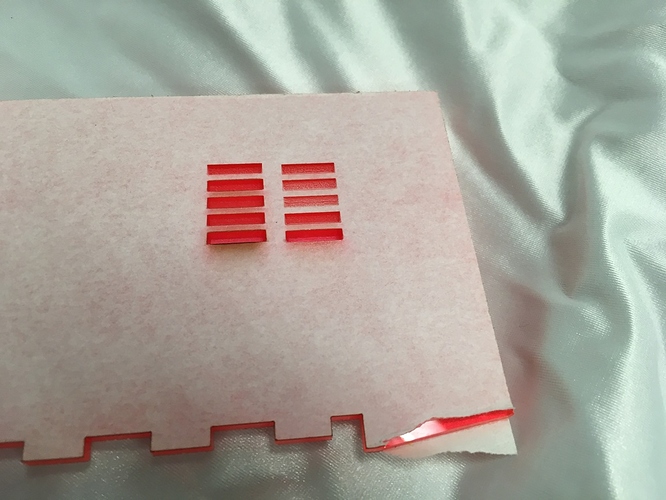 I did the swipes on the right first. From top to bottom it was Graphic, Deep Graphic, Light, Dark, and then a manual 1000 speed + Full power (twice).

Well, back to the prep file to see how deep I actually wanted this thing to be… measures out that I am looking for a 1.63mm depth. None of these worked.

So… the auto settings won’t work for me, I have to do a manual, but the manual I did try was too strong.

Okay, now that I have my slot settings, gotta figure out a design to put on the sides. Xien (my son) loves Pokemon right now, so I searched google for a few images and found some nested evolution silhouettes. Those were awesome, so I grabbed a bunch. 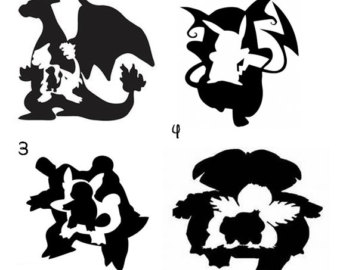 Problem was that using them as straight image files gave me greyscale style engraves as the automatic settings, and those ruined the silhouette nature, and had a bunch of artifacts.

So… Inkscape to the rescue! I used Trace Bitmap, Brightness Cutoff. 0.45 worked on most of the images, but a few had three colors instead of simple black and white. Those ones I stayed with brightness cutoff and just did two traces, then combined the parts which were good. 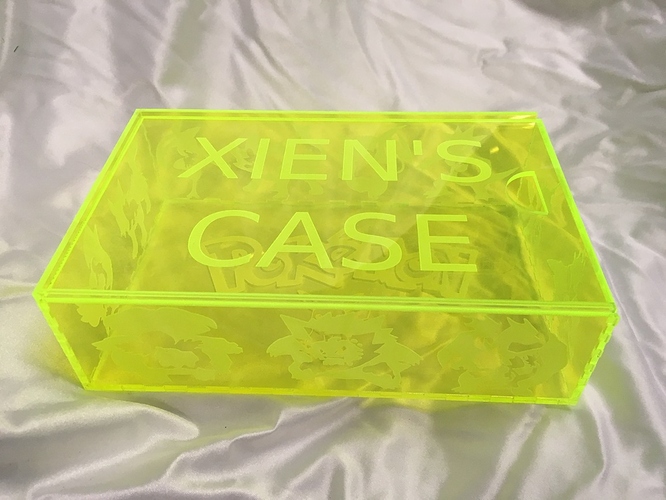 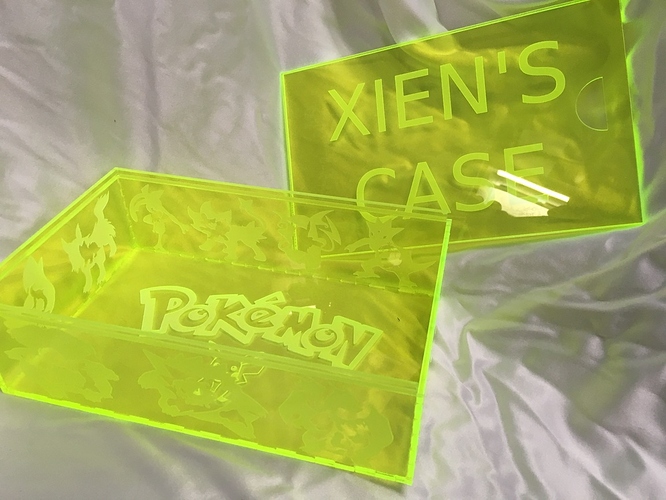 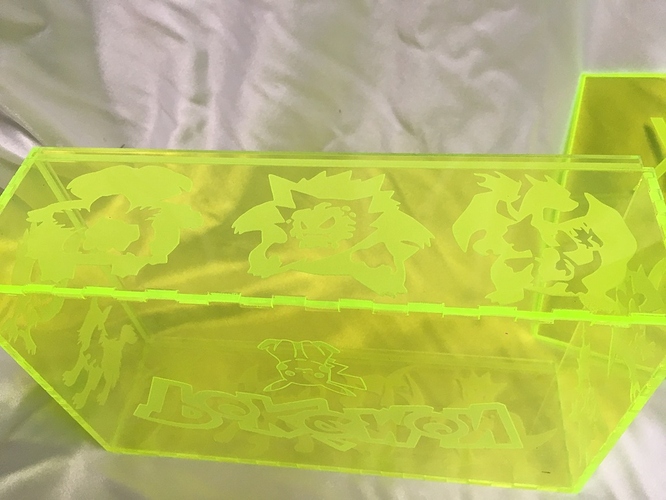 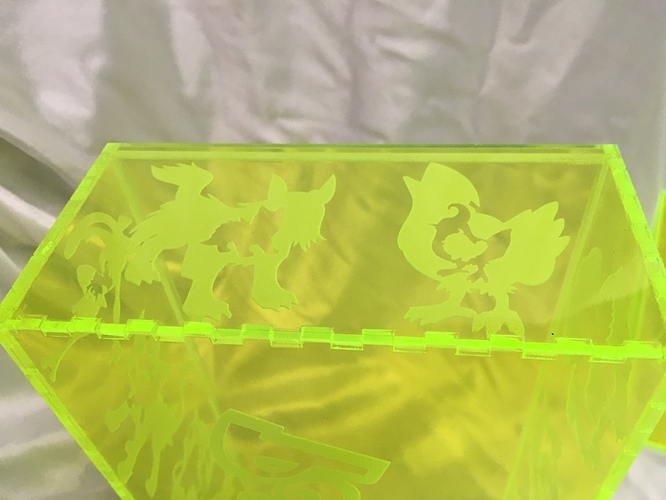 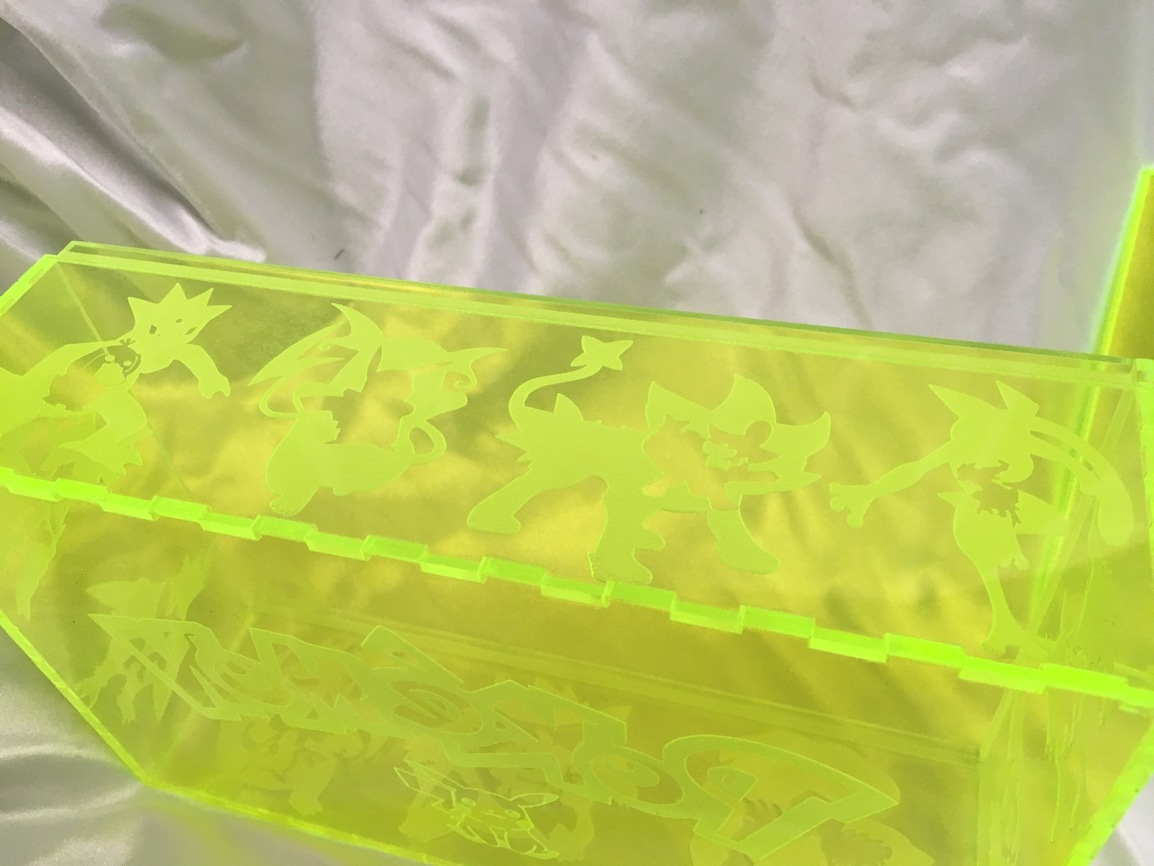 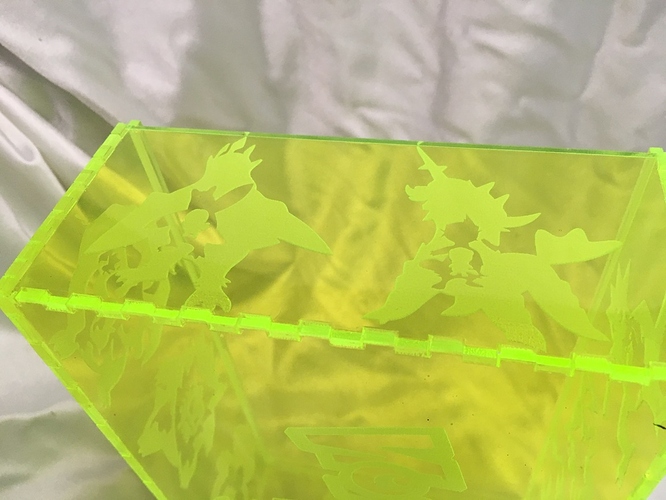 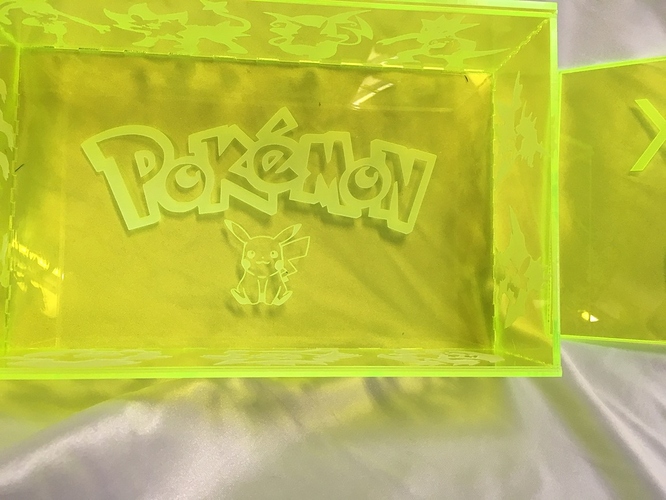 I had actually done the whole thing wrong the first try. I accidentally left the tabs in place above the lid (made it a huge pain to slide the lid on, since the slot was just touching the tab bottoms), and I forgot to remove the slot and tabs from the front panel completely.

But… failed box was trimmed down to remove the lid slot and will serve as a box at the house for whatever they decide to throw in it. 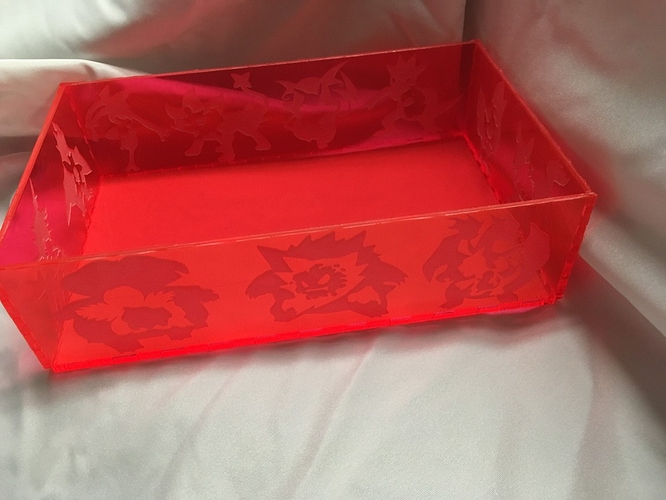 Terrific! May I ask what did you use to adhere the box pieces together, or is it a friction fit?

Terrific! May I ask what did you use to adhere the box pieces together, or is it a friction fit? 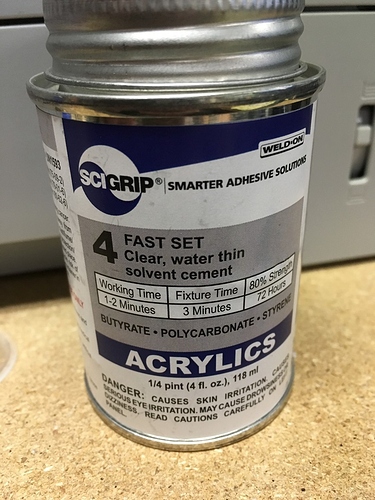 The friction fit was decent, but would not have held together when sliding the lid on and off.

Yep…got this. Thanks for the confirmation!

I bought mine with small syringe topped squeeze bottles, and funnels to fill them.

Do not use the funnels.

I finally realized I should just drill a hole in the lid of the can, and then use the syringe on the bottle to suck out some fluid. No more waste while trying to pour out of a tiny can not built for pouring.

I notice that the ‘Weldon’ that I use goes away if I don’t cap it tightly.

Nice job on the box.

That florescent engraves well, and the color makes it hard to loose!

I finally realized I should just drill a hole in the lid of the can, and then use the syringe on the bottle to suck out some fluid.

Timing is everything! Recently picked up a can and was puzzling over the “cut to open” inner lid. Was thinking about punching a small hole when I read your post.