Forgey didn't fully engrave or cut based on design

Had my first issue with Forgey today where it didn’t do what I expected it to do from the design I uploaded. First pic shows what I was intending to do, border pieces for the Settlers of Catan game. I had done 2 other sets prior to this 3rd and final one, without any issues. On this one, I had the a PG engrave, a manual engrave at 80% power, one cut and two small items set to ignore (letters outside of the border pieces that I didn’t want engraved). 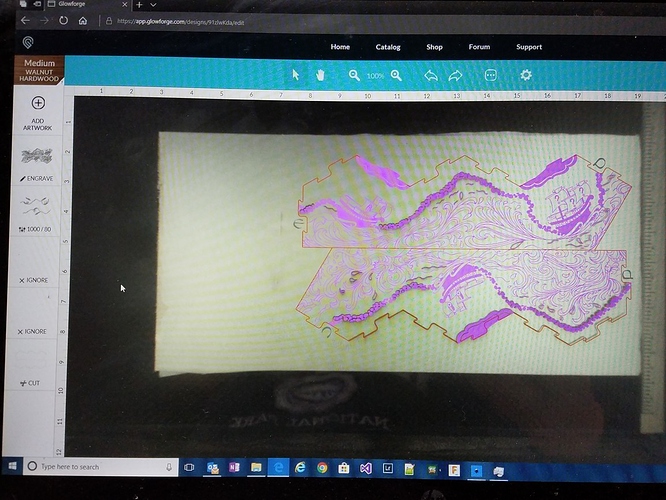 This is what it wound up doing after around 50 minutes or so. 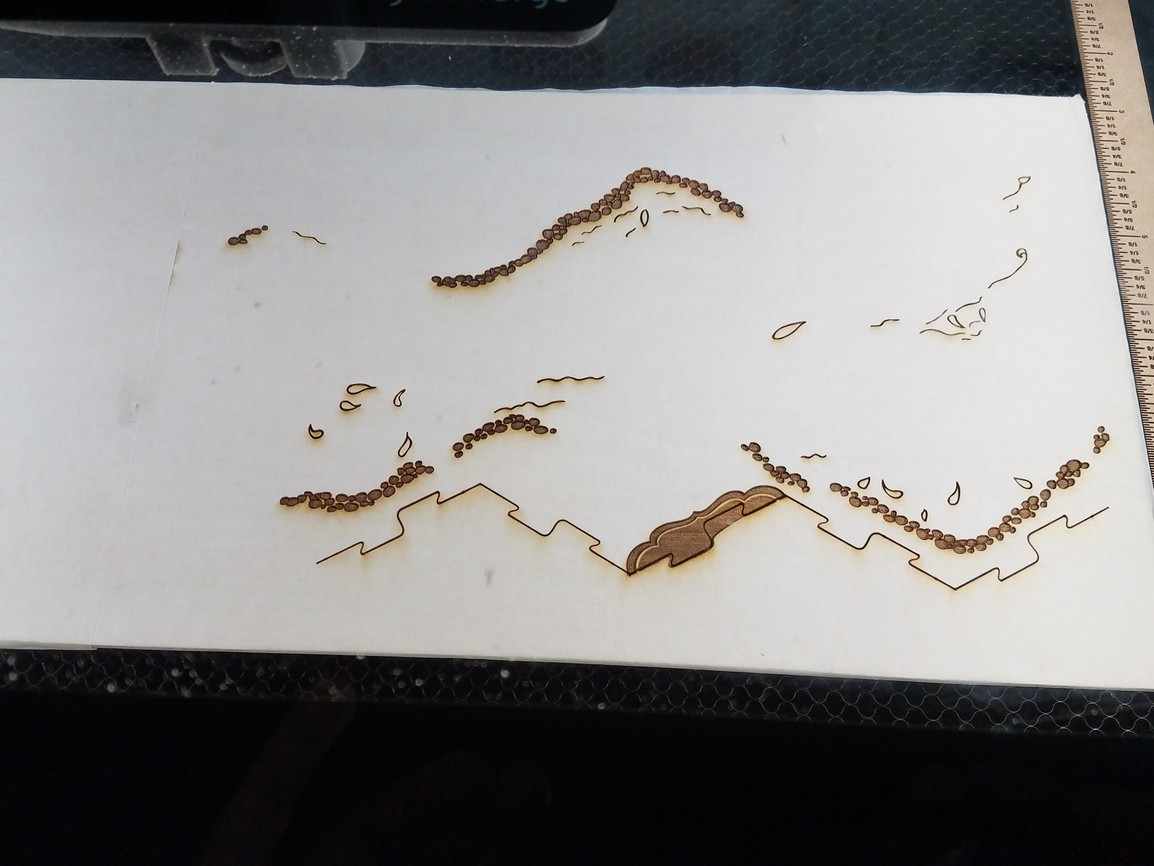 I reran just the cut (set everything else to ignore) and it cut as I expected. because of the other partial engraves, I couldn’t just re-engrave things as it seemed to pick bits and pieces of the original. Very odd that it did parts of the cut instead of all or nothing. No idea what Forgey was thinking here. It might have just being going a bit

after getting worked all afternoon.

I’ve got another piece going through right now and it’s looking like what I would expect, no changes to what my original settings were.

Is that all vector?

One of the problems that has reared its head is that on node-heavy vectors (especially text converted to outlines, because it contains a ton of anchors/points/nodes/whatever descriptor) it can take a minute or so for the actual design to fully process beyond just displaying it on screen. When you mouse over the engrave job (on the left panel), you can see things lighting up sequentially until they are all lit up.

If you hit print before it’s all processed, only what’s been processed will print.

One of the Support suggestions is to draw a bounding box (of a different stroke color to make it a separate job) around a “complicated” design. This will make it process it as a group (all or none basically). You can then just ignore the bounding box layer.

Yeah, I’ve certainly seen it take a while to light up some of the sections as I hover over the left panel. I’ve been waiting until I can see each section light up before I progress. The other two prints I had done before this one were actually slightly larger pieces of the border, an additional 3" or so wide. Neither of those had a problem. With the one I have running now, I restarted my browser just to make sure everything was cleared out and wasn’t trying to hog too much memory.

I’m not overly concerned with it, just figured might be something that support was interested in. If it is a matter of the UI not having really got everything ready to print, it really should disable the print button until it knows everything is going to be good. For this print, it was just a cheap piece of birch but if it had been a more expensive piece of wood, it would be tougher to shrug it off.

If it is a matter of the UI not having really got everything ready to print, it really should disable the print button until it knows everything is going to be good.

I’m so sorry your print didn’t include all the pieces you expected.

I took a look at your design and found that while the lines that make up your shapes are grouped together, they aren’t actually joined as a single shape. There are a few ways to resolve this:

If these options don’t take care of the issue or if you have another question, please let me know.

Thanks for the suggestions pip. I think it wound up being a slow loading of the design in the UI and me hitting print before the design was really ready. Restarting the browser, re-loading the design and waiting a bit longer for it to load wound up taking care of the problem.