Forum is still not Feeling Well

Continuing the discussion from Forum is not feeling well:

Forum is not feeling well

Sorry about that everyone. We deployed a fix earlier so you should be good to like again…

ROFL! Not quite yet…Oddly enough, i was liking this post when I got this message:

(It only seems to affect us liking a Discourse post…I can still Like other posts.)

I just liked it.

But there was a post after you said this was fixed that complained of an extremely long time to wait.

(It’s not a problem anywhere else…something is just a bit out of kilter still.)

Okay, i can’t Like that one either. And again, only your posts.

Okay, now it’s working! Just dropped a like on it.

Is anyone else getting the error?

Yeah, I hate to say it, but the wait 201 hours error message has now started popping up frequently when I drop a Like elsewhere (and I drop a lot of Likes).

I have found the second or third try will allow me to ‘like’ even though I get the ‘wait 199 hours’ message.

I fell for your transparent ploy to get likes.

If I understand correctly, notifications are suppressed if you’re actively looking at the topic, so I didn’t get any on this one. But if it helps, I replied via e-mail over here: Can’t cut a tracing. Won’t let me change from engrave and you can try to like that.

Yes, that one threw up the error message when I tried to like it.

I had no prob.

It was his bug. 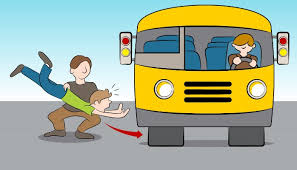 Well this one was doozie, I optimized performance of our rate limiters earlier this week, during the onslaught I amended the way we grab times to use a more efficient mechanism.

What I forgot to account for was the new way I grabbed time gave us different times on different machines cause we read it direct from the CPU.

You are all load balanced here between 5 or six machines so … well this leads to all this crazy and also explains why liking eventually works.

A fix is in the oven … will be deployed here in the next 30 minutes.

Well I was able to like both of your posts, so keep on keepin’ on!

Deploy is done … as an added bonus @Jules you get a whole new bunch of likes now cause I had to reset the rate limiter key.