I used to say that my computer was sooo old the memory was in trilobites.! Then was talking about engraving them in shale. So I figured it was time to make a sample and discovered that it was a lot easier said than done. I made a good grayscale in Blender if the overall shape but there was little detail, so I went to gimp and used the elevation map to lighten or darken the photo and did a variable engrave but ended up burning it in the deep parts (and burning the loop away in the small one): 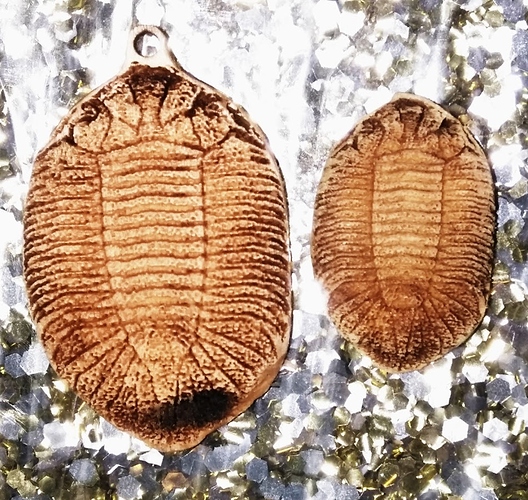 So I tried to lighten the burn but it took three tries to get through but just barely managed not to burn it too badly. even so, I would like to get more depth between high and low in one pass, and not three sets of three : 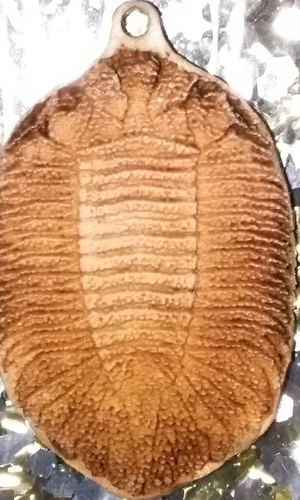 Yes, you can see especially around the head that it was squashed flat in the original but I managed a nicely arched back in Blender that did not happen in the engrave. After rubbing down with alcohol I hit them with bleach to get them from scorched back to wood and then alcohol again to drive out the excess water. If I ever do get a good piece of shale getting depth will be harder. 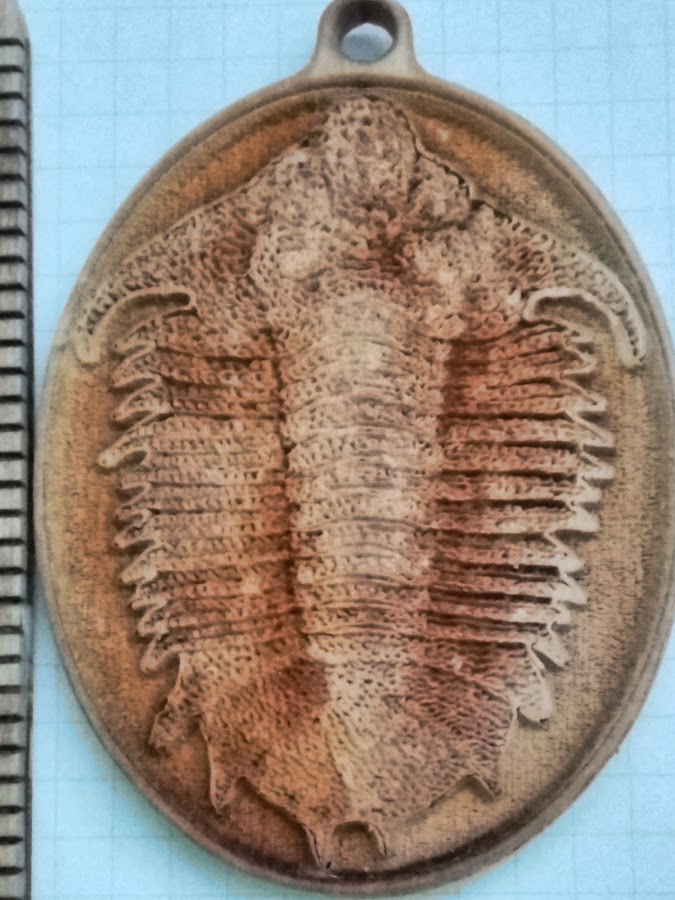 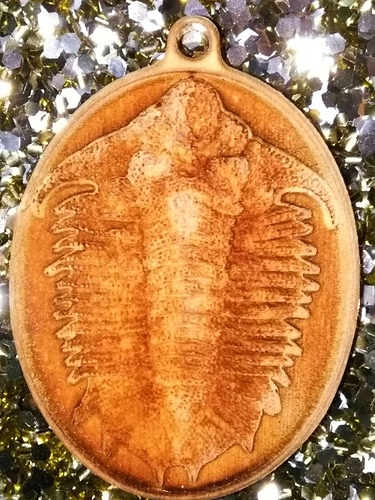 So much ‘stuff’.
So little time…

Those came out looking great.
Just sad that I cannot drop what I am doing and make a few fossils for myself, heh heh.
I suppose it will have to go on the back burner with the other 242 future projects.

I suppose it will have to go on the back burner with the other 242 future projects.

Only so few? I must have at least 8 ( depending on what is a start and how you divide it. The Trilobites are earrings, pendants, coasters, and boxes at the moment and two kinds so far) in various stages of experimentation, with more planned directly for wood etc in house, probably in excess of the materials in house, and that is not touching the fractal expanse where each idea implys many more ideas, each new source a hundred new opportunities not available before ( what could you do with 12"x 24" x 1/16" in several fancy woods, when you have been making do with 6" wide x 1/8 inch thick basswood?)

And of course everything you folk make that sets wheels spinning in many directions each.

Very cool! I think the detail is just fine. Would love to be looking over your shoulder when you do the Blender work—still can’t get the hang of that program.

still can’t get the hang of that program.

Inkscape is a mountain, Blender is a mountain range. Most of what I do is take the “Back to the Future” DeLorean to the store for groceries. The Trilobites were the first I have used the sculpting tools that are a sizable part of everything. I have never used it in time manipulation as example, and no sure how that would work. As many folks have modified the program to solve different problems I sometimes wonder if anyone knows every aspect of the program, any more than anyone knows every aspect of what a computer does as that is an entire planet of mountains…