Extremely belated Hannukah gift cut from medium PG plywood. I had to experiment with this a few times because the cut kept messing up. I first tried with storebought cold press illustration board, but it didn’t cut all the way through, then I switched to PG draftboard but it didn’t cut through either.

I was running out of materials and patience, when this finally worked out! 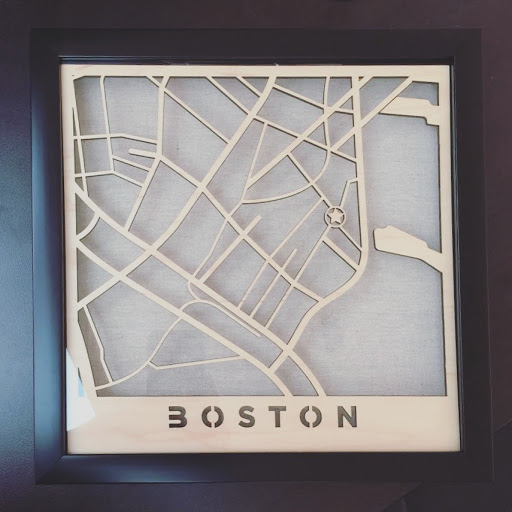 Wow, looks great! I like the simple stencil font; it goes perfectly with the clean lines of the map.

Reminded me of this(blurred for super naughty word):

Looks like I don’t know how to blur a picture, but I blurred the link.

I love how you can tell an old city by how the streets are laid out.
Looking at Europe at night from the ISS, the streets radiate out from the center, built upon the paths through the wilderness that headed for the village > city > metropolis. History paved over.

We get the Boston model in the south - too many cricks and bayous.

That is exactly what i thought of when i saw this! (I live in Atlanta now but I am from NYC and I how miss that grid based logic)

You didn’t give up … The success is yours. Looks great!

Interesting story about the city of Adelaide, Australia.
Much of the design was pre-prepared in England by Colonel William Light, he designed the city using current military ideals.
Thus:

The massive attack by Aboriginals he feared did not eventuate but it makes for a very easy city to travel through. 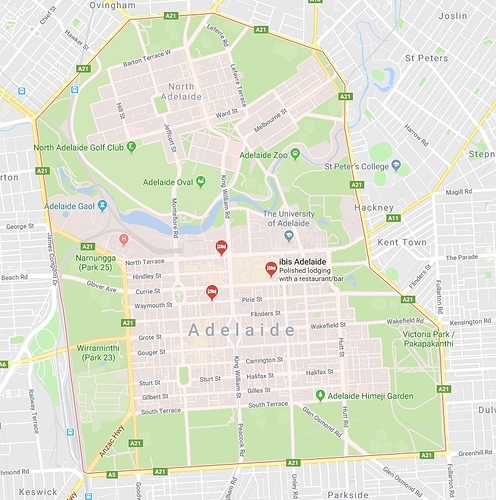 “ADELAAAIDE!!! It could be so nice! Celebrate!”

I have lived in the grid-based logic of Miami Area and the grid impossible of Orlando, Florida area (different also because it is dozens of burgs and not one central city that grew together). While you can certainly know the location upon hearing the address and know how to get there, each place loses itself and I realized that driving in Largo Florida (that is also grid-based and across the state) that I could not have said from a photo that it was not in Miami, with all the same plants, franchises, street signs, building styles everything! Some parts of each city are iconic, but the majority of both is a big blur of sameness.

By contrast, finding your way around the Orlando area is difficult, but almost every location is unique, not to be confused easily with some other town, or location within Orlando, as even the urban sprawl is pretty distinct from place to place. I think this has subtle psychological effects on long-term residents that “my home” or “my neighborhood” has a different meaning where you can tell at a glance where you are.

Fun and educational response to this. Digging the history and city planning discussion

Can I ask where you find these maps? Or what these kind of maps are called?

I wanted to make a map specific to the giftee’s location so I looked up the address on Google Maps, took a screen shot, then redrew them in Adobe Illustrator. I don’t think there’s a specific name for this type of map, but if you want to see more examples of this, you can just Google “laser cut city map”

Love it! I can’t wait to make these sorts of maps when I get my GF. This looks like a great resource for how to make these, too: http://www.instructables.com/id/Laser-cut-wooden-maps-with-public-data/