Hi Everyone! I’m so glad I was able to get this piece done (enough to post, I still have a little gluing to do) before Halloween. I had the idea to do a Frankenstein piece for my friends who I made the Legends Bride of Frankenstein for. I do understand they like the Universal Studio’s adaptation of the two misfit monsters who belong nowhere but with each other. However, my muse did not feel that attempting to replicate a movie studio set was on the agenda, and had other ideas, so I hope they still like it for their collection just the same.

After getting into Doctor Frankenstein’s mind for a while (scary place, go with a buddy) and taking a more Victorian-industrial route, I developed this artistic/literary hybrid that captures a “slice of life” on his journey to succeed in creating life. This particular experiment is a failure. I originally wrote a short story, but it was too hard to ‘attach’ to it due to length, so I re-wrote the plot as journal pages, pasted to the inside cover for display when it’s open. In my adaptation, Dr. Frankenstein begins his quest in London, and upon being discovered by local authorities, he flees and we are left to assume that he abandoned his secret lab ‘as is,’ and the journal entries help explain what things are and why they’re there. And, in my expanded head-story, he eventually makes his way to the Bavarian alps, where he succeeds in making his Monster, and subsequently, his Bride.

Cover and Journal Pages, you should be able to enlarge the journal pages photo and be able to read them, hope it’s not blurry. 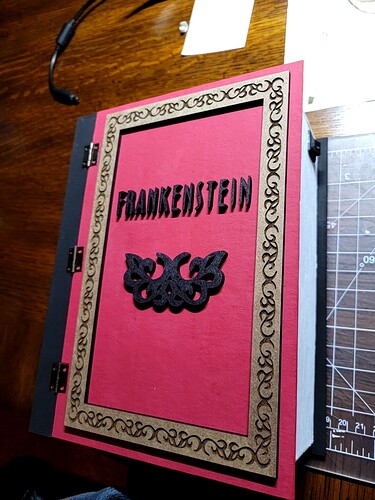 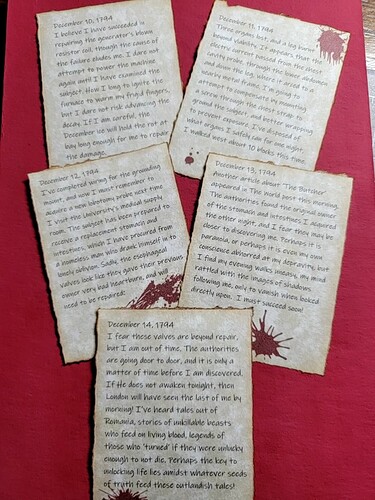 Inside with light off: 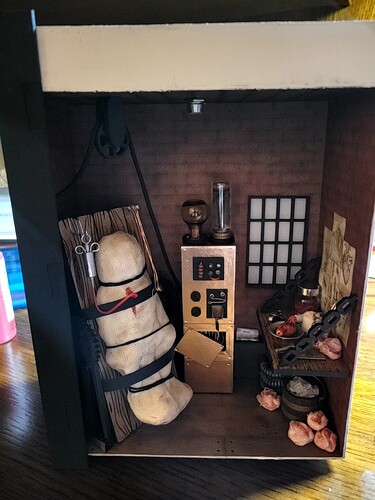 Light on and other angles: 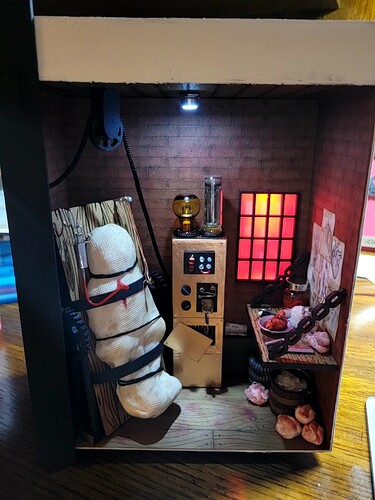 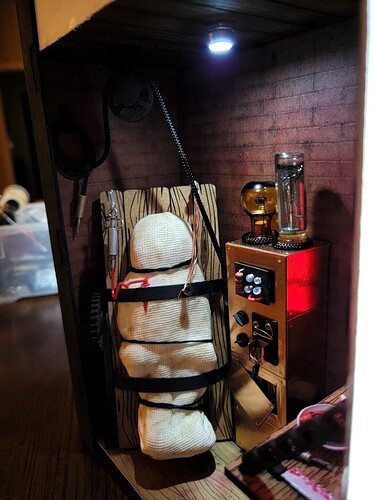 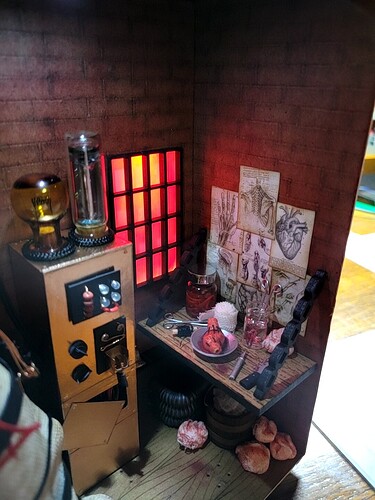 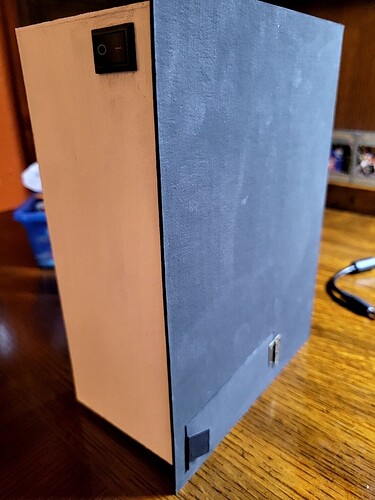 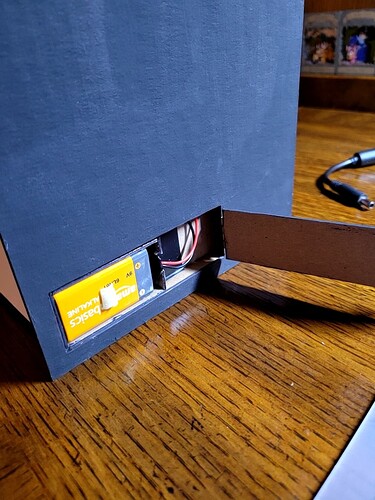 I used the GF to engrave/cut the table, the fold-down butcher block, chains, window, pulley, and cover accents from medium draftboard. The rest is hand-cut and carved chipboard, cardstock, some glass bottles and resin, clay, paperclips, paracord, etc. I used what is basically cheesecloth and mod podge for the bandages and body wrapping, then brush-inked with distress inks (red and brown). The body itself is a pipe-cleaner skeleton, covered in hot glue and then wrapped. 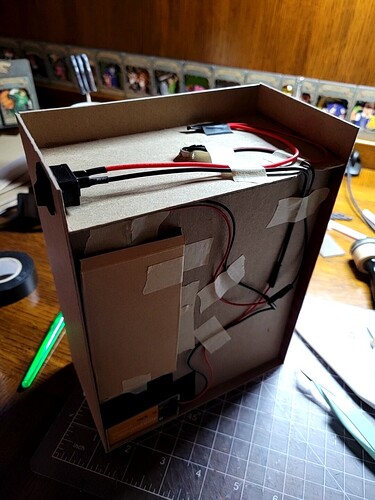 The internal wiring is two single LEDs, a white and a red, wired to a 9V battery through a rocker switch, and all enclosed in an ‘attic’ and a small gap in the back. The window has a “lightbox” that I made out of silver cardstock to capture the one red light and reflect/amplify it through a piece of parchment paper to diffuse the light. The 9V is disguised as the furnace under the window, and is accessible through a hinged door on the back, but I did not design it as well as I should have, it falls right out if it’s tilted backwards, so I had to use small loops of masking tape on both sides of the battery to keep it all closed. I’ve never wired anything like this before (until now, I’ve only used pre-strung strands of fairy lights), I didn’t solder it, just twisted the ends together and wrapped in electrical tape. Hasn’t burst in to flames yet and I leave it on for periods at a time, so…probably pretty good for first attempt?

Sorry for the long post, but thank you for taking a look, I hope you enjoyed the journey, and until next creation, have a safe and happy Halloween and Happy Forging!

I hope you enjoyed the journey

So detailed! Love it and all the construction details you’ve given.

Thanks for sharing this with us. Lots to see and enjoy.

You’re such a Hallow-weenie. Great project.

So cooooool!!! Those journal pages are

I hope your friends adore it!

A 9 volt! Dang, that should never need to be changed

Wow. Your mind… great job, and I am definitely not a scary movie/Halloween person.

This.is just amazing-as usual. Thanks for the write up and for sharing!!

Details on the little machinery is epic.

That is totally fun & creative, and thanks for sharing the write-up of construction methods. I enjoy seeing HOW people put their projects together every bit as much as admiring the final aesthetic result.
HL

Amazon has a variety of no-solder splice connectors for low voltage wiring. Those may be more reliable than electrical tape.

Another amazing turn out!

Your friend Better love this project! I mean how very wonderful. I loved reading the details. Thank you so much for sharing your journey with us!

Aye, true, the smaller ones probably would not require much more clearance be built in. Also thought about getting shrink sleeves and a heat gun. Guess I know what I’m putting on MY list for Santa…

Your projects are so inventive and unique! Just delightful. I like how you are now integrating lights into your projects.

This is amazing! Great job!