My 11 month old son has been in and out of the hospital the last couple of months due to complications from spinal surgery in mid March. He had another MRI today (his 5th this year), and awaiting him in his room when he returned this afternoon was NBA legend, Kareem Abdul Jabbar. A true gentleman and a brilliant guy. 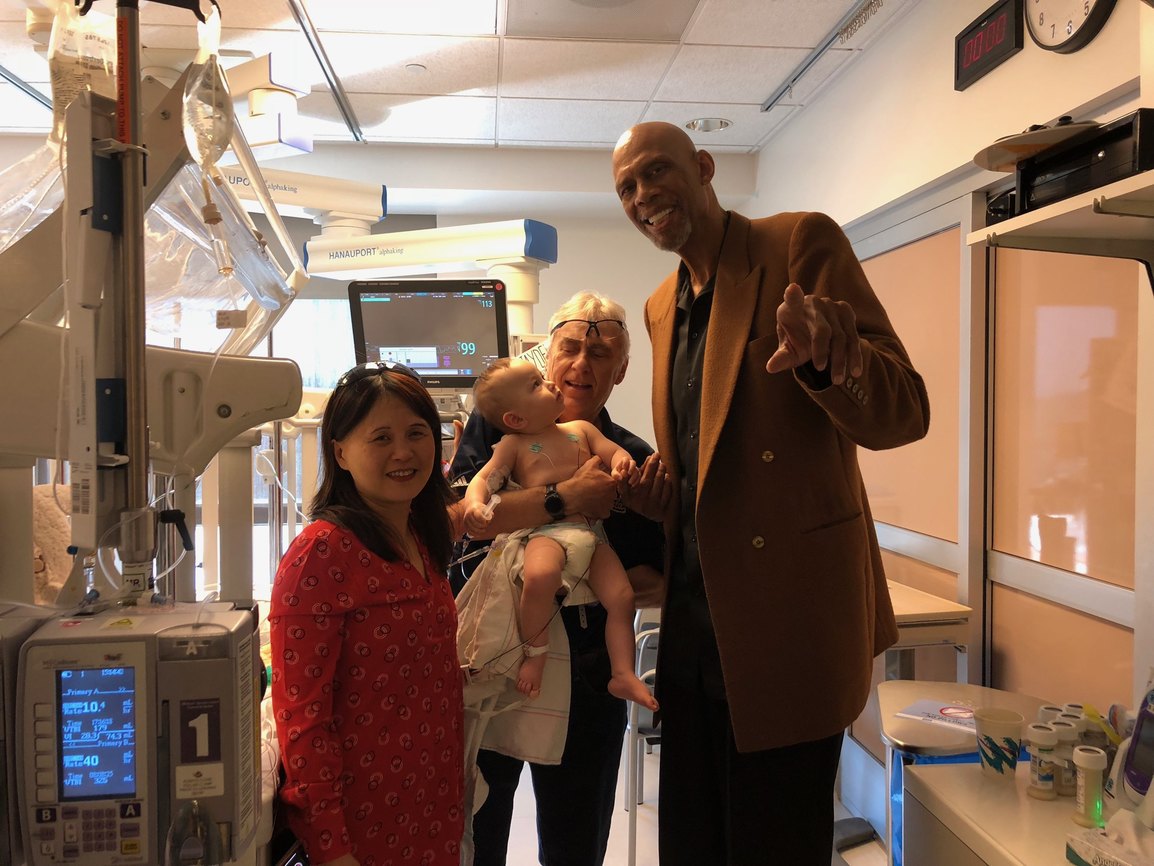 Oh wow, how cool! I love the look on your son’s face as he stares in awe at the giant

I’ve always heard Kareem was a beautiful human being and all around good guy, nice to know it’s true. I will send all the good vibes I can muster for your son’s healing

Within an hour of me emailing the Lakers a couple of weeks ago, asking if they could contact Kareem about a possible visit, they responded back asking for details so they could pass them along to his business manager for scheduling logistics. He was going to come a week and a half ago, but had to postpone due to a family emergency. But he arranged to come as soon as he could. Very special.

Joey : I think you’re the greatest, but my dad says you don’t work hard enough on defense.

Joey : And he says that lots of times, you don’t even run down court. And that you don’t really try… except during the playoffs.

Roger Murdock : [breaking character] The hell I don’t! LISTEN, KID! I’ve been hearing that crap ever since I was at UCLA. I’m out there busting my buns every night! Tell your old man to drag Walton and Lanier up and down the court for 48 minutes!

What a wonderful person. I hope your son’s MRI went well and he’s healing.

Awwwww, a special moment for all of you. Hoping your son’s health issues are sorted very soon.