Glowforge pro froze mid run, the app said the file contained text (It does not, it has text that was properly converted to path)

Now the button is stuck orange and the laser cant reset or recalibrate.
This is the second time I have had crippling issues with a glowforge since owning it, plus the ruined piece of marble I was engraving since it just stopped part way through! 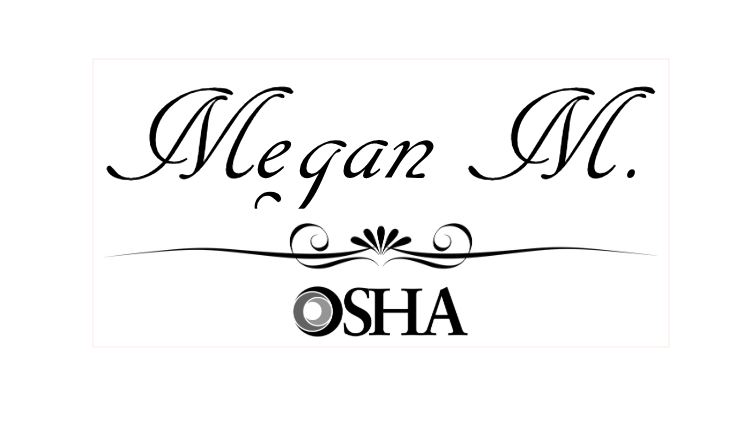 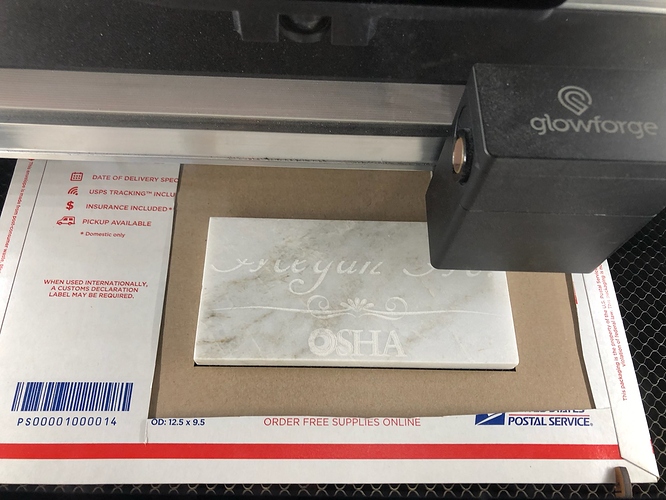 No error message in the UI? I have also had the message that the file contains text that will be removed when it all had been converted to path, and it ran fine, so I don’t think that is part of your issue. The yellow light is triggered by several things, most often it is a temperature issue, and that most often has been too hot… but a cold garage might exceed the minimum. In the case of too hot the machine will pause until it is cool enough to resume, and it will continue where it left off.

In an error report it helps support if they know the date/time/time zone of the attempt to find the machine logs to examine.
Big drag about that marble.

I did some investigating, looks like the ribbon cable pulled itself out of the laser head. Does not seem to have done any damage to the machine.

The test cut came out ok, so hopefully this is just a one time crazy happenstance

You’ll probably want to make sure that the ribbon cable is laid correctly in the tracks, (no twists or kinks), and that the cable is clicked into place. (It shouldn’t come out under normal use.)

It does not, it has text that was properly converted to path)

The ribbon cable is one of the most frequent causes of that orange light (behind temp). Something to pay attention to when removing the head for cleaning.

As for the text warning, a lot of times just an errant click with the text tool will leave a placeholder for text, which will be identified in the file as text. Basically, it’s just analyzing the files code for text/text fields.

Since they did that temp software change mine keeps freezing and pausing. I did the fan clean etc and still does it. Not a happy camper. I have lost a lot of material due to this freezing.

Must need a jacket in your space. My Pro doesn’t get a Too Cold alert until its below ~51F. Have never had my spaces warm enough to see a Too Warm. Usually below 65F year round (basement in the mountains)

The cable was in its track, no kinks twists or obstructions.
I have not not re moved the head for cleaning in a while AND i just did a few prints right before it happened.

As for the text warning, a lot of times just an errant click with the text tool will leave a placeholder for text, which will be identified in the file as text. Basically, it’s just analyzing the files code for text/text fields

Thanks! That makes perfect sense, across the evolution of a file with text I will often jocky with the text box. How would I check the file for those issues?

For Illustrator, I use a plugin called Select Menu: https://rj-graffix.com/select-menu-cs6-cc-2017-available/

For this, I just made some text and turned it to outlines as we normally would. Below that, I also made a click with the text tool and deleted out the lorum ipsum (in the CC version of Illustrator, it leaves the lorum ipsum text if you escape out, or whatever. In older versions, it would just automatically leave the blank text box).

To find these text objects, I would go to Select > Object > All Text Objects (as mentioned, I’m not sure if that is a default select option, or if it’s from my Plugin) 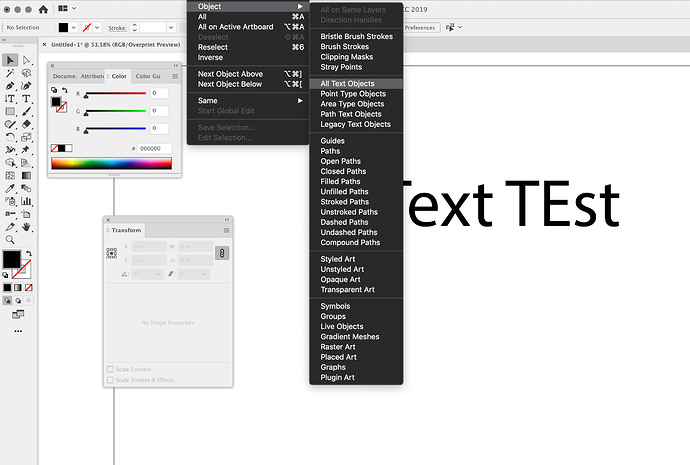 After I click that, you can see the little blue dot that is the selected text box. 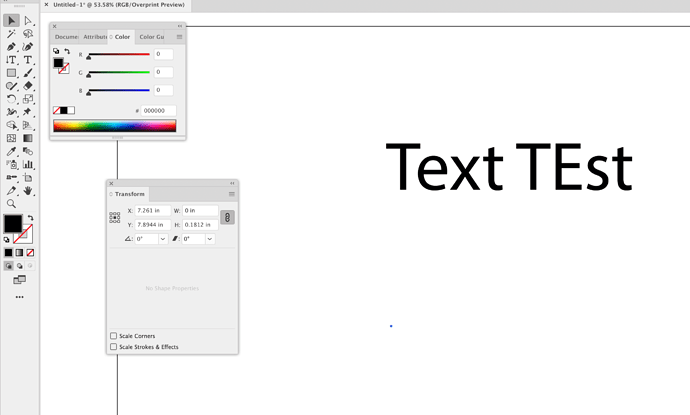 That gives a visual indication that you have an empty text path. A good practice though with any of the files in Illustrator, before you send out to SVG and to the Glowforge, is to go to Menu option Object > Path > Cleanup. That will delete stray points, empty text boxes, etc. 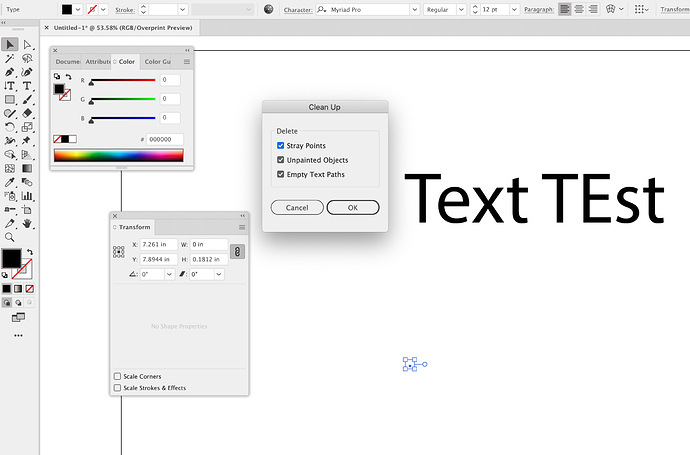 Thank you for the lesson JB!

I’m glad you were able to get back up and printing. Could you check on two things for me?

First, the ribbon cable should connect firmly to the laser head. If that came disconnected, I’d like to make sure that the clip on the cable is seating properly in the connector. If it doesn’t ‘click’ into place when you insert the connector, please let me know.

Second, while it is very rare, it is possible that the ribbon cable is catching on one of the screws in that channel. With your Glowforge powered off, could you move the head from the far left to the far right and back again? Let me know if the cable catches on anything as the head moves.

Thank you in advance,

I think you’re onto something. I’ve been having a terrible time trying to figure out why my unit has been stopping mid cuts, and this perhaps is related. I’ve emailed support with all of my troubleshooting steps thus far and am looking forward to hearing back. I’ve pretty much exhausted all of my own ideas, and have tried many different suggestions in the forums. I at least know it’s not my files as I’ve cut these files in the past without any issues.

If it is caused by the temp software change, clearly there’s a bug in the deploy for some reason. I’d love to be able to roll-back and see if things are fixed… @jae What do you think?

Hi @joshua.henry. We try to keep topics in Problems and Support to one issue per thread, but we did receive your email and we’ll be following up with you there. The issue you’re reporting is distinct from the one @Eric.H reported and I’d like to make sure we keep his support thread on track and that you get accurate and helpful information for the problem you’re encountering. You should hear back from the team shortly.

That’s fair enough! Though I wanted to at least chime in with a “me too” after seeing @jamesaellis1 reply in this thread here.