Fusion DXF and Inkscape And GFUI

I normally adjust for kerf in Fusion these days but a couple of suggestions.
There is a plug-in called laser dfx you can install and do your adjustments.
Make sure that you have the latest version of Inkscape and always choose from file for scaling the import.

What software do you use to make the fusion files into SVG? I think I will get that plug in!

I use Inkscape if using that plug in but if you learn to adjust right in Fusion you can use a plug-in written for the Shaper Origin and it exports svg directly!

So, I can tell you the difference between the files, at least…

The Squarefusion.svg that you uploaded isn’t defining any units.

The second, Inkscape created file, defines MM in the viewbox, which gives the other sizes in the document a definition to their size.

FWIW, the unitless SVG comes into Illustrator as 159mm.

Where is the SVG without units coming from?

I believe that file was F360>DXF>Inkscape>SVG. It would seem it’s exporting out the DXF without units and Inkscape doesn’t assign it units on the conversion.

I don’t know Inkscape well enough to say what to do there.

That doesn’t compute. You have to select a unit scale when importing any kind of file into Inkscape, you choose between “in file” defined or manual. At that point, it’s just another SVG - with defined units. I can’t fathom any way to get into the app without a scale of some type being defined.

I’m by no means an Inkscape expert, but I’m no “computer newbie” and have been working with CAD-style software for over 30 years.

I’m just saying what the SVG file says - it has no units defined, which probably defaults to pixels, without a unit designation.

Understood. Not disagreeing, just wondering how that is possible when Inkscape works in units - whether it be traditional measurements or pixels, it is defined.

I’m just saying what the SVG file says - it has no units defined, which probably defaults to pixels, without a unit designation.

Yes, SVG defaults to pixel dimensions (well, technically “user units” but that’s normally the same as pixels). SVG’s heritage as a web technology makes some of its design choices unfortunate for “real-world” use.

I suppose the lack of being defined, means that it’s by default interpreted as pixels.

Here’s the file that originated in Inkscape: 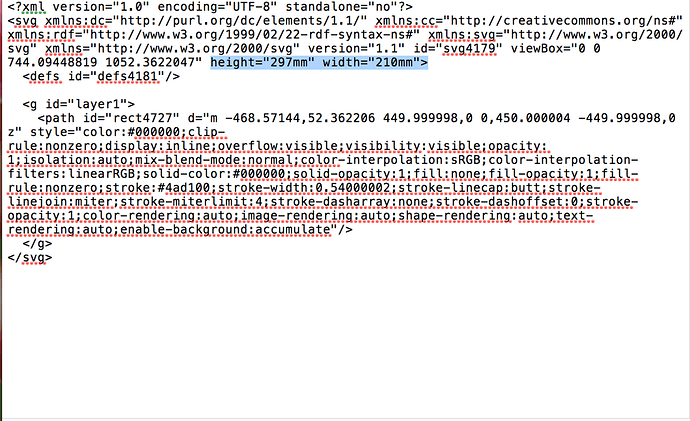 Here’s the file that originated in F360, to DXF, to Inkscape, to SVG: 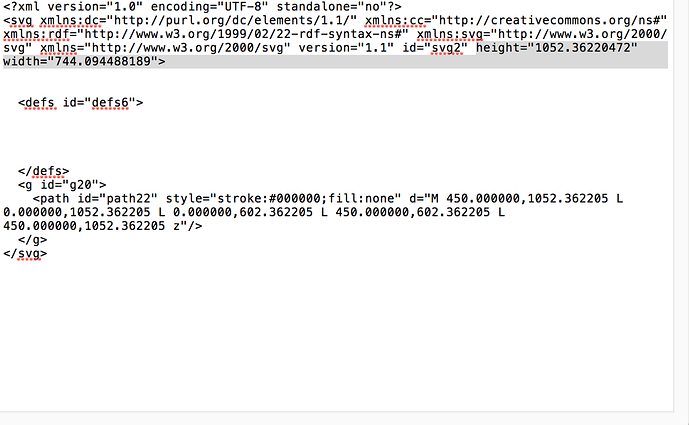 Here’s what I get when I open up the document properties for the squarefusion file (which is the F360, DXF, Inkscape, SVG file) 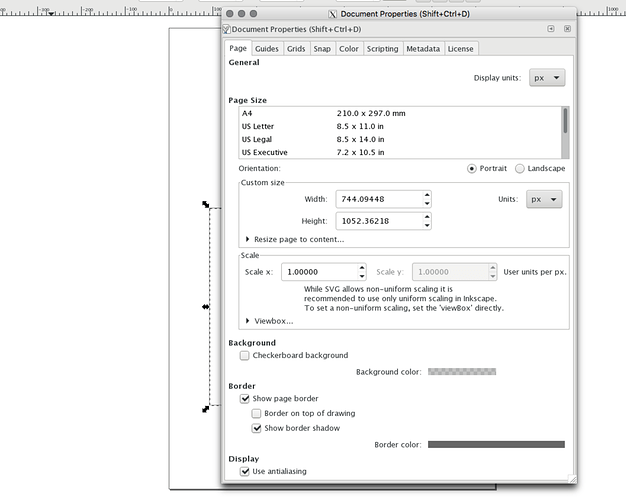 Which shows the default to pixels without a unit designation, as @tim1724 confirmed.

I do this workflow a lot. However, instead of opening the dxf, I “import” it into my blank “Glowforge” template (20x12 units set to mm with a few guides for “will not print” areas) and then save that for import into GFUI.

I assume that when you design in fusion you are designing in mm. It is starting to sound like the issue is that inkscape can open the fusion dxf but won’t save it with the proper units unless it is imported into an inkscape file that has mm as default. The importing and the default mm being key. I will try this and let everyone know how it turns out. I do very ch appreciate everyone helping out! This community is great on a lot of levels! I like that we don’t don’t leave fellow GF’ers stranded!

That sounds right, except my F360 file was mm, and my default Inkscape unit is mm as well. I’m very confused but hope we can find a path that works consistently.

Which version of Inkscape do you have installed? There were some sizing issues with earlier versions. The most recent ones (0.92) eliminated it, IIRC.

Oh I am on .91 because I am on a mac. As best I can tell there is not a .92 for mac yet. I an not that savvy when it comes to the alternative methods that might get .92 for mac so I will stick to .91 for now. I will check out the fusion apps that @markevans36301 suggested.

I am also on Mac, and am running .92.2 (available since August last year)…

For some reason the Inkscape macOS download page continues to incorrectly state that 0.92 isn’t available despite the fact that it’s been available for nearly a year. Hence the confusion.