This is something someone here should be playing with, if they aren’t already:

When we last spoke to Orli Tesler and Itamar Mendelovitch, the duo explained how they developed their technique of making wood veneer act like a textile through a series of diagonal crosshatches.

Kind of a living hinge variant. 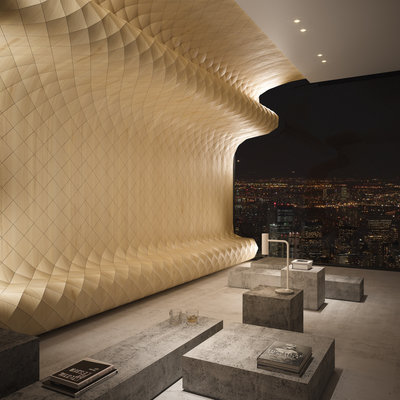 Best known for their sculptural wood clutches, the designers behind Tesler + Mendelovitch have progressively increased the scale of their work. Taking their innovative process to the next level, the latest product launch from the Tel Aviv-based... 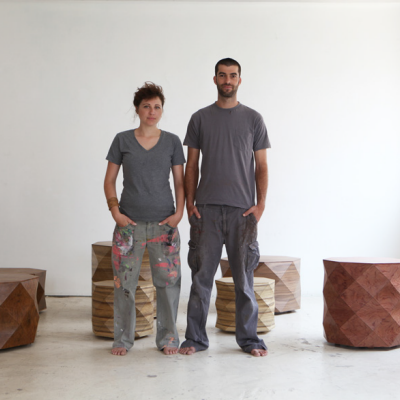 In the Details: The 'Wood Skin' in Tesler + Mendelovitch's Geometric Clutches...

These days, lovers of a rustic aesthetic can choose from all sorts of personal accessories made of wood—there are wooden iPhone cases, wooden eyeglasses frames and even wooden engagement rings. But a wooden purse? The idea sounds clunky at best,...

*and I don’t say that JUST because I’m in one of their articles.

Would love to see the actual LH pattern they use…

Funny you mention this, my industrial designer sister and I were discussing recently.

(Apologies these shots are a little blurry, they’re stills pulled from the video) 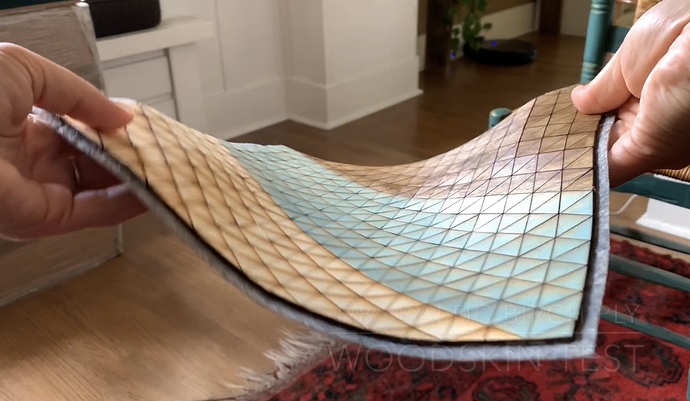 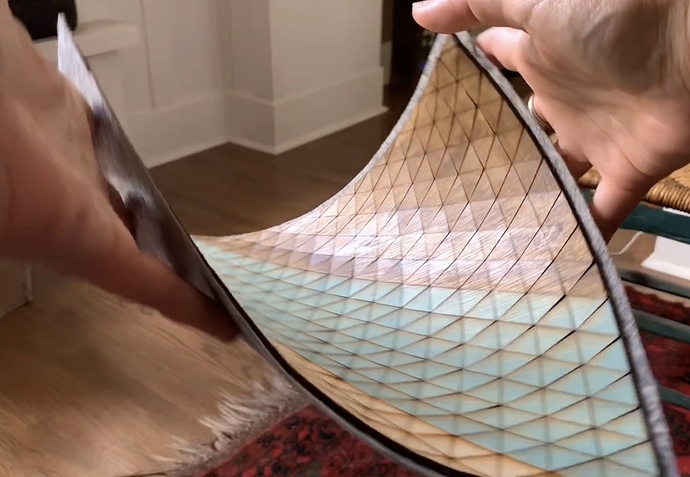 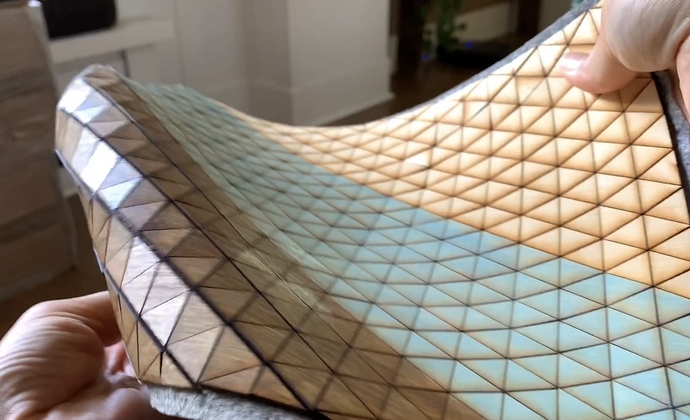 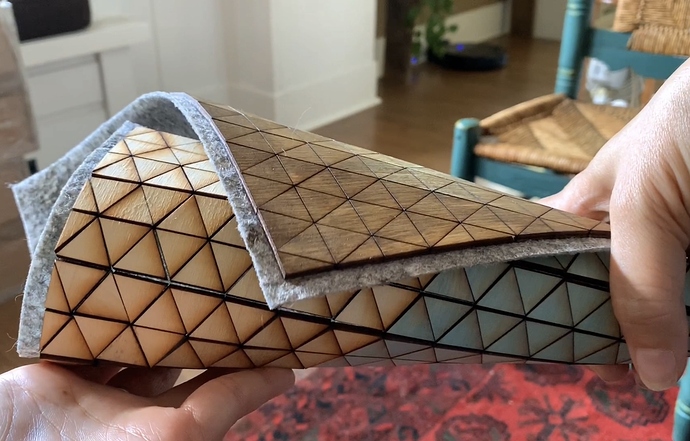 Please keep us apprised of any more experiments with this!

Thanks @evermorian! The first thing we found is that, while its pretty cool and bendy toward the felt backer, it doesn’t do what Tessler+Mendelovitch’s product does. They’ve CNCd a bevel into all the triangle edges so the material bends equally in both directions. I’m afraid the laser just doesn’t do that so the 1/8" material runs into itself across the distance of a single kerf. (3D engrave aside as that seems like a horribly inefficient use of a laser). The next experiment will be either cutting a pattern into veneer or with a second cut line to space the triangles apart.

So not really a living hinge… at least the way I understand them.

Cool effect on those clutches. And that would wrap around a vase in a very interesting way.

I think you’re correct. From what I read about the two architects they attach both the clutch size and wall size versions to a flexible backing material of some kind.

It’s fun to try too find different ways to bend it.

Do you think if you flipped the design over after cutting and pushed all the pieces back together then cut over the already cut lines it would apply enough of a kerf bevel on both sides?

It’s a good thought but in the current iteration I don’t think so. The bevel on 1/8” cut material is so slight it’s almost negligible.
From their photos and videos I’d guess the large scale T+M woodskin bevel is around 30 degrees. At small scale I suspect going to veneer thickness would yield bendier results.