Getting ahead of my nephew

My nephew is a track star at U of VA and is coming into town for a meet this weekend. His mother asked me to make a sign of his head that she could wave around after she told him she would embarrass him from the stands as a “soccer mom” and he said “it’s not like you have a sign of my head to wave around” well what we did have was a Glowforge and some

Acrylic and some LED bases. So now we have a nice sign for her to wave around… 3D engraved the face. I used Photoshop to select his face (it was a group photo) using the Select->Subject feature then copied that to a new transparent workspace. Then saved the selection (selected the layer transparency) and converted the selection to a working-Path. Then exported the working path to ai as my cut line. around the png of the face (which I converted to gray-scale and inverted) 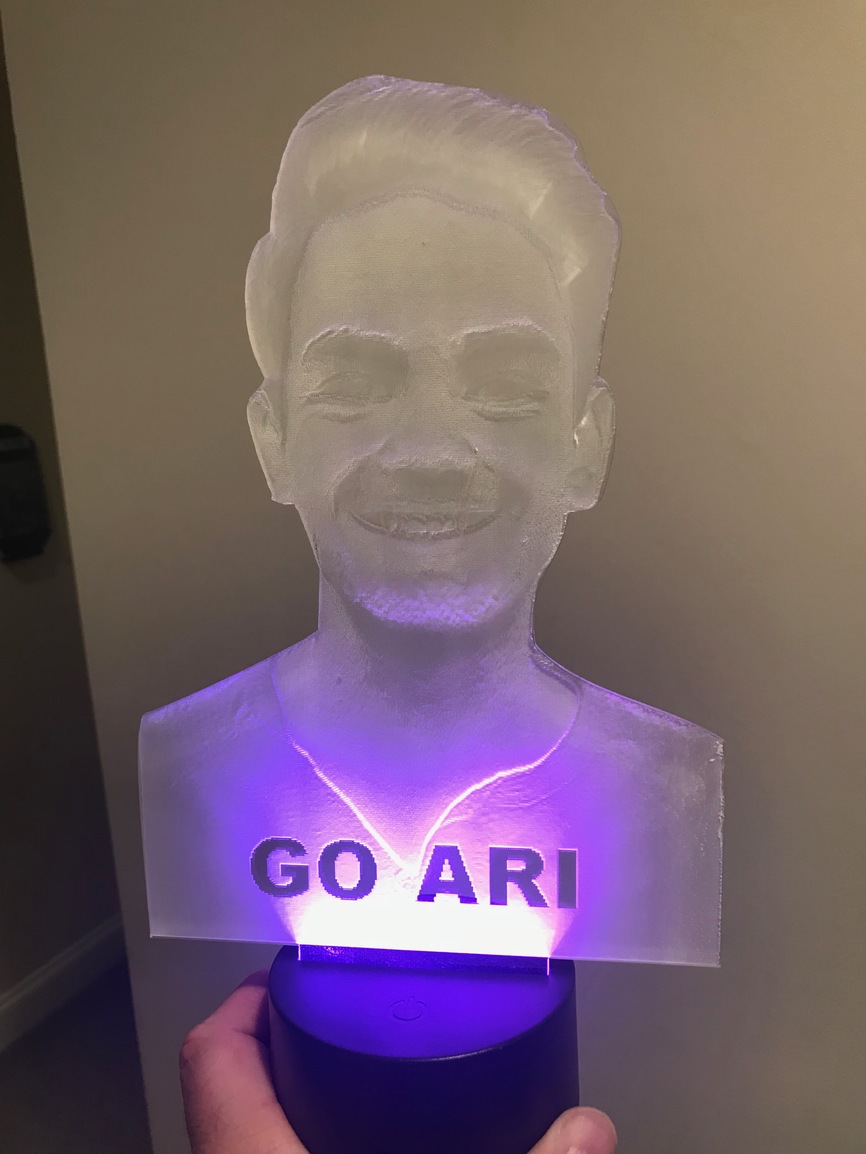 the new select-subject feature is pretty $%#@ awesome. i just started using it a week or two ago and it’s a great head start for selections.

(and don’t call it “u of va” to him, just UVA or “THE university of virginia.”

I especially like you that you labeled it, just in case anyone has facial blindness, they’ll still know who is being embarrassed

Be careful what you ask for… Very nice engrave, it should be quite humiliating

Well he took a silver and a personal best time in the 3000m. (the picture I used he had shorter hair…) 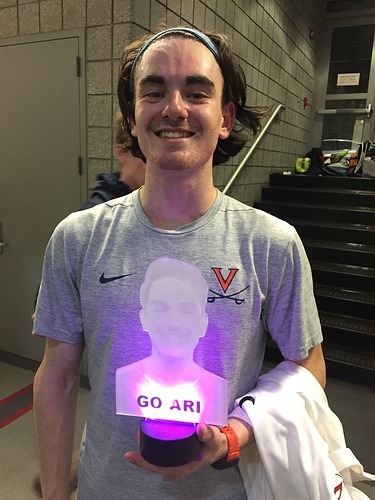 Well you can’t change the sign, so I guess he has to go to the barber.