I decided to try working with the leather samples provided with my GF last night. I use a similar wallet to the one in the GF Catalog, so I used my credits to buy the design and started cutting.

This was my first foray into leather work, so I had to research the saddle stitch, but I had everything ready for the experiment. I had previously purchased a leather sewing kit and a sewing pony for trying this.

The wallet cut beautifully, however I ran into an issue removing the masking. It was incredibly difficult, and I was concerned I was ruining the corner of my leather pieces attempting to remove.

**TIP #1 : Remove & replace masking before starting! I had some TransferRight 582U that I used later…

I was eventually able to remove the masking and began the “fun” of stitching it together. But alas, I’m never satisfied!

I put my wallet back into the GF and lined it up with a rule, tacked it down with the handy honeycomb pins, lined everything up…and engraved. As the engraved started I remembered I forgot something!

**Tip #3: Make sure to measure the thickness of your item! 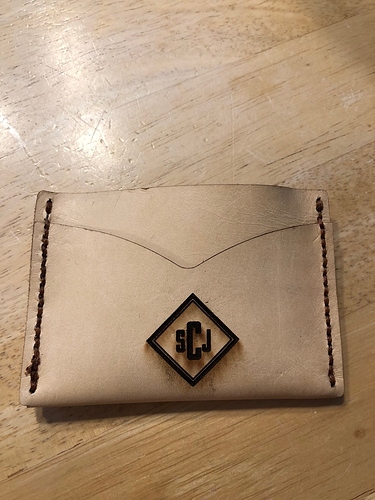 I remembered that the thickness had changed and this was not simply Proofgrade Thin Leather, but that the settings had to be tweaked…So I did what anyone would do…I turned my wallet over, updated the settings and tried again.

I did not like the “burn” I was seeing around the engrave, and figured it was due to the fact I had no masking on the wallet. So I took the other sample of leather I had and approached it the way I should have all along…

I’m very happy with the results! 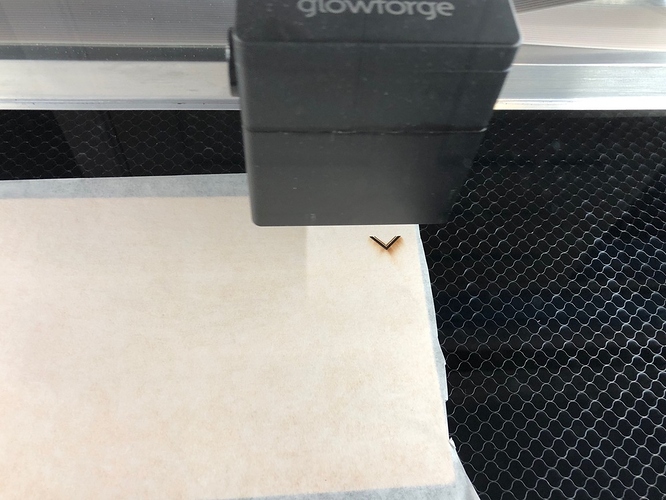 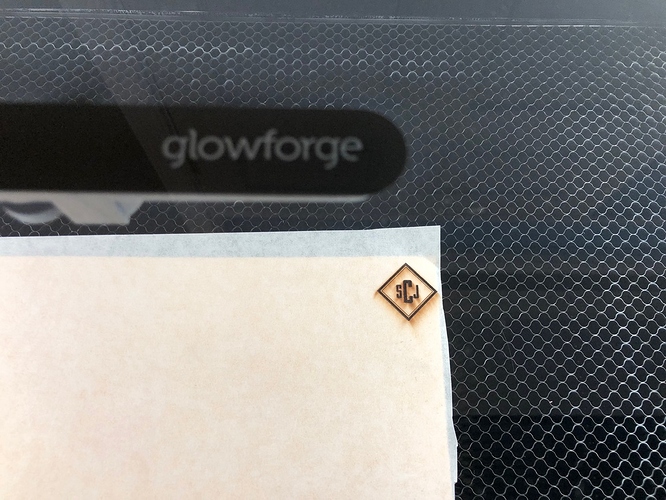 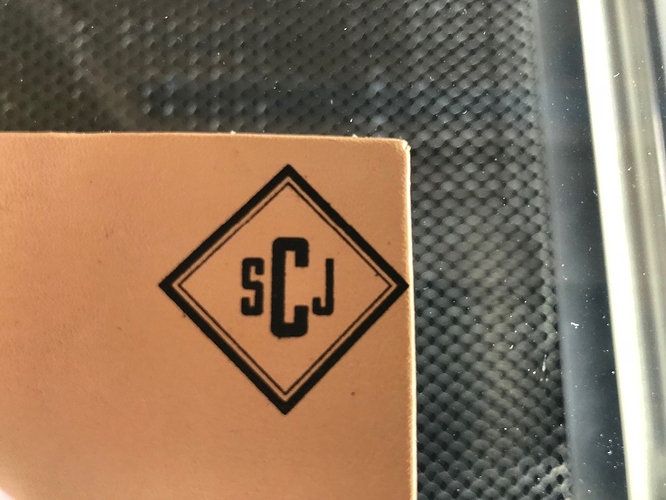 Regardless of how the wallet turned out, I’m happy to say that I learned a bit about working with leather, both in the GF and in general!, and I know that next time I’ll be prepared to make something great!!

I was concerned I was ruining the corner of my leather pieces attempting to remove.

Good advice, from my stand point, to remove it first!

I gave up removing the masking on the bookmark in the enclosed photo, it is still completely masked except over one of the door panels. Leather is on right, drafboard on left.

Masking looks almost as good as the leather!

Except you can see the burn residue. 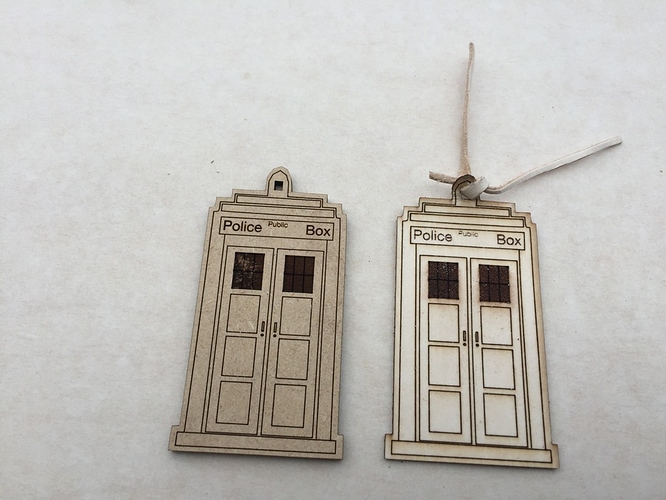 Nice wallet! And I appreciate your masking tip. 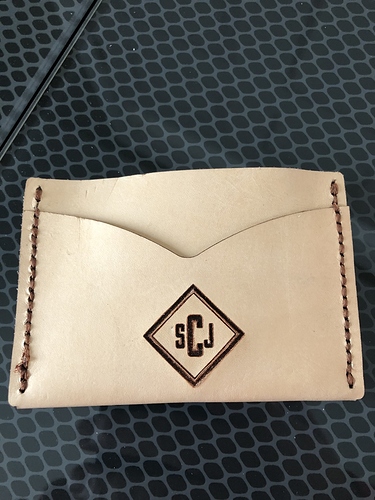 I thought the smoke would have shown through the dye, so I left the masking on. Next time I will remove it.

Looks great!
Can you tell me how thick the Proofgrade Thin Leather is?