My GF is engraving deeper on the left side of the image than on the right side within the same print job. The GF is leveled and so is the material, I checked 2x. I do understand that there will be some inconsistencies in the print bc of the wood but that is more so with the color, not the depth. I’ve worked with this material several times so I know it pretty well. 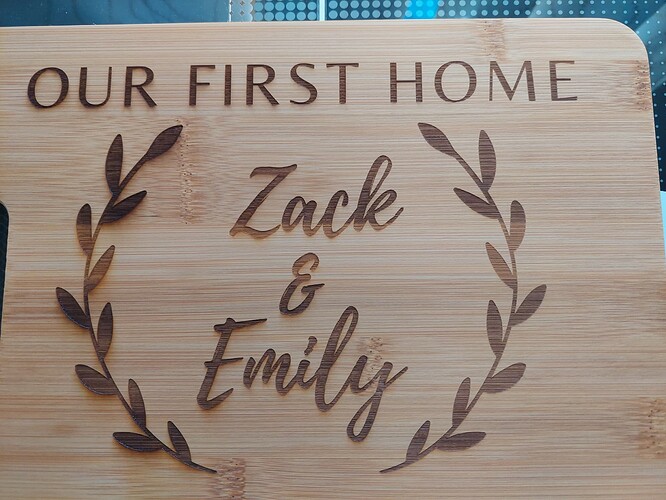 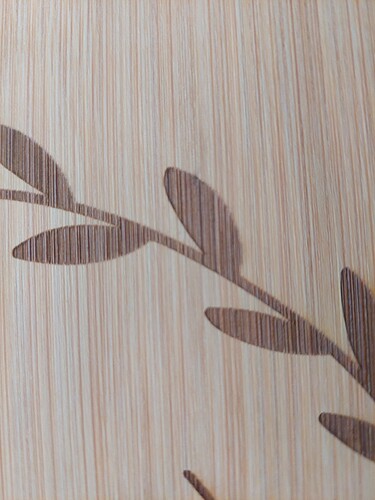 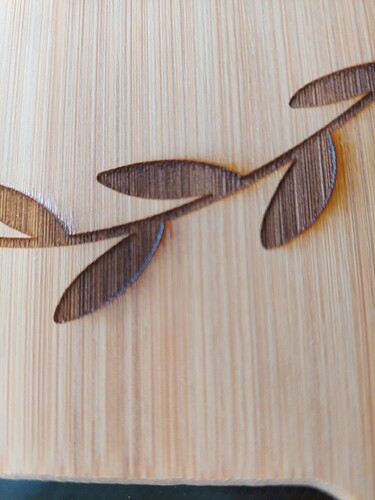 That is generally what you would see if the mirror inside the head on the left side is mis-aligned. As the beam is not matching up with the window on the side of the head as it moves further away, power is being lost.

This is not a use-correctable situation, the machine would need to be replaced.

The most common issue is the easiest to solve. There is a window under the left side of the Glowforge that sends a beam to the window on the side of the head. Thus when the windows are close together there is less loss than when they are far apart. There is no other situation that this is so.

If the laser is misaligned it will usually hit outside of the window on the head and create visible damage, and indeed that means “back to the mothership” for repair. More commonly a whiff of smoke has crossed the window and left some gunk behind blurring the laser beam. As with misaligned, the farther the head is from the window the blurrier the beam is and the less power is delivered to the material. Looking at your photo that appears to be the case.

The really good news here is that it is easily fixed. I have seen the effect with so little film I could not see it, but wiping the window with a Zeiss wipe and making sure I do not just smear it, brings it back to the original condition and the wipe had some brown on it that showed the film I could not see was actually there.

I have on occasion noticed a difference between engraving on the left and right side and that has always fixed it for me.

It is inaccessible. It’s inside the silver box behind the window on that side.

From the cleaning instructions: 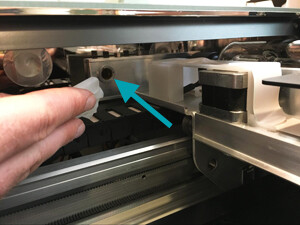 I assume you have done a cleaning per the instructions.