GF stops in middle of print job without message error

Hi, at first, sorry for my English, I will try to explain the issue the best that I can.

Glowforge stops in middle of print job, lights and fans stay on, clock still running, no error message. I try to pause or something, but the machine doesn’t response. I have to turn off, move the arm back and turn on again, but my machines (I have 2, the 2 have the same issue) doesn’t turn on immediately. Furthermore, I have to wait like 30 minutes before turn on again.

I have this issue a multiple times, and I don’t know what to do to fix it, sometimes it fixes itself trying again (?), but the last week I try to print a photo and all the tries go wrong, and stop at the same spot twice. 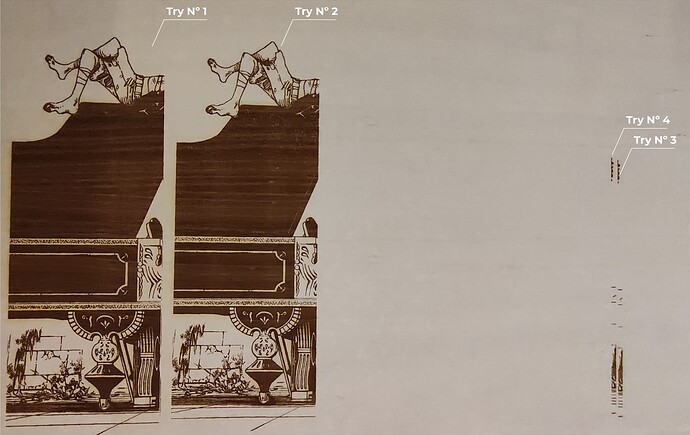 I try to charge the file in different formats but wasn’t work.

I hope you can help me, thanks a lot.

3 more attempts. On some the machine said “Paused” but is not able to unpause, I was able to open the lid and the job was canceled, but the arm didn’t move. 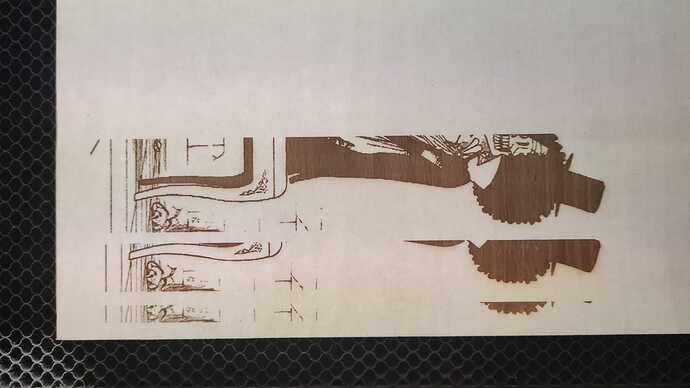 If the head doesn’t retract when the lid is opened, the machine might need to be replaced.

Open a support ticket and include all this info.

The two of them? My machines are not new, I buyed them in the 30 first days of crowfounding, so if they have to be replaced I’m f*cked

Open the support ticket and see what they say. It would be odd for both to have the same issue, but opening the lid should immediately cause the head to return to home.

I’ve seen my Glowforge hang in the middle of a complex vector engrave before. Same thing, it became unresponsive and didn’t cancel and return home upon opening the lid.

The fix for me was to rasterize the design so that it became a bitmap engrave instead of a vector engrave. E.g. export to PNG or “rasterize” or “make a bitmap copy” depending on what design software you use.

The Glowforge worked fine after a reboot, so I never contacted support about that incident.

I tried in different ways.
Upload the image in PNG and JPG.
Put the PNG / JPG on illustrator and then save it to PDF/SVG.
Vectorize all the image and upload in SVG/PDF.