And I have a new project to tackle! 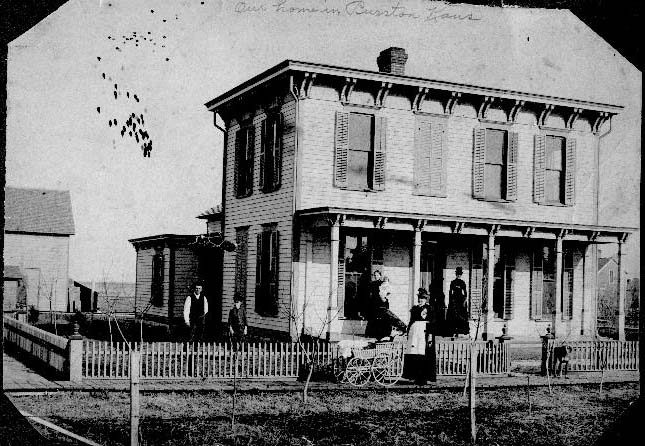 A while back, through the magic of Ancestry.com and Facebook and a couple of coincidences in between, I “met” the woman (not a relative, just someone who loves history) who currently owns the home, and has been rebuilding it after it was gutted by fire and had sat empty for 10 years. She just sent me some photos of the progress to date. 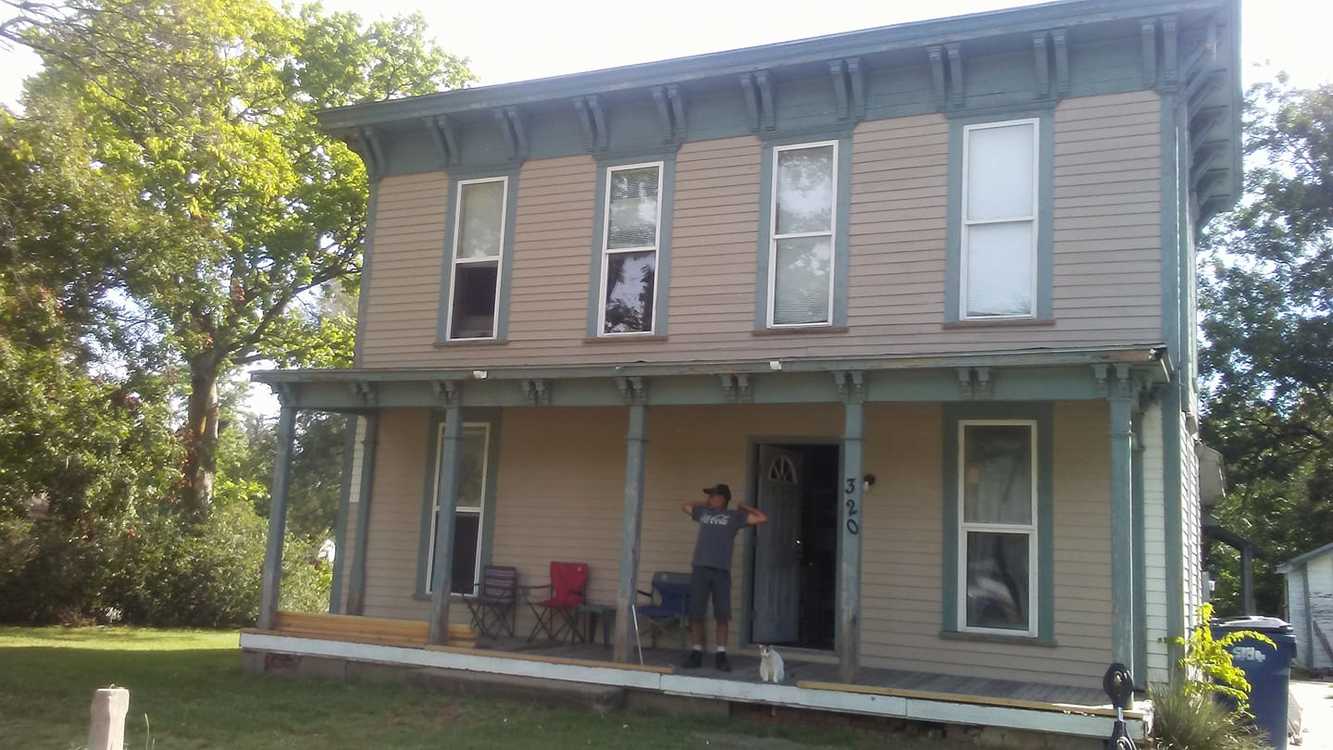 I’m shipping the old photo to my photo restoration guru brother Ron, and then I am SO going to make an engraving of it, to send to her as a housewarming gift!

How cool!
You notice the sapling there next to your GGGrandfather…? Look at it now.

So awesome! I had found some things GG Helen wrote about living there. She wrote about a little purse of treasures she accidentally dropped into one of the walls during construction. I sent it (a copy of what she wrote) to them and they looked and looked, but never found it. We think it was probably lost to the fire. Ah, well.

I think you should make sure your brother keeps the writing on the top of the picture when he does t he restoration. It would look cool on the engraving too.

But probably not the evil flock of crows dive bombing gggramps…

Yeah, I think we’ll have him get rid of those…

1885, Burton KS. The man in the yard (left) is my great great grandfather Emanuel Johns.

It’s interesting to me the psychological impacts a photo like this, and so many old photos, can have - even without having relations to the people in the image. It’s one thing to look at old photos of your ancestors and feel something - but these are complete strangers to which we have no attachment.

Technically, it’s well… amazing at the time but we have lasers in our homes now.

The lighting is so harsh. Another “flaw”.

But none of those matter because it invokes such a curiousity.

I’ve done some digital hand tinting of old photos, and those also have a lot of the same impact that photos like this manifest.

You’re the head doc - enlighten us!

You’re the head doc - enlighten us!

Maybe it’s a Jungian thing…we’re all connected. Looking at people and knowing their DNA is in you just kinda brings that connection up to the surface.

Whatever it is, it’s a cool thing. And the older I get, the more I love digging through the old photos and letters and piecing together the lives of those who came before.

I wonder what it will be like for future generations…there won’t be so many boxes of photos in Grandma’s attic any more, or paper documents to touch and hold. Framed on my wall I have a citizenship document for one of our ancestors, stating his renunciation of the queen (or maybe it was a king, at the time) in order to become a US citizen. And a bit of a flowering tree I found, perfectly flattened in a letter. And a whole wall of just cool old photos of various ancestors. Geek though I am, I kind of regret that everything will eventually end up being stored digitally.

What a fabulous home they built! I often look at old homes such as these and think about all of the lives touched through the years. …and the trees…what they’ve “seen”. I’m glad that the new owners are restoring it.