Ok, so I think I’ve read every post on here (including the tutorial for newbies) on how to prep photos for engraving on wood. I feel like I’ve hit a ceiling with my many attempts and still am not satisfied with the results so I’m looking for some feedback please! Some posters changed minimal settings while some of the tutorial suggestions were pretty involved.

Here are things to know:

I’ve included the color files (my daughter), the B/W export after fudging around in Gimp, and a few final results for you to peruse. What are your thoughts? I appreciate your feedback because I personally am not satisfied and wouldn’t pay for this end result as a consumer. Thank you!! 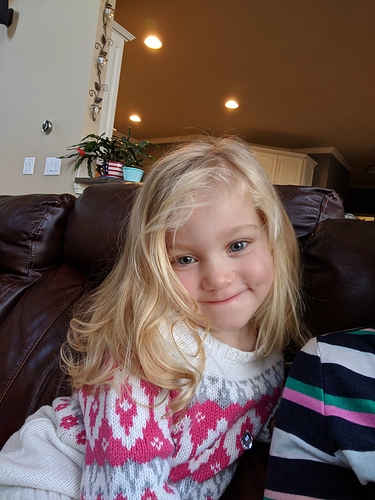 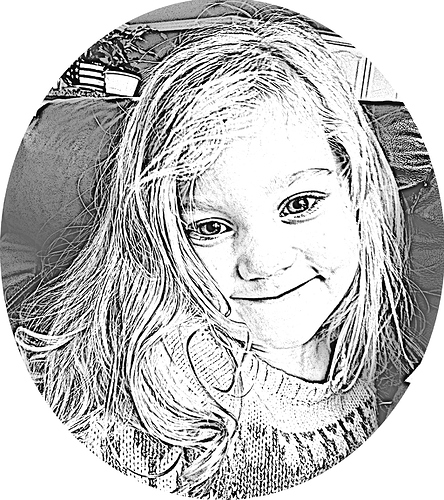 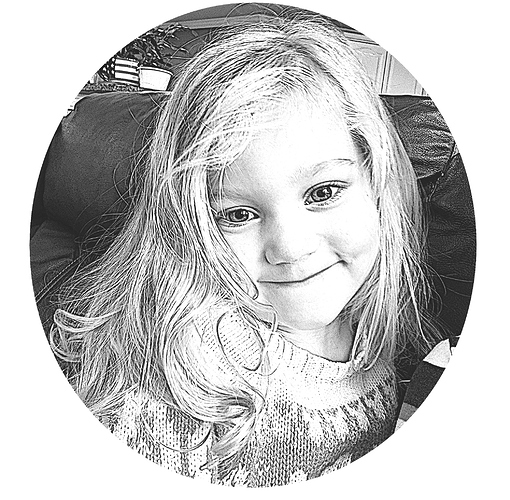 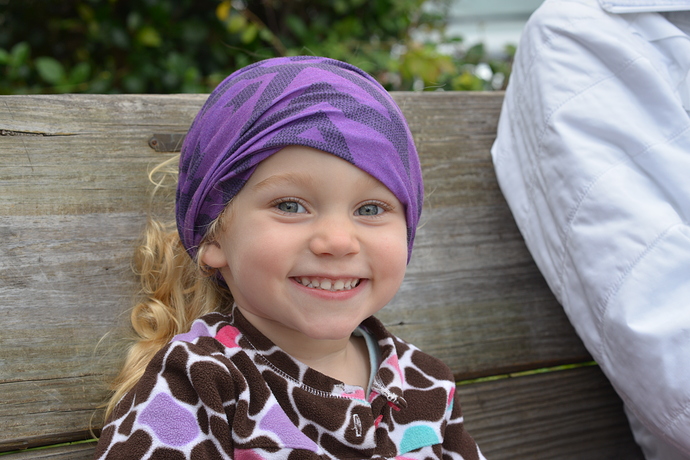 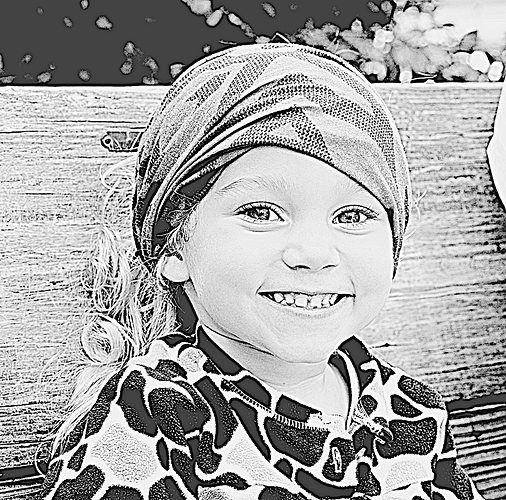 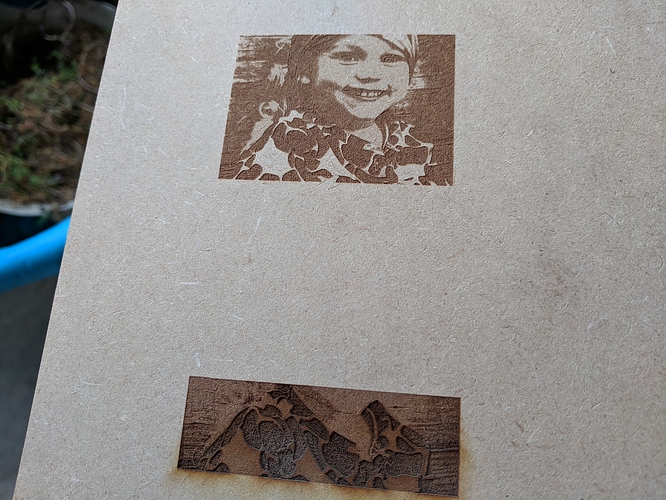 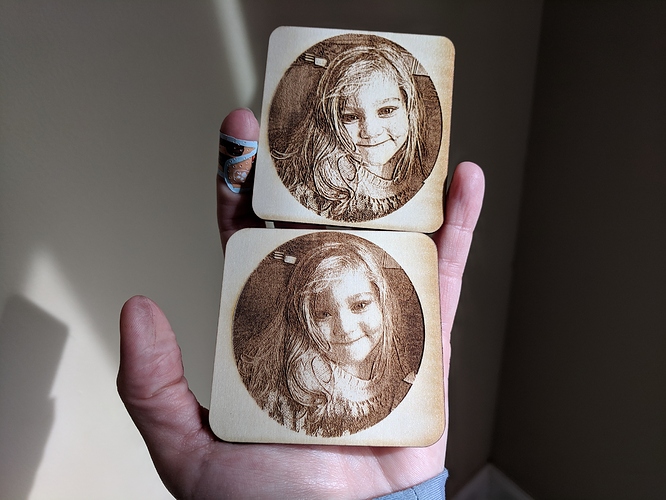 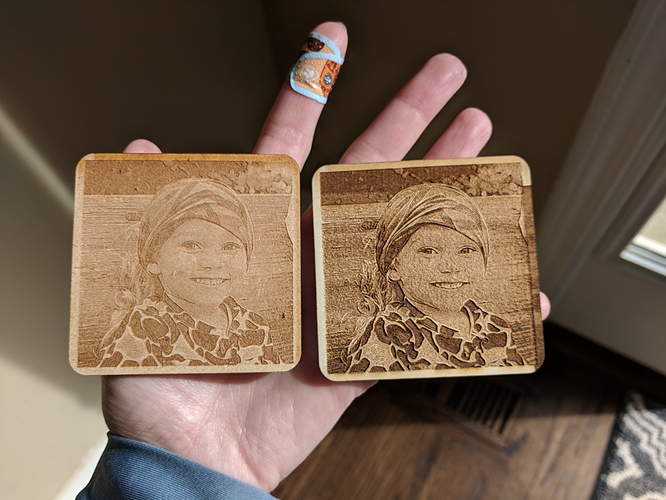 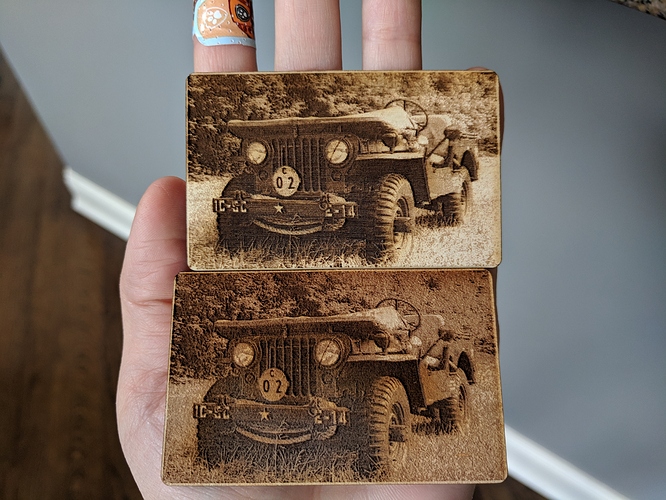 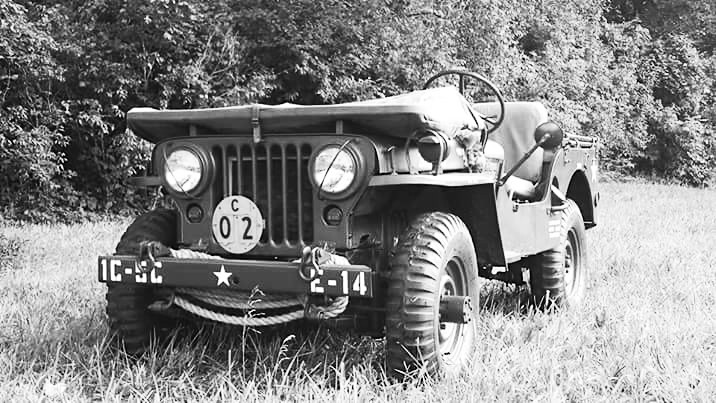 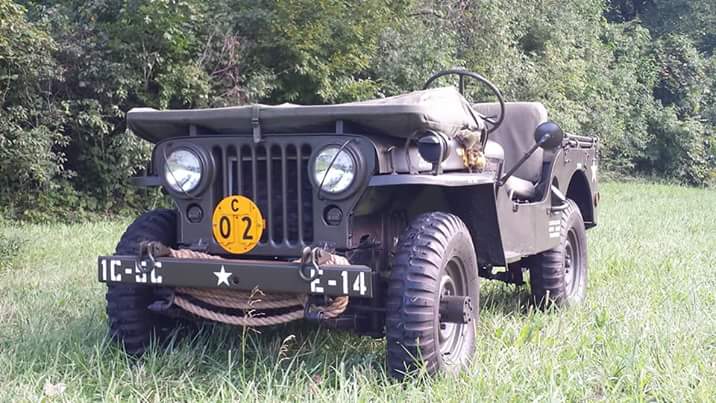 I think they look great! I’m still in the dust but working it out with all help found here.

Those look good to me, I think it also depends on the material you use, that appears to be draft board to me but hard to tell, the lighter solid woods you use tend to come out with more shadings so it might be harder to get a lighter engrave on draft board but I could be wrong and that might be something else. Draft board for me tends to engrave darker too.

Yes there is a mix of the draft board and also the basswood plywood. The really dark jeep (bottom of my hand) and the left image of my daughter wearing the head scarf are plywood. Plus the image of the failed prints that I stopped. The others are on the plywood.

Hey thanks! But I’ve seen others that look better and not as burned or lose so much of the facial detail

I think the first one looks pretty good. I haven’t done much photo work yet, so I don’t have any advice, but I think you’re probably harder on yourself than your customers will be.

I think it all really depends what effect your going for as there’s no right or wrong, just personal preference really. That being said, here’s my take on the pics and why they came out like the did. I agree that I would still make more adjustments to them, but I think you’re getting pretty close. (Sorry if this is wayyy more than you wanted, but I like photo editing lol.)

To me, the top jeep pic has the best overall tones, detail and clarity. Some of the dark shadows of the jeep cold use lightening a bit and maybe just a tad bit more contrast, but not a lot. Even as is, I’d be pretty happy with it. The second jeep is flatter in color and the tones more “muddy”. It’s not a real true representation of the photo, but it is an interesting “antique” effect. The reason it’s like that is becasue the tones are much more even/close together without a lot of difference between them.

The square portrait pics have the same flat antique effect and are a bit muddy. It looks like you upped the contrast of the B/W version so there is a bigger difference between the lightest and darkest tones, but there 's still only a few different grey tones in the picture overall and it’s pretty “flat” and even in tones. (Hope that makes sense.

) The best place to see what I mean is in the face; there’s really only one skin color with no shadows or highlights. That same grey tone is in the wood behind the girl and it engraved as I would expect as almost just one solid color. You can really see how it engraved differently from the first jeep pic which has a wide range of tones in the foliage and made for nice details in the etching.

Of the round pics the top one is better to me with good detail and separation of tones, especially in the hair and sweater, and the overall color is nice. It suffers from the same cartoon effect as the one below it though. (I call it the “poltergeist effect” becasue it reminds me of the little girl starring into the bright TV screen.

) It has the opposite problem of the square portrait as there is too much contrast and there are large patches of bright white that look unnatural and over exposed.

I think you just need to find a happy medium with not too much contrast, yet have a wider range of tones. To achieve that you can use a brush to selectively lighten/darken specific areas in the photos. (This is typically called “dodge/burn” in photo programs.) Doing this will give your more natural detail without getting that cartoon/blown out look.

I made some really down and dirty adjustments to a couple of pics to just to kinda show what I mean. I probably got a little exaggerated on the portrait and the low resolution of the pic made it really grainy, but you get the idea

(The one on the jeep are more subtle, but I think it’d bring out details a bit better.) Just keep in mind that prepping for the laser can make a photo pretty fugly, but it’ll engrave better.

I’m not sure if you’ve seen it, but the video below is a good example of how to dodge/burn pics too. Good luck! 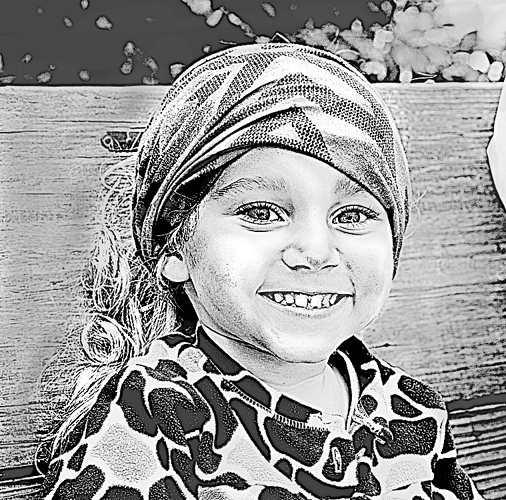 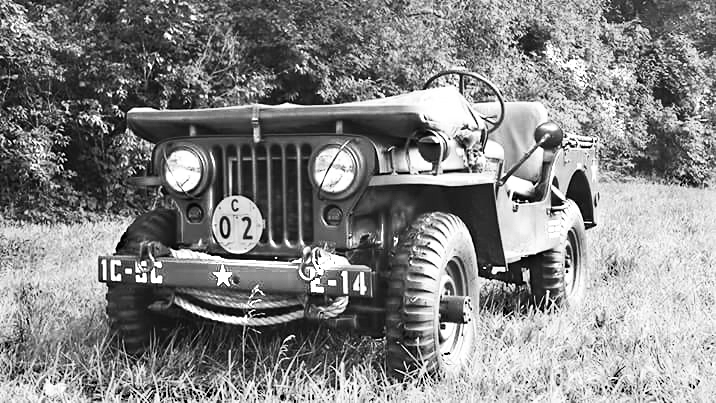 This is awesome, thanks for your time with all of the details and feedback. I have not used the dodge/burn technique but I will definitely play around with it and report back my attempts. Im also going to print your two photos and compare the differences in results and try my hand getting results similar to yours.

Really, thanks for your advice on this. Stay tuned.

As I sat staring at the GF at 3am I decided to do a test run so I could see if the edits helped. You can see that the square one still has areas that are too bright on her cheeks, but it’s a bit better. The scrap wood wasn’t the best and basswood would have been much better. You can also use a brush to make sharpens and other adjustments to select areas. In the round photo, I didn’t just sharpen everything as I didn’t want the background to stand out. I used a brush to sharpen and add contrast to the hair and the “T” zone of the face. (The eyes, nose and mouth areas.) Doing it to just those areas really make them pop, especially around the eyes. I also used the brush to brighten the whites of the eyes. (Her eyes are so beautiful BTW!)

Oh, also take a look at “gamma adjustment” to lighten a B/W photo overall vs using just a “brightness” adjustment. Using brightness makes a linear adjustment on all the tones in the image exactly the same which mean the light tones that are actually good before the adjustment will get blown out. It just kinda whitewashes the whole image, which still might be needed. Gamma takes each tone into consideration and makes adjustments in a non linear way to give a much better range of tone in the final image.