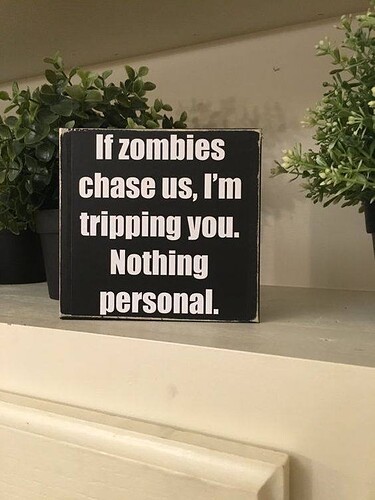 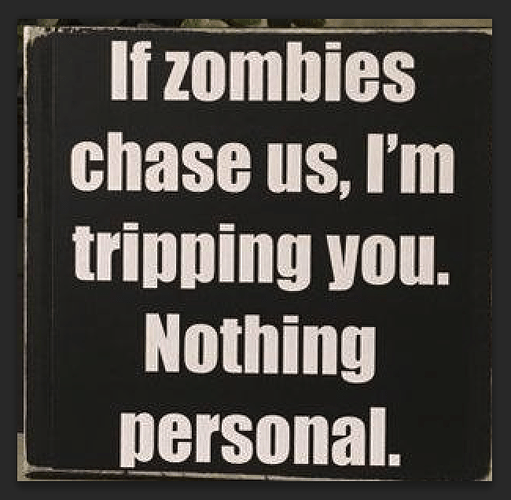 then took the photoshop file, into illustrator and did an auto trace… saved as a .svg
and : 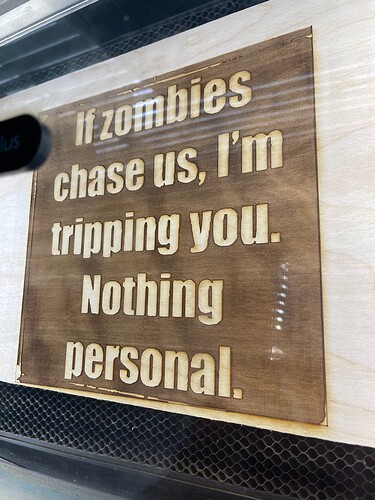 did an auto trace

Just did a thing using a font like that.
In case you decide you like that lettering style for another project.

It looks even better than the original! 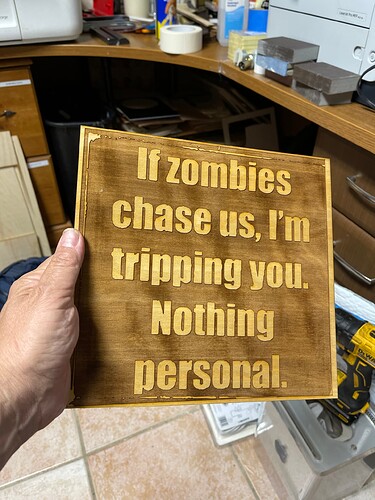 Nice! What kind of wood? Did you stain it?

its all baltic birch, no stain, just a light sanding, and then coated with spray poly.

Nice sign! A truer sentiment has never been lasered! Only zombies would bring you to such dastardly behavior.

Only zombies would bring you to such dastardly behavior.

Best to be in front when being chased by bears

Anyone remember Caveman Games for the NES?
One of the games was the sabertooth race. You literally were in a two person foot race to a tree with a sabertooth chasing both people down. It was possible for both people to lose. But yes you could trip and push your opponent.

True enough! I forgot about bears!

Just watched Sum Of All Fears again and it has a funny moment along these line.
When doing a tour of the Soviet nuclear disassembly facility, one of the technicians had signage on his T-shirt, and they asked what it said.
“I am a nuclear bomb technician. If you see me running, try to keep up”.