So I have been bouncing between very busy and ill, but I have had 2 opportunities to take the Glowforge into the Wild at East Kentwood High School.

We at least had some shade, but were setup outside. Obstacle 1? Heat. For the record, I did NOT use dry ice at the air intake and on the edges of the bed to help maintain operating temperatures inside the unit, but that could be effective for a Pro, at least.

Obstacle 2, Internet. After the Glowforge resisted switching to my phone as a hotspot, I changed my phone name to my home Wi-Fi. When setup at the school? It took a few tries, but both my laptop and my Glowforge connected to my phone (which had issues staying up). This tells me the #1 concern for normal Maker Fair attendance would be Wi-Fi with filtering being the other. Since I was setup outside, filtering was not much of an issue. 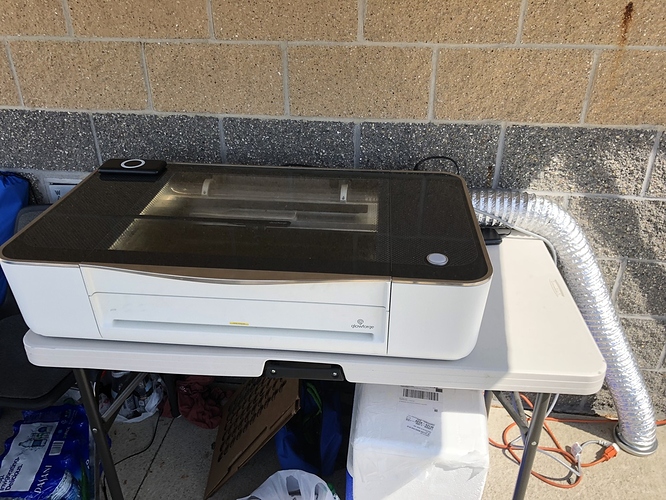 IMG_5412.jpg1154×866 404 KB
Edit: Note, the hose was not left turned to the ground once I got to burning. It was just sitting that way while I was getting setup. The second day, I didn’t bother to setup a hose. 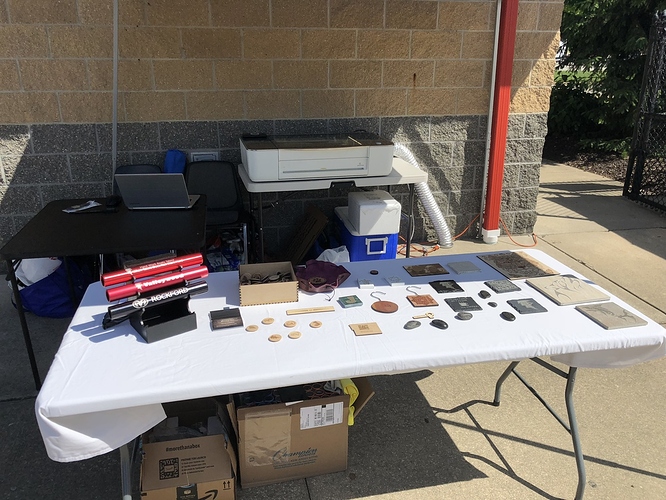 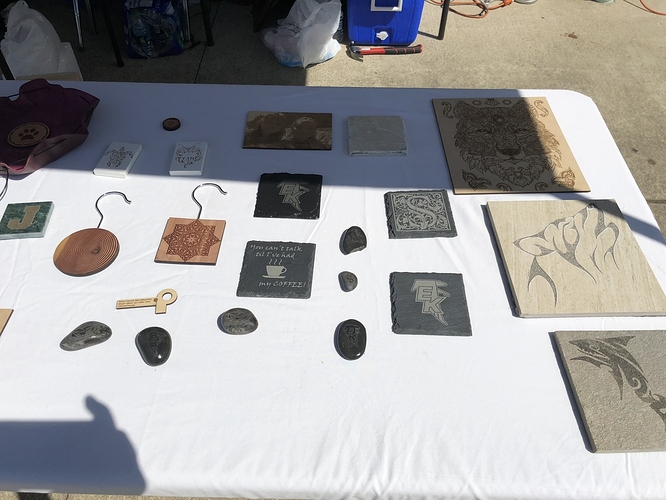 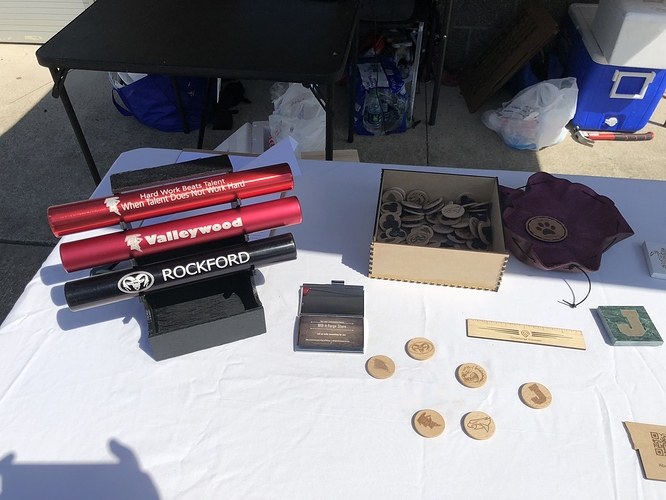 Some of the stuff on the table was items you’ve seen me make before. The big item for attendees (and hardest thing I’ve made) were the engraved batons. 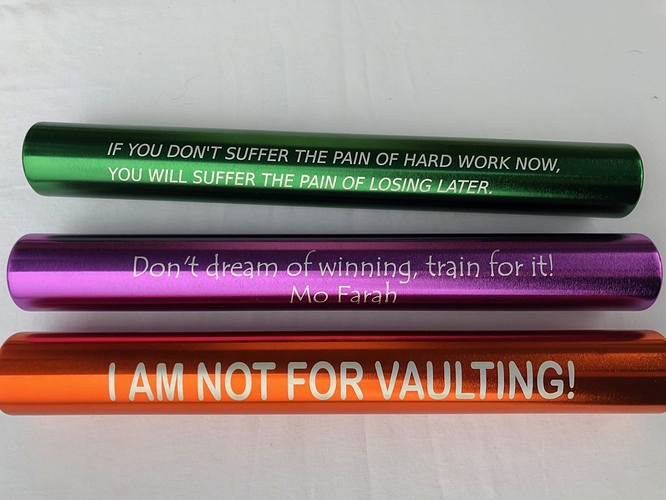 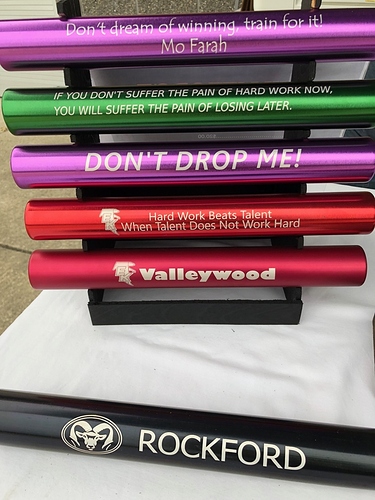 Which I was customizing some on-scene, but they take longer to burn. 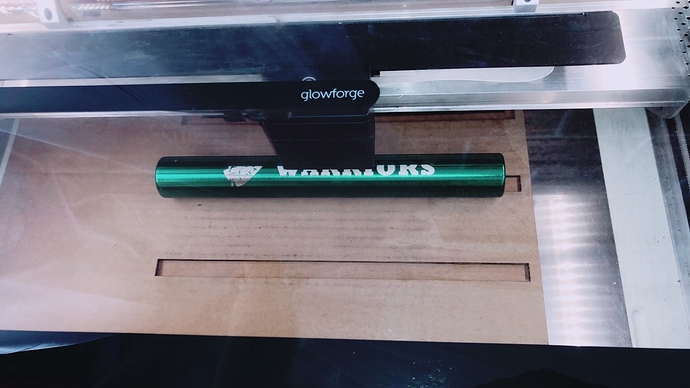 The one other item I had there was from running into some green marble at the local ReStore. Of course, I had to play with it 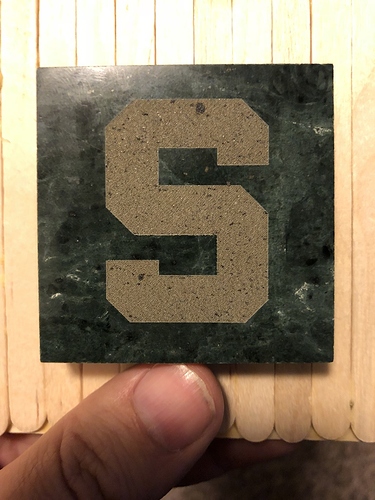 Wow! The batons are beautiful! How do you engrave on a curve like that…asks the newbie who is waiting on her delivery and dreaming of all of the different ways to play and create…

I have no need for a baton, but they are snazzy!

With difficulty. I set the focus to about 1/3-1/4 the distance between the very top and .5". When I first figured it, it came out to either .02 or .05. I don’t remember precisely anymore, but either should work provided the same focus is used in the same burns.

Power and speed tend to go all over the place with these. I’d like to say it is consistent settings, at least to color, but they aren’t even always consistent to the same package of batons in the same color from the same maker. That is where the biggest challenge comes. One may go a clean white in a single pass at 900/Full/~400LPI. Another takes 10 passes at 500/Full/1355LPI.

Nice to see you again, @Jules. My next post is specially for you.

Am I gonna squeeeee?

The batons really came out exceptional!