Glowforge lands in de VI! Am I the 1st in the Caribbean?

It finally cleared customs! And seemingly survived! It was shipped via UPS from the factory to Miami, then my drop shipper inspected it. Only one “handle” missing. It arrived on Monday and had to clear customs.
One small gash on the bottom of the box, poked through on didn’t seem to reach the forge so I accepted with conditions.

Note to #Dan : it’s very important to clearly identify country of origin on both the

materials. Here in the USVI and I’m sure EU. not certain about the other countries, it determines excise taxes…

Insurance from Miami to here was $69 freight service $70 much less than I thought it would.

As to Warranty returns it would make sense for Glowforge to pickup the return charges once it reached a US port. I think that would be a fair compromise. I could pay to return mine via my Drop Shipper to Miami and then have UPS pickup from there to the factory. (can of worms…)

I have much to do and will probably not sleep tonight!

It’s REAL!!! International’s and my Caribbean Brother’s and Sister’s it will come…

Oh and the name is Tara_Phoenix, Tara from Gone with the Wind “We will never go hungry again” and Phoenix from my Police Academy Class " Burn us down and we will rise, for the Phoenix never dies"

Thanks Dan and Crew! 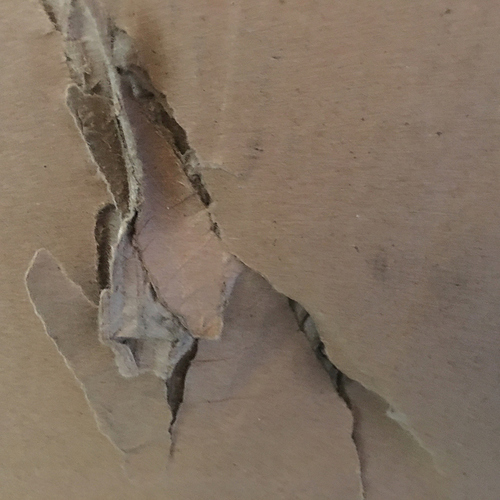 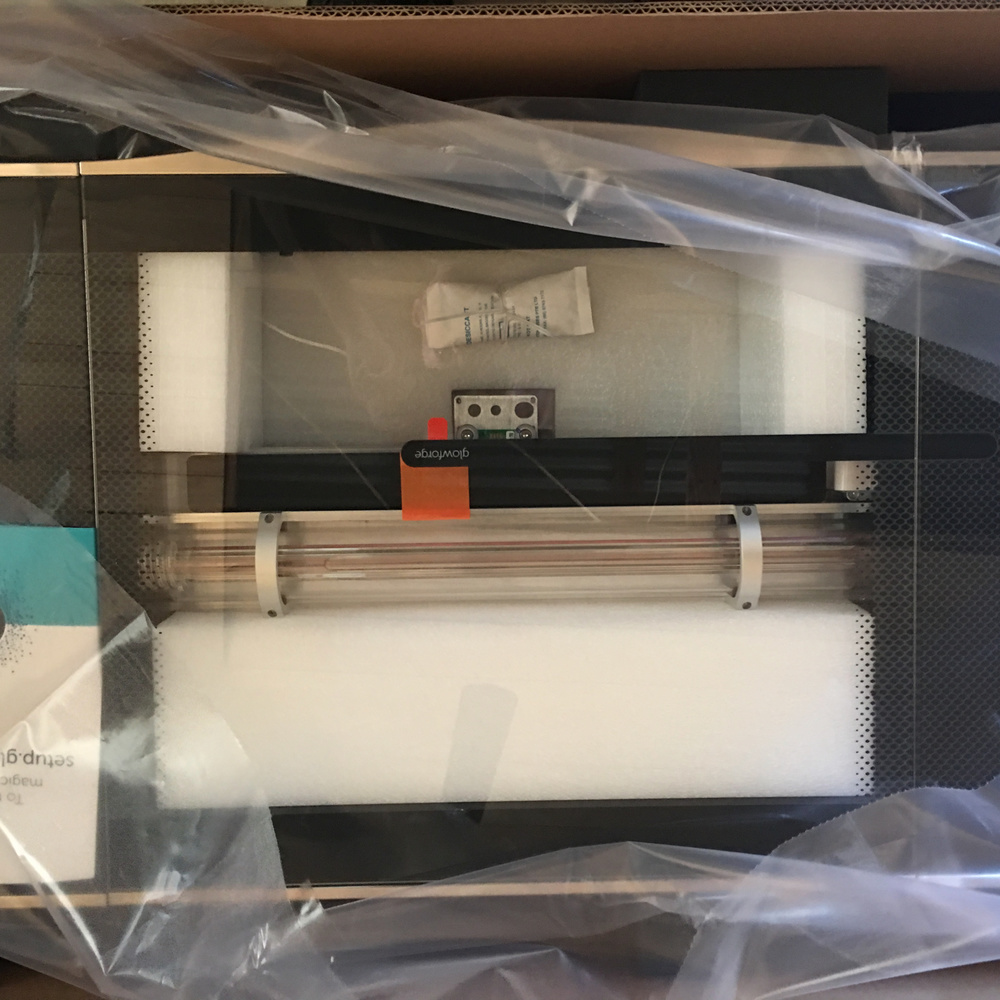 Looks like they’re including a desiccant pack too for tropical destinations. (Nice touch!)

You are one of the most responsive, creative, helpful persons on this forum. I’ve read hundreds, maybe thousands of posts where you set people on the right path. Thank You for your helpfulness and moving us newbies and Old Schools on a path towards productive outcomes.

(I’m just thrilled to see some folks from outside the US finally getting to join the party!)

(Thanks for the kind words!)

Congratulations! Your life will never be the same… in a positive way.

NC must be considered Tropical… mine had one as well.

I have come to the conclusion that @Jules is one of five Quintets! Or maybe Septuplets! There has to be bunch of genetically identical @Jules that work in shifts 24 hours a day!! Or maybe she and all her identical sisters have formed a GlowForge “Call Center” that quickly answers all GF posts!

You’re Welcome! Actually it’s a point of contention. We are part of the US , considered citizens but we can’t vote for the President. Also the USPS delivers as state = VI. But the other shippers consider us “International”.

down here. The last 17 years have been interesting. Power cost higher than Hawaii @ .52 per kw hr. vs .25 and we had a refinery on island. With the two Cat 5 hurricanes its been a struggle. Thankfully the Forge was late for me (“bizarre I know”) and was safe from the storms. We’re doing better, Puerto Rico is still really suffering.

But the burning has begun, already did the obligatory rulers, etc. It just works! at least with

Can’t wait to see what come’s out of our International Brothers and Sisters. So many creatives with a common cause. It will definitely be a ride…

Yeah, it’s tough to know what to call you guys - you are a part of the US, but not “connected” so to speak. As in physically. Of course, neither is Hawaii, hence the confusion.

Whatever thou art, glad to see you finally got it.

I cheated. I used a drop shipper, so the Forge came by container boat. The USVI is US to the post office but not to FedEx, UPS., etc.

But I still appear to the first Caribbean

. The google spreadsheet/map shows only three of us in the Caribbean. So I’m glad to make it to the first and wish my Dominican Republic and Montserrat forgers an early delivery.

Mine in CA too

Glowforge lands in de VI! Am I the 1st in the Caribbean? Everything Else

I have come to the conclusion that @Jules is one of five Quintets! Or maybe Septuplets! There has to be bunch of genetically identical @Jules that work in shifts 24 hours a day!! Or maybe she and all her identical sisters have formed a GlowForge “Call Center” that quickly answers all GF posts!

s main business isn’t lasers at all, but in fact artificial intelligence (almost just put AI, but knowing this forum some people will be like “What’s Illustrator got to do with this?”) and the lasers are just an elaborate ruse to get us all together in this forum and @jules is really just an algorithm and this is the worlds most complicated, convoluted and downright despicable Turing test!

Think about it, one of @dans early ventures was Robot Turtles which was clearly a low tech analogue pre curser designed to take any suspicion away from the real task at hand.

NC must be considered Tropical… mine had one as well.

Mine in CA too

Okay, now I’m gettin’ kind of pacqueed here…did everyone else get one? I didn’t get one. I’ve been dissed! Dadgummit! It’s very tropical here. I deserve a desiccant pack to throw into the box in the attic! I want a free desiccant pack! (Knew I should have refused delivery.)

and the lasers are just an elaborate ruse to get us all together in this forum and @jules is really just an algorithm and this is the worlds most complicated, convoluted and downright despicable Turing test!

Sorry @jules, even in snowy London we got a desi pack and it’s fancy schmancy clay, none of this run of the mill silica packs for us Glowforgers, no siree, in fact I was just saying to the………………Hang on a second the Glowforge is making a strange humming sound and turning a funny colour………

I deserve a desiccant pack

Put me on the list. That and the wipes. I am feeling rejection at its fullest.

I did take some time to mirror around the corners and look all over inside, figuring the wipes had slipped their leash.
None.
And now desiccant packs. It keeps piling up…

The silver lining is bOb seems to work swell without either.

Some thoughts about my new

One of the easiest setups I’ve run into (providing proper WiFi, etc), almost as easy as my Cosmo. I was up and running in minutes.

Certainly meets my industrial design expectations. Quieter than expected, certainly less than my vacuum. You can still have a conversation.
As to the interface, nice, but needs work (we know it’s not final) needs a formal cheat sheet for key commands. I know they are on the forum, but it should be built in or at least available for printing. And yes they are intuitive but still…

As to the wipes, I get more at Kentucky Fried Chickens for much less, you can do better…

As to environment, I hit the dreaded “cooling” at 1100 hrs AST was not unexpected but now it looks like I’ll be a night-forger for a while until I can install A/C (after I fix what Irma and Maria did to me).

I’ve run the obligatory Founders Ruler, metric and Imperial, and a number of others. This

is tooooo easy. Will start on my own projects as I get a feel. Oh and the last photo is what happened laaaatttteeee last night. 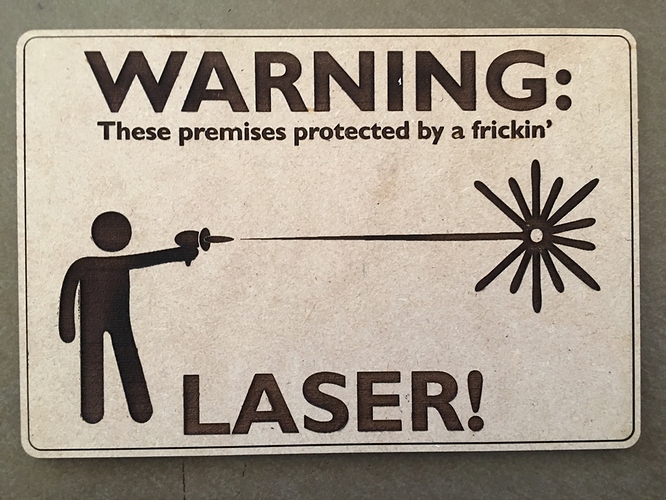 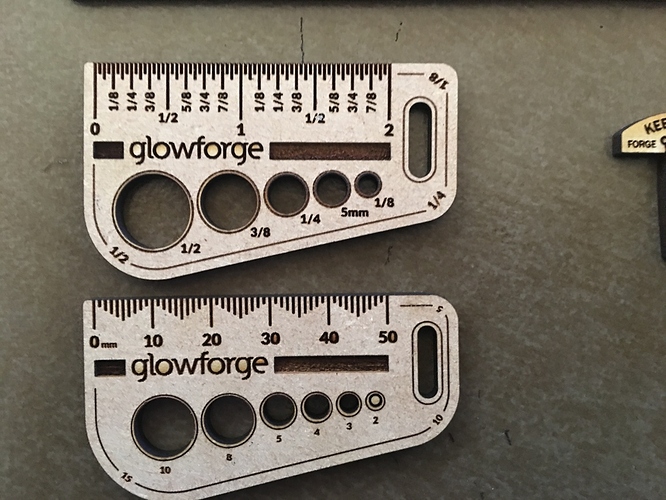 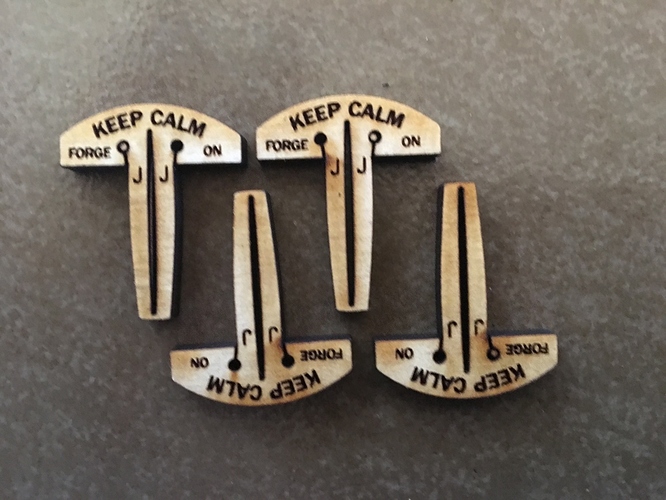 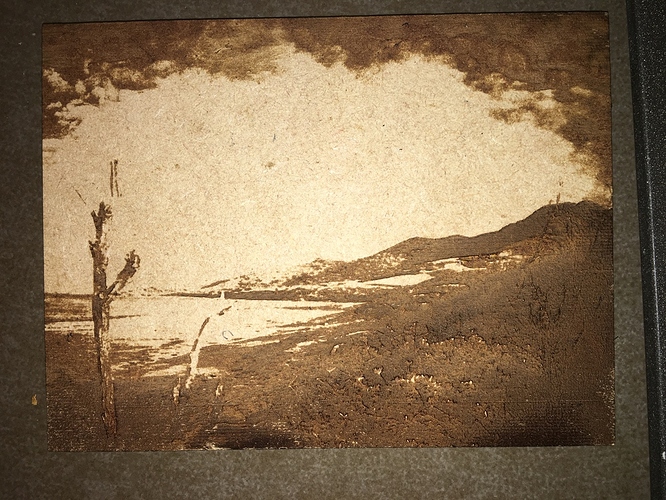 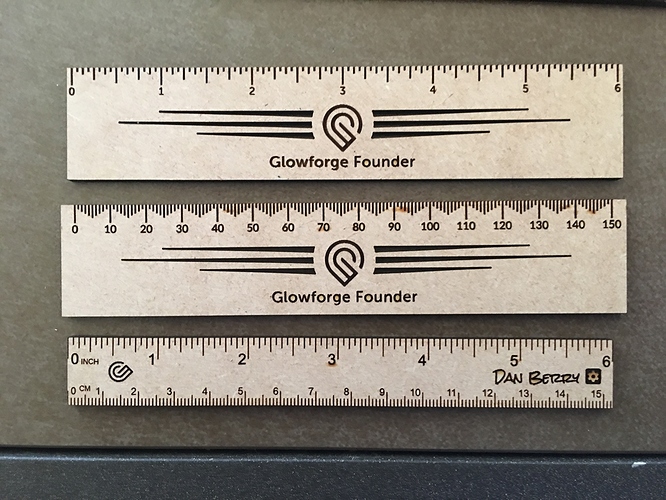 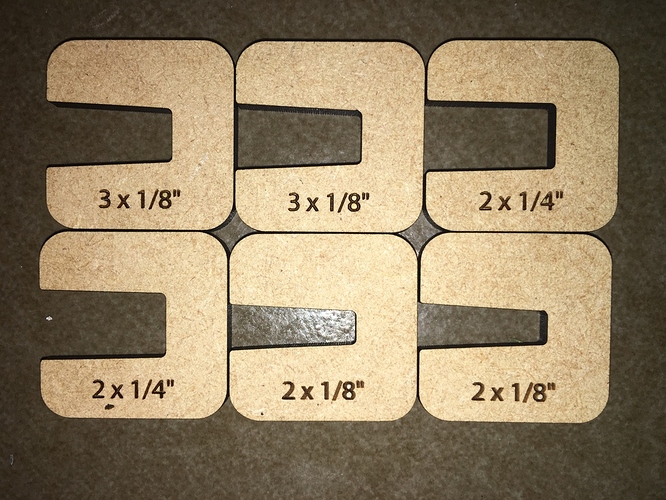 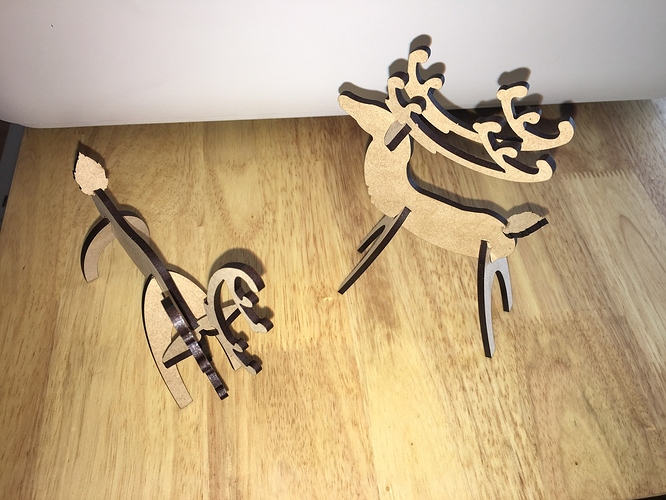 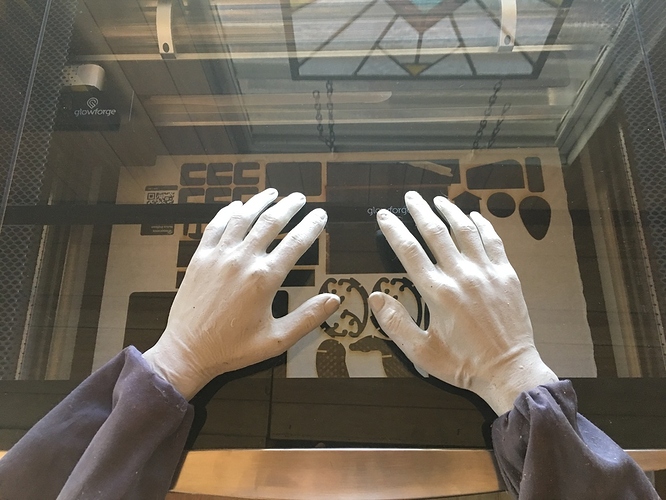 Chuckle! Well my favorite is the North Shore engrave by a long shot.