Mom texts the hubby (Captain Awesome) and I to buy Chinese New Year decorations. Captain Awesome volunteered to pick it out at our local Asian Supermarket during his lunch hour.

Long story short - Captain grabbed the Wedding Symbol wall decor… ! (Of all the Chinese New Year stuff there was at the super market… he picked this one because it “looks” cool… )

So… we can’t used it… then he yells “Can Glowforge cut red paper?”

After some online search for a design and 10 minutes later… 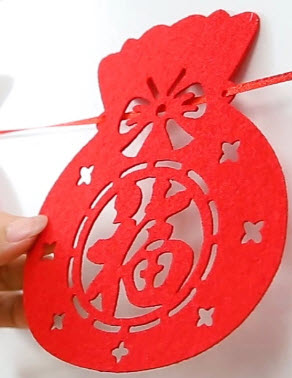 This project is great, but the story is hilarious.

Hahah - yah… now we have the wedding symbol decors!

Anyone getting married soon??? Free!

The thought did cross my mind when he volunteered to get it because he is as white as they come hahaha (Love him) but I thought oh - he might use google translate or ask someone or something… plus we’ve been married for 6 years… I’m thinking… oh maybe he picked up on some Chinese words…? Plus… what are the chances that he would grab that one when practically everything was new year theme!

No fair! The two Chinese ladies I work with have declared me totally hopeless when it comes to stuff like this. I feel for Captain Awesome.

I don’t know if anyone else here is a Chuck fan, but this is what I kept thinking as I read the story.

Happy Year of the Dog !

Normally I’d side with the Captain on this one, but since he volunteered it’s on him!

Yes! We are huge Chuck Fans! That’s where the name came from.

Hahaha - Captain Awesome is an Electrical Engineer and Mega Lego fan. He likes the “blocks and lines” in the wedding symbol. He said “I should have just grabbed the one with the dog!” (Year of Dog) LOL

Captain Awesome decided that he wanted to redeem himself…

Went and bought this yesterday… (At the same supermarket)

(Hence why they were on sale) 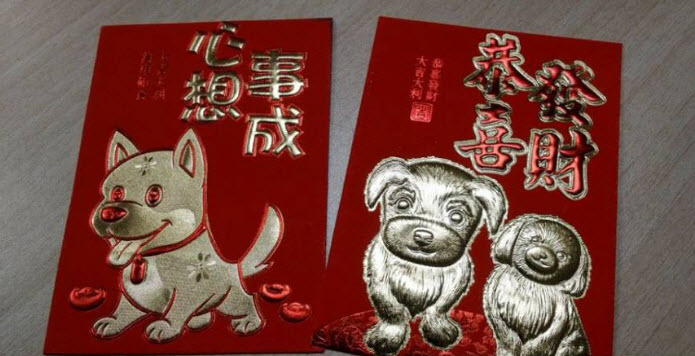 Well you’re all set for decorations in 2030 I guess.

Hahahaha! I sure am!