Guessing this will be in the GlowForge Pro Ultra :)

Chinese scientists invent laser so powerful it can scar the air (msn.com)

Fascinating. The quantum physics of ionizing atoms and the excited electrons will emit a photon identical to the introduced energy as they shed that excess and resume their original position - creating the image.

…and it only requires a trillion watts per square centimeter!

Not very interesting unless they can figure out how to colorize it.

And of course, they’ll need a solution to the problem of the laser killing anyone who’s down-range of whatever the laser is drawing…

I saw that and right near it some guy in California drilling holes in rock using plasma generated with electricity. Actually starting up a company. If he just gets that Chinese Laser he could start making 8 lane highways. 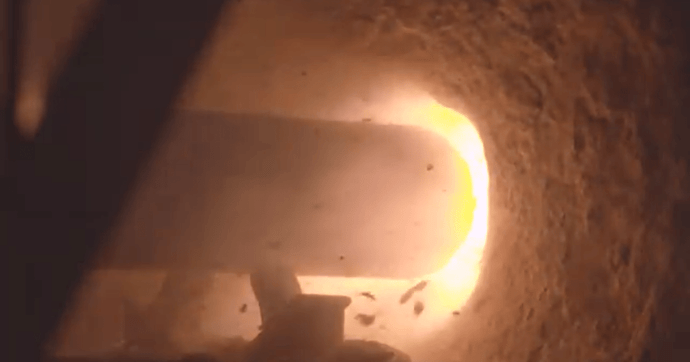 Bay Area startup Earthgrid says it's developing a plasma boring robot that can dig underground tunnels 100x faster and up to 98% cheaper than existing tech, and it plans to use it to start re-wiring America's energy, internet and utilities grids.

I saw that story, too. I had questions… it doesn’t turn the rock to gas, it breaks it in to tiny little pieces through a process call “spalling”, where the surface of the rock heats much faster than the immediately underlying rock, and that makes the surface layer split away and crumble. But the amount of material present is still basically the same. Gotta wonder how they expect to remove it so that their borer can bore. On mechanical tunnel boring machines, they have a conveyer that carries the rubble to the back of the machine where it’s carted away. But the rock is collected right at the cutter face. I don’t think they can do that here, the cutter emits too much heat…

Working with glass I am quite familiar with spalling. There is a good example in every Glowforge that gets a good fire going, In the case of the Glowforge the glass is already under tremendous stress so when it goes it all goes. In the case of most rocks, they are not under initial stress, but rapidly heated that part expands while the rest does not. As it cannot actually move the stress builds and builds until the strain cannot be sustained and it lets go with tremendous energy so it flies away like a bullet. Exactly how that would be used to direct the pieces to how they could be quickly removed is another question but I would guess it to be a vacuum cleaner like air stream.

If that’s how they do it, I think their method sucks.

Definitely don’t try this in Texas

Another questionable project coming out of Wuhan.

They like their questionable products over there. especially the lab leak ones.