Happy with this engraving

I think this came out amazing. 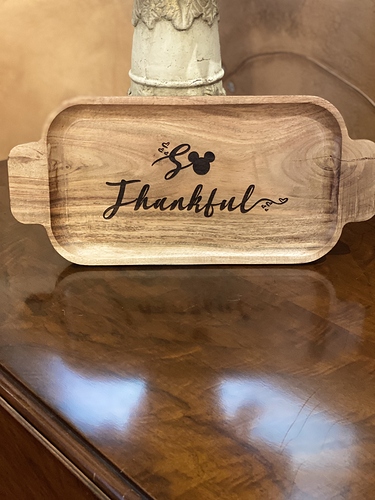 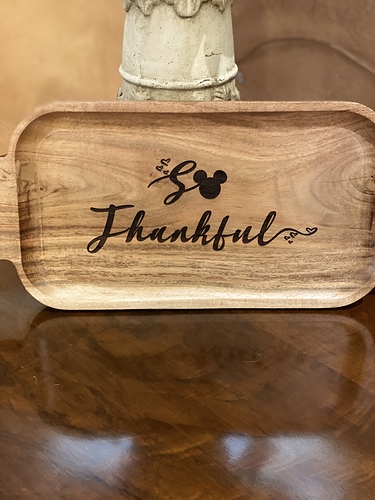 What are the letter and mickey symbol above “Fhankful” meant to be? S (heart)?

It says So Thankful. Be creative. Mickey represents an o

Don’t mind him, he’s just giving you a hard time.

It’s good feedback, not a hard time. I had no idea what it was supposed to say either, and I’ve got a vivid imagination. (I actually though the S was a G, but that’s just the font’s fault)

Glad you’re happy with it, though. It’s nice and dark anyway.

Yeah, I just wondered what it was supposed to say. Cryptic font…

Nice job on the engrave settings…

Yes, super nice contrast on that.