Has anyone created a switch plate to switch from outside vent to air filter?

Has anyone created a switch plate to switch from outside vent to air filter? I have been venting from my chimney in my living room for years, but I accepted the air filter I originally ordered because in the summer when it is really hot outside smoke does back up in y house. I guess it is the heat rises thing.

Anyway I would like to be able to switch between the outside venting and the filter as needed so I am looking for something I can create or by that will make that easy. I have seen a post where someone has made a way to open or close the vent, has anyone designed one that switches between two?

I’ve been thinking about it, but can only offer you moral support at the moment.

Put a blast gate on each of the two “outputs” so you can switch between them.

have you considered adding a strong booster fan to your exhaust to help push out the chimney? does your hose go all the way to the top (the way it would for an insert)? if not, you could consider going rigid sections up through the chimney, then connect that to a fant at the fireplace and a flexible hose to the GF.

A good magnetic quick release system would seem to be doable too?

Also, as an economic argument… cutting a vent hole out the wall would probably be a good bit less expensive than the cost of a filter, and that’s not even counting ongoing media costs which make the argument even better for a proper vent setup.

The hose does not go to the top. I made an inexpensive insert from insulated foam board and installed it with duct tape. I have considered a fan but with the exception of the really hot days it has worked well for years.

Our home is brick and the air filter was paid for several years ago. So cutting a hole in the wall is not a good option for me.

the way a well-installed fireplace insert works is to run the exhaust pipe from the box in the fireplace to the top of the chimney. that way you don’t have to seal the chimney and if there’s any cleaning to do, it’s done inside the exhaust pipe. with an exhaust fan and a pipe, i think you’d probably eliminate the problem completely.

Do you still use the fireplace as a fireplace from time to time? I would be a bit concerned with the buildup of materials in the chimney itself which could cause a risk of fire. My concerns are probably overkill but would be worth inspecting if the fireplace hasnt be used in years and you wanted to use it as a fireplace again.

My filter has not come yet, but I did accept it. I have a tracking number. Yes I have used the fireplace for years. I may have it inspected at some point.

Thanks I think the Y-connector and blast gates are what I am looking for. I was thinking about creating something from a pattern but it may make more sense to just buy these parts.

This what you are looking for? 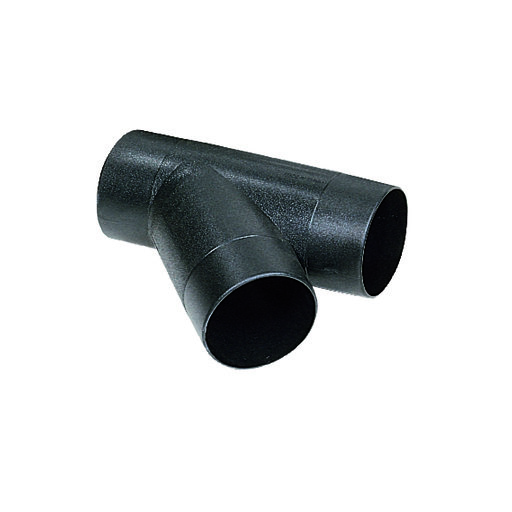 
and the blast gate 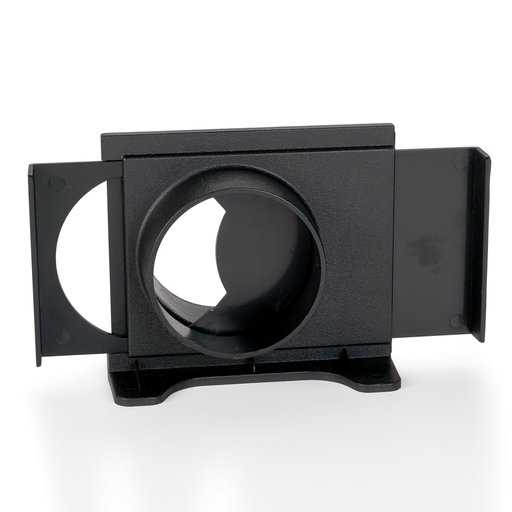 Wall mount feature on this WoodRiver® Self-Clearing Blast Gate Dust Collection Fitting provides a large, 6-1/2" x 3-1/4" flange with mounting holes to attach the fitting on the wall in either the horizontal or vertical direction.

I may have it inspected at some point.

I wouldn’t lose sleep over it. Take a look at the amount of accumulated deposits inside the hose where it connects to the machine, then compare to the other end. Even over a few feet, nothing of significance is going to collect up there.

I just changed out my vent system so I took a look inside the 4" inline duct fan I’ve been using for 2 yrs, you can tell it’s used but it’s nothing like what you see on the exhaust grate, for example.

I agree probably a non issue, just wanted to throw it out there because depending on the type of work you do with the machine the amount of material that goes out the vent hose drastically changes. in just a few days of engraving Christmas ornaments i was able to completely block the screen that was in front of my gf vent as well as making a sizeable pile of ash and debris on the window sill inside and outside of the screen. That was engraving deep for 12hrs a day tho, which i think isn’t what the normal person is doing i would think.

It’s not exactly a switch but Rockler makes a quick change hose thingy (I think @Jules posted success with it awhile ago?)

Thought I would post this here for good measure. Pretty cool solution to remote blast gate control. Easy enough to adapt to a two vent solution and make on a Glowforge.

In the meanwhile, I’ll continue to reach over my Glowforge and connect and disconnect the hose from the vent I made.