Help with engraving - maybe it's contrast?

Hi folks - I’ll preface this by saying I’ve looked at a lot of other posts, I just need just some help, if I could spare you the “search the forum”. Thank you 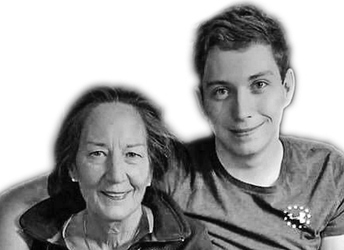 After several test prints, I thought I found a setting that would be perfect, but when enlarged it just doesn’t have any contrast. When looked at a distance, you can barely see the photo. Can someone please help me out? (The large job in this photo)

The bottom right was a print I did w/ GF proofgrade setting, then could never get it to replicate, so I took advice from others and created a manual setting.
550 / 60 / 2-83 density & 340 line per inch
I’m using .20 inch birch plywood, nothing fancy 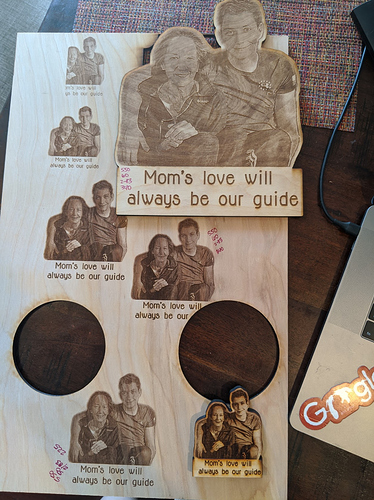 1st would be a question - are those the same material? That will definitely make a difference if they’re not. It looks like your large one was done directly over a knot in the wood, likely the wood was harder there.
2nd I’d suggest putting the large one back in and running the engrave again - folks have found good luck with running it through once as vary power, and then again at convert to dots. In the future leave it in the machine until you’re happy with it - then you don’t have to worry about trying to line it up!

You could try upping the contrast on the photo even more, but I think you’ve got a decent balance there. If you did decide to re-up, I’d do more contrast on Mom’s face, because the son already has a wider range of colour going.