Help with this style of engraving please

So I have a question for anyone that is willing to help me. I use Inkscape and V carve as my primary design safware and am trying to figure out how to engrave the flag like it is on the picture that I will attach at the end. I don’t even know what to look up online to learn. The picture is from a plaque that was given to me on my last submarine. Any help would be greatly appreciated!! 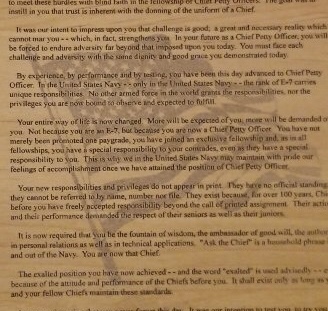 As you can see it is barely visible and can be used as a background. I really want to figure this out.

The easiest (I think) answer is to experiment with the Photo Engrave settings for it…those are designed to account for grays through dithering, although you might want to take the photo into something like Photoshop or Gimp and remove the wooden background first. You’re going to need to have that appear on a white background for best contrast. (Might take a few steps to remove the background and leave the gray flag.)

Get your flag graphic first, use however many colors you want for different tones and engrave at low power, then come back over with the text at normal settings.

Experiment a little. This should be easy enough to create from scratch. Have fun!

So it will be just like a photo engrave? I have tried a couple phot engraves but the come out a little darker. I don’t neccesarily want the flag just the style of engraving!

Here is what I have done with a photo: 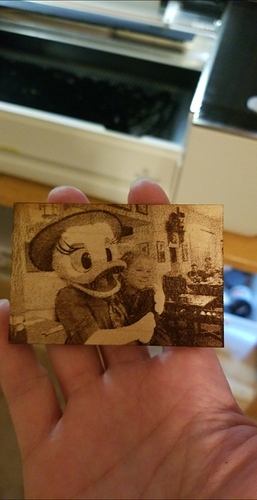 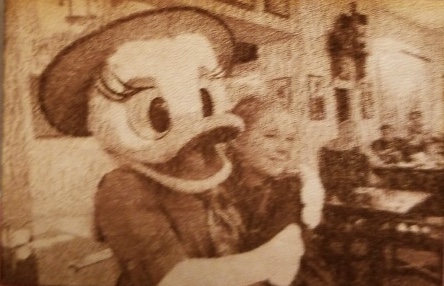 Yes, but if you are building it from scratch, and not using that photo to generate the flag image, you will probably get a cleaner result if you do what @hansepe suggested, and create a separate image for the flag, engrave that first at low power and low LPI, then come over the top of it with a second engrave for the text. You can make that one darker.

Ok thank you. Should I make the picture lighter shades of grey or lower laser power or both? Just trying to find a starting point

Technically, if you wanted to treat it to separate settings, you would need to include two separate engraves in the SVG file - one vectorized photo engrave for the “flag image”, at a low LPI and low power to prevent charring, and a separate deeper engrave for the text (so it would need to be a different colored fill) that you could increase the LPI on and burn it darker, after the flag had been rendered.

But it would take a lot of experimenting on scrap to make sure you had the flag part of the image rendering the correct “light” color for you - you only have two colors to work with in engraving - burned and not burned. Grayscales are just an optical illusion created by dithering, which is what the Photo Engrave settings do. (All the little dots you see.) If you treat the original as a Photo Engrave, you’ll get more widely spaced dots for the gray areas, and more tightly placed dots for the black areas. (More of a solid fill.)

You can experiment with both methods…and might wind up coming up with a new technique. I haven’t done anything like this yet, we’re just spitballing ideas here.

I have a flag like the one in the picture in svg format that I have used as just a deep engraving. I haven’t tried it yet but can I select photo engraving for an svg?

Nevermind not an option for svg.

If it’s a rasterized photo inside of the SVG I think you can. (Never tried it.)

Just checked, yes you can.

Can I rasterize in Inkscape? Not sure how to do that.

Edit:
I think I figured it. I can create a copy as bitmap or pixalize. Let me know if I am incorrect please.

Yes, that’s correct. (sorry for the delay - got a little bit detained.) 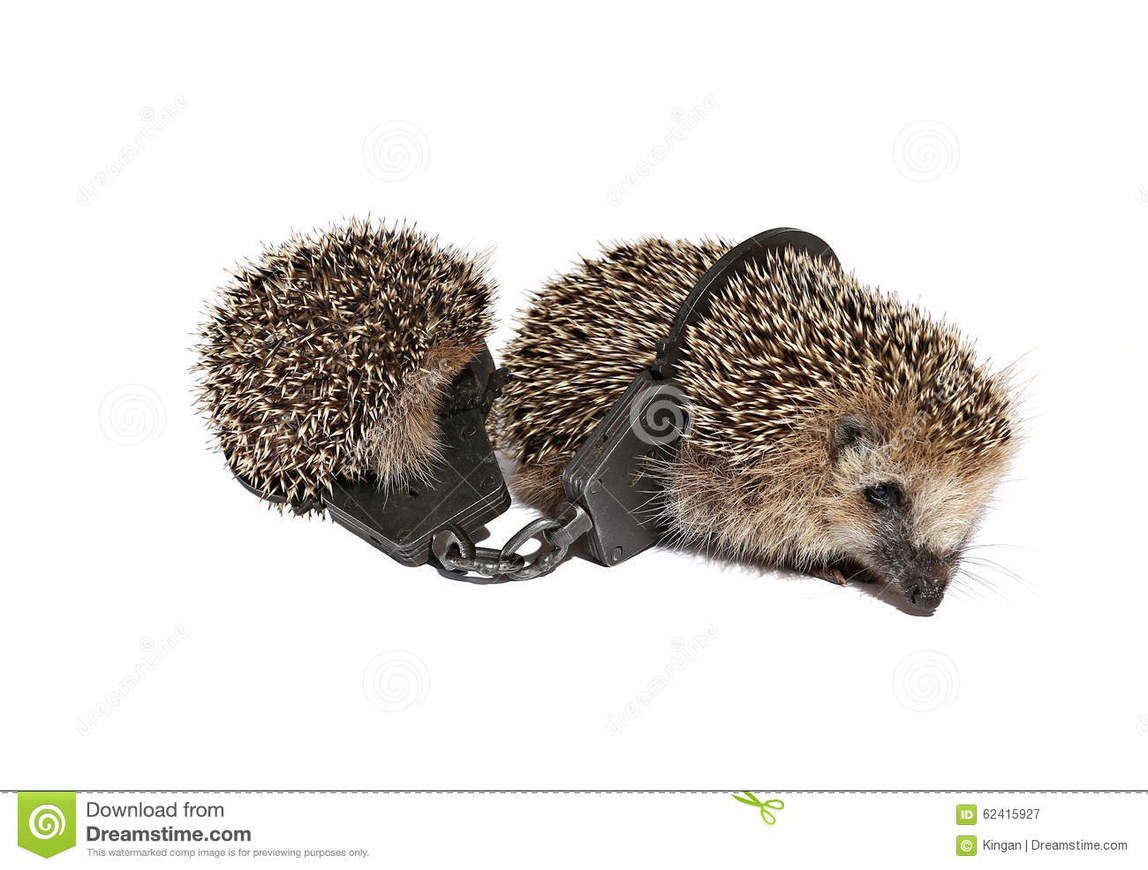 Who would think to take a picture that way?
(Thanks! That just made my day!)