So the other night I was starting work on the Bench Dogs that @markevans36301 had asked me to machine for him on my Tormach. Well the first attempt looked really nice until I blew it with a slightly undersized soft jaw on Op-2 which marred the mirror finish of the Op-1. 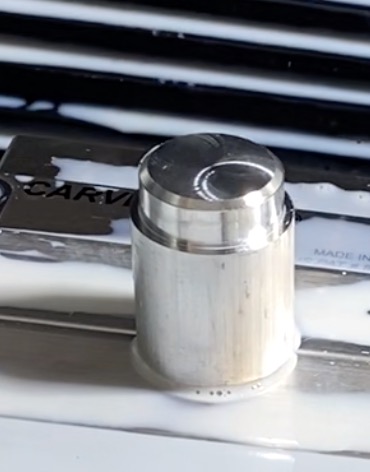 A really nice mirror finish (or it was). I think my second soft jaw (hadn’t made it in this pic yet, but it was about .002" too small - ugh - well easy enough to fix)

Anyway, When I reached in to get it out of the soft-jaw I slashed my hand on the end-mill (they are really, really sharp); should have remembered to park it at maximum Z-height! 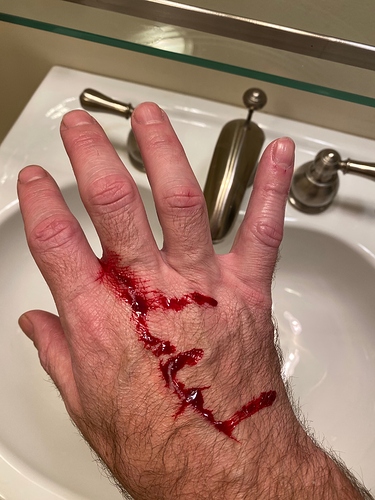 Anyway that’s not what this post is about, this is about a different problem with CNC milling that everyone has in the modern era. For those not into machining, there are 2 types of coolant systems your milling machine typically uses: Flood and Mist. The mist systems now use a directed nozzle to blow coolant just on the work piece. The coolant does 3 things, it lubricated, it moves chips away so they don’t get “recut” or friction welded to the work surface and of course cools the cutter. Flood uses lots of coolant (gallons per second) to do the same task. The cooling capability of the flood style is of course way higher. However the ability to FILM through flood coolant is almost impossible since it splatters everywhere.

If you want to see flood in action and how it affects a GoPro, the intro to videos on my channel are a great example:

Now the big-boys with their fancy machines sometimes use a spinning window in the door that spins at very high RPM to whirl the coolant splatter off the window (just in that little zone) to film through. However no way is that going on a machine like mine (they cost more than the entire mill). So on mine you see a lot of: 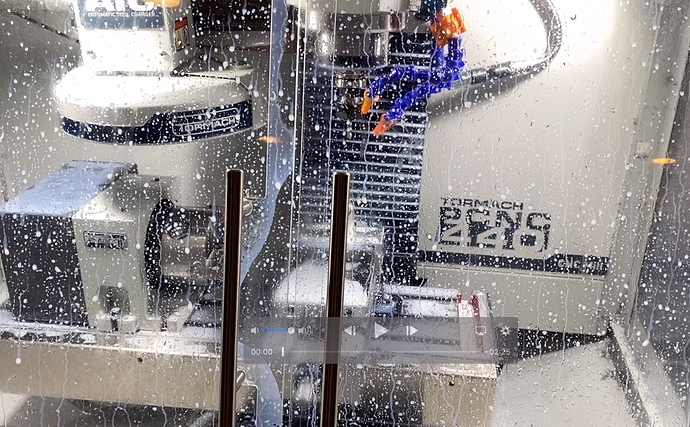 Now of course if you put a GoPro inside the machine you can get behind the doors in which case less area to trap droplets. But the lens of the GoPro gets covered in splatter too. The tricks I have seen on YouTube is to use some RainX on the lens. I tried that and it didn’t help very much. So I thought, well why can’t I use an air blast to blow it clean? 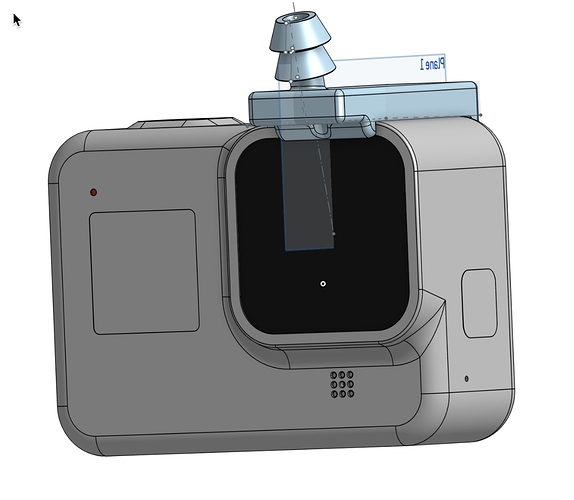 2020-08-01_13-40-181260×1096 85.5 KB
So this takes a standard Aquarium air-tube (that feeds those air-rocks) and blows it onto the lens. Now you may ask why not use the compressed air feed that the Tormach has? Well that’s 150PSI to start with, and I worry about a drop in pressure (plus that air has tool lubricant injected in by the Tormach for the tool changer and Power DrawBar which is a nasty oil to get on your lens). And aquarium air-pumps are cheap, and at 60CFM moving through a 3/16" fitting that’s actually a lot of flow to blow droplets down the lens).

If people are interested out there in the community (the milling/youtube community) I could probably investigate injection molding these in nylon and selling them. If not I will just give the file away on Thingiverse. While this will undoubtably create an issue with sound, rarely do you really need good sound recording inside your mill’s enclosure…

Ouch! Not something you need - now or ever!

I will note I refilmed that intro, and made a video about making that intro, which has better flood coolant in it, about how to film 120fps slow mo inside the CNC with LED lights. 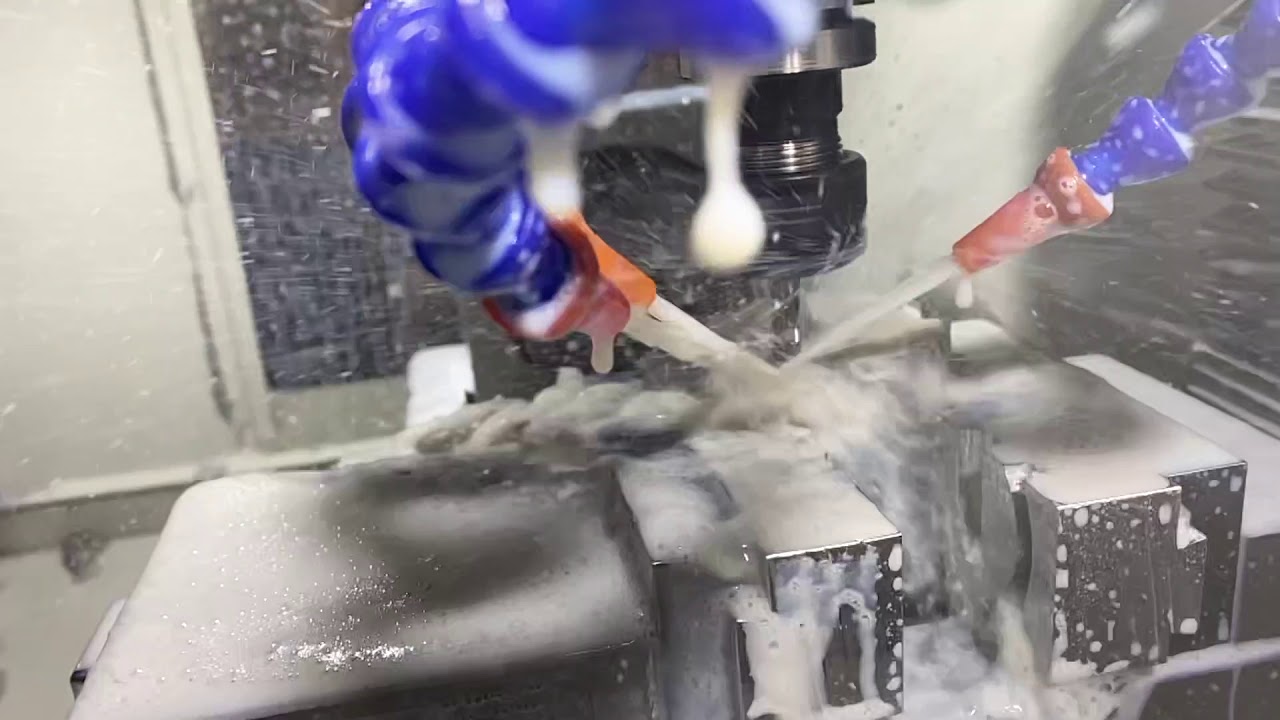