How to do a Response to an Epidemic

Taiwan is giving lessons. All businesses open, kids in school, no shelter in place.
A Democratic country with government healthcare. With a population of around 23 million, they have had fewer than 500 cases with only 6 deaths. Oh yeah, and a Vice President who holds a Ph.D. in epidemiology. Yeah.
Brings the degree of failure into clear focus. 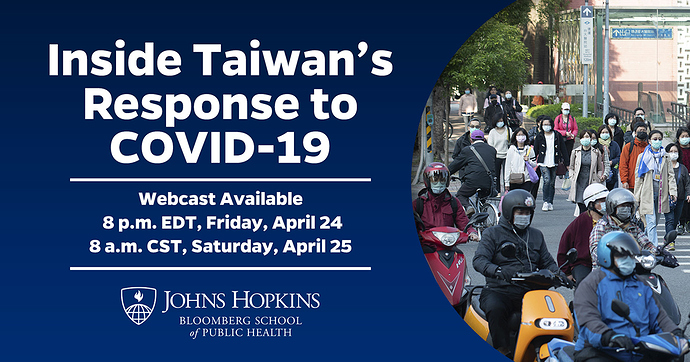 Inside Taiwan’s Response to COVID-19

Taiwan has emerged as a success story in the global battle against COVID-19, having had fewer than 500 cases and only six deaths, despite its proximity to China.

you Americans have my sympathies - and careful with the bleach… 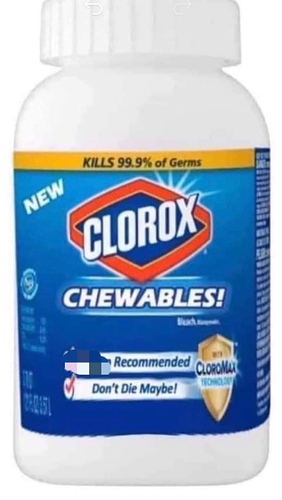 careful with the bleach…

Haha! Yeah, I learned if you mix it with ammonia and breathe deeply you won’t have to worry about any virus. 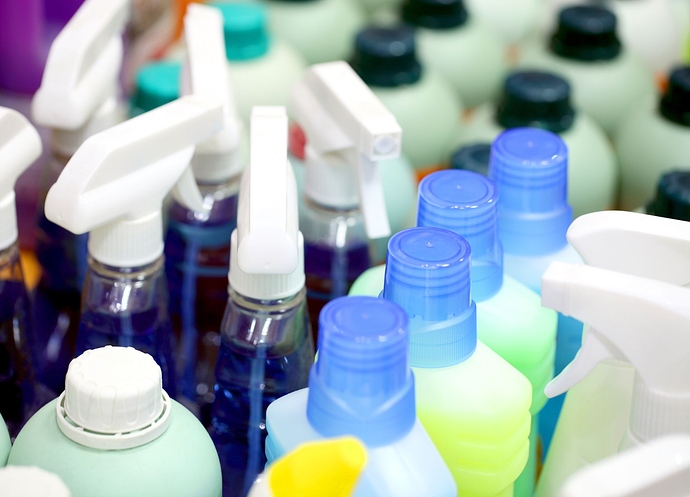 Chlorine gas is released when ammonia and bleach are mixed together. The toxic gas created can kill you. Here is what to know.

Someone locally to me here posted this on FB this morning…joking, of course, but I loved it…

“Time to take the warning labels OFF… let people do it. Let them eat paint and Tide Pods and whatever else, too. I’m done. Take over, Darwin.”

fewer than 500 cases with only 6 deaths

Don’t think they had a half million Chinese flying back after the lunar year festival.
Part of the problem in Spain and Italy were people returning from the festivities. Their garment districts are populated by Chinese workers, for the most part.

Easy to see how it affected the US when you realize that half of the deaths are from within New Jersey and New York. The current theory is that occurred from Europe, while everyone was focused on China.

The current theory is that occurred from Europe, while everyone was focused on China.

40,000 people were allowed to re-enter the U.S. from China after the virus was first confirmed here in Seattle. That’s a non-trivial statistical sample likely to have been infected.

40,000 people were allowed to re-enter the U.S. from China after the virus was first confirmed here in Seattle.

That was my point. They had to allow the citizens back into the country even if they had to check them and quarantine them (such as it was).
Meanwhile, on the east coast, they were flying in from Europe unopposed.
The west coast didn’t do as bad as New York and New Jersey. Without the death totals from those two states the other 48 states would have looked like a shining example of what to do.

Interesting also, that comparisons are made to Italy v America or Spain v America.
All of Europe combined is still about 100 million people shy of the US.

Well, if the studies coming(LA, Chicago, NYC) out on antibody production, it seems the amount of people either asymtomatically infected or inconvenient symptoms that let them keep going as if it were a common cold are anything to go by, it seems infection and recovery rate is anywhere from 2.5 to 5x higher than we thought. Still bad but puts it inline with a fairly bad flu season.

Still, those susceptible to illness should be wary and those who come into frequent contact with them. But that’s said all the time anyway. Most just don’t want to listen. The susceptible included.
WASH YOUR HANDS ALWAYS!
STAY HOME IF TOU FEEL ILL!

We’ve already exceeded 50k deaths for an estimated 900k cases. Even if the infection rate is 5x higher (~5 million) - that makes it more than a factor of 10 more deadly than the flu.

Among the dead were 180 babies, children and teenagers, more than in any year since the C.D.C. began tracking pediatric deaths.

More than 80,000 Americans died of the flu in the winter of 2017-2018, the highest number in over a decade, federal health officials said last week.

And okay, the deaths are higher now than last I’d kept track at just over 53,000.

What you quoted is how many deaths they assume they prevented. Not how many there were.

Because the virus is constantly morphing they have a ready way to layout where the various strains are coming from. There is a number that arrived by way of Italy but many that came directly from China and many more that were several generations from China but not related to those in Italy.

You are absolutely correct. I’ve no idea why I went brain dead there

I was focusing on “how many does the vaccine save” and got focused on that instead of adding it to seasonal totals. So still more deadly, but much closer

Well, with all numbers that everyone is throwing around it’s not hard to go cross eyed over them.

As with several other cases I don’t know that the real number of folk dying will not be known as whole swaths have never been counted. Only now are they admitting the number dying in nursing homes with no reference to those who died previously, and many jurisdictions are going out of their way to blame something else to keep the count down. I am very worried for our friends here that have parents in a congregate facility as only now are the issues being exposed.

How NOT to do a Response… 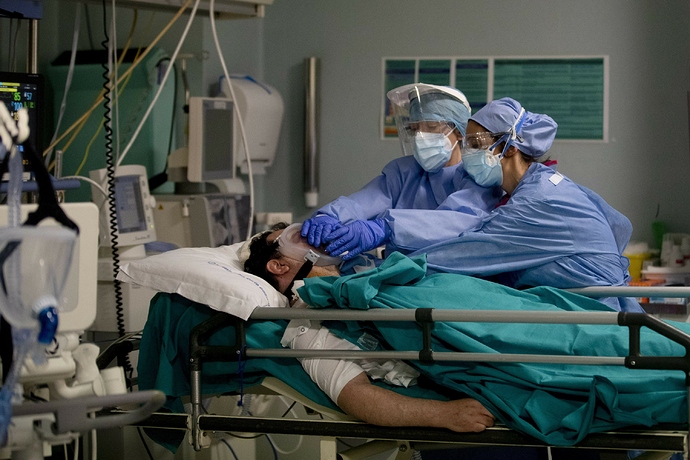 ROME (AP) — As Italy prepares to emerge from the West’s first and most extensive coronavirus lockdown, it is increasingly clear that something went terribly wrong in Lombardy, the hardest-hit...

How NOT to do a Response

Keep seeing the same quotes and narrative being pushed.
official total of 26,000 fatalities lags behind only the U.S. in the global death toll
Italy is like an American state, and cannot be compared to the country as a whole.
ALL of Europe combined is still 100 million people shy of the US population.

Regardless, when this is all over, I suspect there will be budget adjustments all across the globe. Causes of being under prepared have already proven it is expensive to be prepared. The machines cannot sit idle, and need frequant checks (costs money). The PPE degrades and has to be replaced periodically (costs money).
So unless you have a slice of your budget set aside for this, you will be scrambling again when the next episode arrives.

As a veteran I reflect on what we spend on our military to ensure preparedness, and here we find ourselves at war as we stand on the battlefield unarmed.

As a veteran of the cold war, I knew I was more prepared than many psychologically, but only recently have I realized just how much different than the average person.
People don’t understand that success looks like it was all for nothing.

And I’d add that we’ve been hearing for years we had to pay for the war on terror, by preparedness including for a bio attack. Well I saw the anthrax case after 9/11 in NYC (as an intern on our service), and to be honest we’ve just run the test. We are completely unprepared for a bio-anything. So what did all those billions buy us? I mean we are so prepared that I have to wear the same N95 for an entire weekend (they get super nasty inside, just like they let nothing in, they let nothing out either). Now that we can resterilize them that just gave us an almost 20x boost in N95s in Boston…