Hello, my alignment is at least 6 inches off, making it impossible for me to try to reuse proof grade materials. at first it was almost correct, except when I would try to recut something. Then, it was an inch off, which made it hard to line up new cuts near old ones. Now, I place the cut near the far edge, and it ends up in the middle. any suggestions?

Yeah, six inches is too far off…wait to hear from Support.

It might help if you could capture a screen shot for them showing the placement of the cut and the preview. And let them know the time and date that you tried the failed print.

So you are saying that once the file has been uploaded, you move the design to where you want, and then the resulting cut is 6" from where it is shown in the Preview image?

I’m talking about this image. For example it’s about 1/4" off. 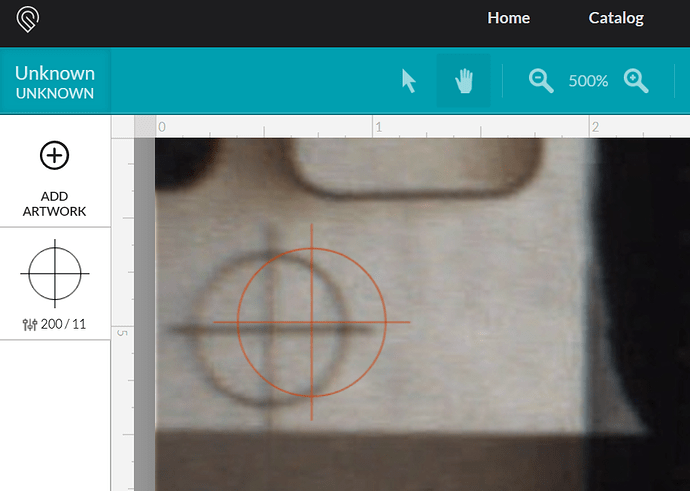 It almost sounds like what happens when the head is bumped or moved while the unit is turned on. Have you tried turning off the unit, moving the head to the center under the lid camera, and turning back on? 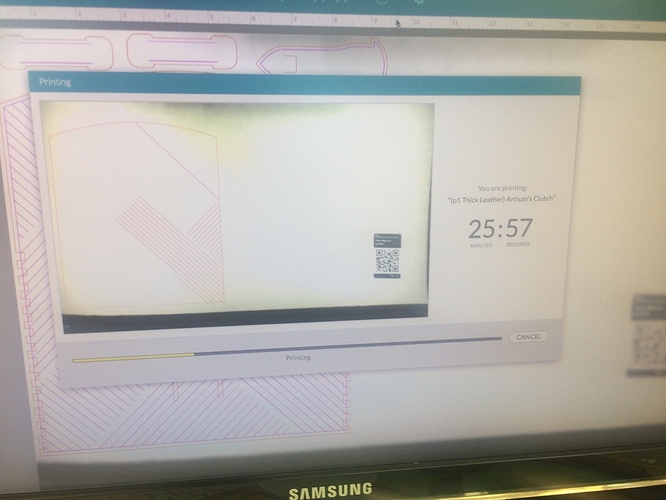 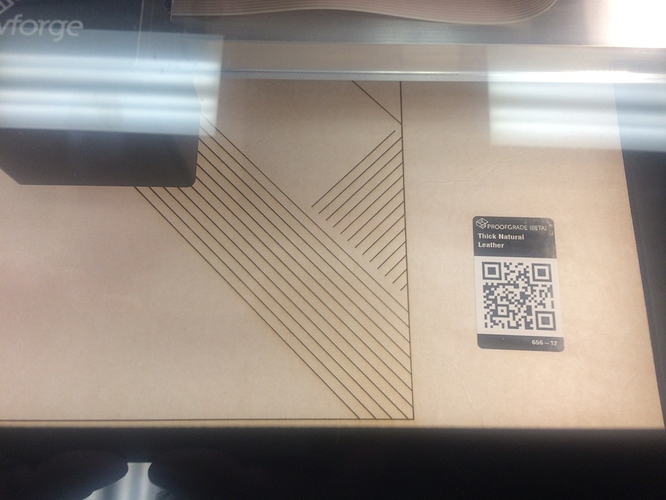 Yes, and I added a shot

I’ll try that, but I think it’s been getting worse over time

Yeah, just let them take a look. I’ve never seen anything like that. Your ribbon cable isn’t twisted is it? Backwards or upside down?

(I wouldn’t think so since you did get some initial cuts out of it.)

That’s understandable. The only reason I asked is because there have been new owners confuse the fact that what they designed in a third party drawing package was placed many inches away from where they intended on the design page. A totally different issue than being off in the preview image. Extremely important that everyone is talking about the same thing.

Have never seen a preview/cut difference more than about 1/2" and that machine was replaced. This is a first.

It does look like a weird placement issue. It’s hard to tell since the bottom picture of the resulting print is no a full bed picture to give size perspective to the design as printed. But judging size from the scale of the QRC, it is alignment/placement and not a scaling problem.

The resulting cut was the size of the design, then, I assume. That is funky. But it sure did hug the bottom of the material and not go outside the material placement in the Y axis.

Wow. That’s really something. First I’ve seen anything like this. Can’t wait to see you get it resolved!

I understand Support has indicated that accuracy could change over time. So far I haven’t seen even 1/16th inch drift over days of not turning it off.

So far I haven’t seen even 1/16th inch drift over days of not turning it off.

I haven’t run for days on end. But I have run an entire day and never noticed any change.

Certainly can’t say it’s impossible. But I think they may be covering their bases. Fact is, if the alignment changes for any reason, it will never know since it never re-aligns for any reason aside from booting. So if one were to bump the head getting material out and it shifted 1/16", everything would be off 1/16" from that point until rebooting. So it does make some sense to reboot every once in a while.

Thanks for letting us know about this. We’d like to have you try a few troubleshooting steps for us: