I need help on a design

Hello,
I’m kind of new to glowforge and using illustrator. I was wondering if there is a way to remove the outline around this design so instead of engraving the outside then cutting, glowforge can just cut the outside and not engrave then cut.

If there is a way, a step by step using Illustrator will be greatly appreciated.

I’m going to go with… What?

When you say ‘this design’, are you referring the to entire image (soccer ball with the two rounded rectangles) combined?

The image you’ve posted appears to have an engrave (black lines that make up the soccer ball) and a cut (red circle around the ball) which should appear in the process tiles as independent actions, each of which can be ignored if you don’t want one or the other to happen.

The rectangles inside are okay.
But the black and white of the soccer ball and the black outline around the ball are combined and that is why i can not ignore it. I just need the cut action. I hope that makes sense. 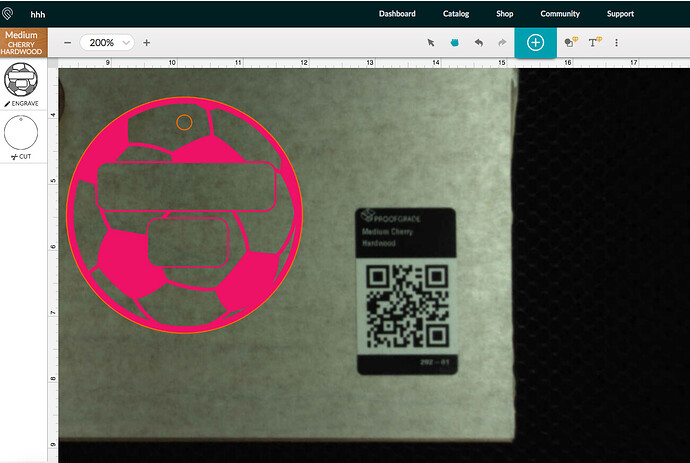 It’s not clear to me what you’re after. You want to cut out the blank spots on the interior of the ball except for the rectangles?

I believe that they would like to try and remove the thicker black line going around the outside of the ball and keep the red cut line. Is that correct @tshahoomian?

The way to do it is via node editing - it’s fairly simple to shrink the outside line so it is almost invisible around the ball - and then you may want to enlarge the interior so it once again matches the size of the outside cut.

Actually making it go away entirely is more complicated since the black is all one shape - if you really want that you might do better exporting it as a .png and then tracing the outline.

This should get you started:

If I cant making it go away entirely, then glowforge will still engrave it. Am i Correct?

Have you tried just putting your cutline on the inside of the thick black line?

If this comes up again, you can use Illustrator’s eraser tool on the black shape. It has a round “brush” so there might be a little clean up after to get a smooth line unless you have a super steady mouse hand. There is literally a also smooth tool tho so this can be easily accomplished without diving into the anchor points/nodes.

The toolbar icon for eraser is

and the smooth tool is under the shaper tool 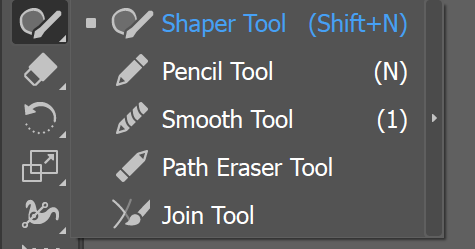 The smooth tool is my fave!

glowforge will still engrave it

has a default that if two things are on top of each other, it’ll ignore them - it can be frustrating if that happens accidently, but in this case no - as long as you get the line right on top it won’t engrave. The one I uploaded was close, so if it did it would only be a few specs of engraving here and there. It sounds like Illustrator has an even better tool for that job though! Fabulous (I use Inkscape)