BTW, if your travels bring you through the Denver area, be sure to give me a heads-up and stop by for a solid home cooked meal for you and your mate there!

Great Story, Safe Travels. How do you have the glowforge secured from bumps in the road etc.

I would love to do that, but can’t imagine lugging my workshop around.

I really wanted to do that from a sailboat but it is now too late in life for my body to manage it. There was a 60foot trimaran that I think finally sold for $45k but I could not swing that sort of cash at that time. I think you could play football on the deck, and it was rigged for single handing and way better shape than the price would indicate

This is SO cool, JB. What a great life-change. If I were younger and more agile, I’d be envious. Very happy for you both!

Y’all always have the most overwhelming responses to things… this is a heck of a community!

Wow! Safe travels. If you are going through Missouri, I can find a level spot for you and a nice field for Rio.

BTW, if your travels bring you through the Denver area, be sure to give me a heads-up and stop by for a solid home cooked meal for you and your mate there!

Offers like these are just amazing and show what this community really is. I slept at a gas station in Lebanon, MO on my way back from a Minnesota ice-fishing trip; you offered then as well, which is just awesome. It’s a good thing I didn’t take you up on it at the time, since I came down with the flu the moment I got home. I love that area of MO down through the Ozarks and into Northern and Central Arkansas. At some point, I will definitely be back that way to explore some more.

As for Denver, I have a feeling that I’ll be going through at some point… that area has so much to offer and I’ve spent very little time in CO compared to the surrounding states.

We travel in a 35 ft diesel pusher RV and are trying to figure out how to Glowforge while on the road. Really want to make things at craft shows, flea markets etc. venting is the problem now until the filters are available. Not giving up…just slowed down. But slow is good as camera is always fired up and ready to shoot awesome shots just like you have done. Happy trails!

I know a lot of people follow the craft circuit around - how cool would it be for a maker to be able to do that with the level of customization that the Glowforge allows for? The filter will definitely open up some possibilities for that type of environment; I wonder though, since you’re fully self-contained (I’m guessing), if you couldn’t have your booth and park nearby - and just ferry the finished pieces back to the booth for customers. Schedule an “order ready”/pickup time. Not sure if that would damper the immediate gratification thing and discourage sales or not?

Enjoy the ride and please share some photos now and then. I wish my cat would come up with good ideas like Rio does, but he doesn’t even talk to me.

WIth the Snapmarks, I’ve started engraving little quips, quotes, etc. on the back of the some of the specialty pieces… one of them that I use, if I have a cat piece, is “The cat does not offer services. The cat offers itself.” Not sure how it goes over with cat lovers, but I think it’s true enough

I could fit all I owned in a backpack, now I can’t get it in a 50 foot trailer.

When I moved up this way from Houston, I rented the biggest UHaul truck they had and it was packed as tight as could be… and that was just for me. I told more of a story here… but the reality is, I sold a good portion of those things that were “weighing me down.” Granted, I have a storage unit…but I’m working at reducing the stuff that is in there as well. Which is hard - I hold onto a lot of sentimental type stuff… and let’s be honest, non-sentimental stuff as well (a good chance you’re going to need it at some point, right!?). But, I started going through clothes to sell and give away… a lot of them still had dry cleaning tags on them from before I even made the last move up to Wimberley (over 18 months). It feels good to get rid of a lot of that stuff…

Very excited for you. I would love to do that, but can’t imagine lugging my workshop around. You’ve just proved that it’s possible!

Do you use satellite broadband?

Can’t wait to watch your progress. Do you have a blog?

My original plan was to get a “toy hauler” style, since they have garages (that is mostly meant for hauling toys - motorcycles, ATV’s, etc.) but I just couldn’t swing it with what I had budgeted. They seem to be in fairly short supply, with a fair amount of demand, so they really pull a premium on them that I wasn’t willing to pay. The toy hauler route would have been much easier to make this work, and I could see someone being able to set up a pretty complete workshop in one of them. I’ll probably try to upgrade to one in a few years. Basically, you’re putting a shop into a ~10x8’ area (but, the rear door can often act as a platform [they call it a party patio, I see workspace]… so you could have another 8x8’ that you could pull mobile workspaces out onto)

I went the rear bunkhouse layout… so, the back is basically a slideout with a bunk area. I pulled out the furniture (mattresses, a sleeper sofa) and then just utilized the bunk structure and the open area with the sofa gone. It’s tight though… and my workflow is more methodical now. Before, I had the room to just work on things as I pleased. With things being tighter, I find myself moving equipment around to the work area, which makes me work more in stages: print everything, trim everything, etc.

No satellite right now. I’ll see if it’s something that I really, really need. Also, no generator at this point, so I’ll be sticking to pretty established campgrounds rather than boondocking. I’ll just have to be a little more choosy about where I stay and make sure that it has some type of connectivity. I picked up a Verizon Jetpack to supplement my data and make it to where I didn’t have to reconfigure devices as often (it also acts as a router, so I can send stuff to the printers, etc). I plugged it in the first day and blew through the 15GB 4G data allotment, so now I’m at 600KB/s for the rest of the month… I did bring along the XBOX (for streaming on one of the TV’s and the occasional game if I’m really bored). Apparently, when I hooked the XBOX up to the jetpack, it decided to update everything that hadn’t been updated in the past month. Lesson learned

I thought about a blog. I really don’t know what “voice” I want to put with it though. There are a lot of travel type blogs out there that are chock full of good info. I don’t really know what I could offer above and beyond what’s out there (that’s partly a problem with the way that I think – if I can’t offer something better… then why do it? Which is probably not a great way to think about it, since the info could still be useful to someone.) And I would have to name it too! That’s always the really stinkin’ hard part… Ridin’ with Rio? Down Rio (River)?

Your courage to walk/drive a different path is admirable.

I’ve had a couple of people use that word… courage. I appreciate it, but don’t know that I fully get it. It’s definitely not normal (I get that lol). But, I don’t know about courageous. I hope to hell it works out, but if it doesn’t, what’s the worst that can happen, ya know? (Have I convinced you to do the same now? haha)

How do you have the glowforge secured from bumps in the road etc.

I’m using the Glowforge packaging. I kind of wish I had a better solution because it’s a BIG box in a little space and I haven’t found a good place for it yet when the laser is setup. But, it’s also a box that I have to bring along, if I ever need to send it in for work.

Thanks to you and your team. You bringing your vision to fruition is what really makes something like this possible (at least much less painful than other solutions). The form factor - a self-contained, fairly mobile/lightweight unit, took a lot of the potential frustration out of making it happen.

While you’re at it, you could start writing a book about your adventures. Seriously.

For reference, one of my favorite books of all time is “The Art of Racing In The Rain” by Garth Stein.

For reference, one of my favorite books of all time is “The Art of Racing In The Rain” by Garth Stein.

That’s one of my favorites as well! Would you happen to be a ghost writer?

If you find yourself in the greater Sacramento area I would be happy to host you and Rio. It would be street parking, but it’s a quiet, level, pull-through street.

What an amazing adventure! Very happy for you! (And Rio!)

"Glow-mad: Nomadic life with a laser, a camera, and a dog. "

There are a lot of travel type blogs out there that are chock full of good info. I don’t really know what I could offer above and beyond what’s out there

Your perspective is always going to be different than anyone else’s. You’re an amazing photographer and you’re traveling around with a Glowforge, a serious printer, and a cute dog. Pretty sure whatever you put up is going to be fun, interesting, and unique. I’ve been running a blogging group for nearly a decade and I think a lot of people feel the way you do, but some of the very best blogs weren’t written for the audience, so much as a way for the blogger to journal and capture memories. I’d follow your blog, so I hope you do it.

Just jump into a blog. Let it find its own voice unless you have a particular message you really want to put out, but then it usually has a voice previous to the start anyway and it wouldn’t be an issue.

"Glow-mad: Nomadic life with a laser, a camera, and a dog. "

There are a lot of travel type blogs out there that are chock full of good info.

I for one would definitely read the wandering meanderings of a Glow-mad!!

Ha! I like that! I went ahead and made one last night sittin’ around the campfire though. Ridin’ with Rio.

As-is. No warranties. No guarantees. Likely to not be kid-friendly, depending on if/when things go badly. 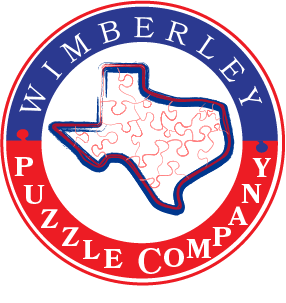 A story of a wandering puzzlemaker and his dog, Rio.

Now… I have to see if my frozen pizza will actually fit in my oven. Things could go badly.

Now… I have to see if my frozen pizza will actually fit in my oven. Things could go badly.