Image size is bigger once imported to GF

I’ve searched the Community but can’t seem to find an answer to my question, which is; When I create an image in Gimp for engraving painted tiles, I am setting the resolution and size of the image in Gimp, exporting as .jpg but when I upload to GF, the image is larger than what I specified.

For example, I created a Giraffe image, set the resolution to 600 and the size to 2.9"x4.7" to engrave on a 3x6 tile. When I upload the image, it is twice the size of the tile so I have to manually resize in GF which changes the dithering I did in Gimp and doesn’t produce as clear of an image. 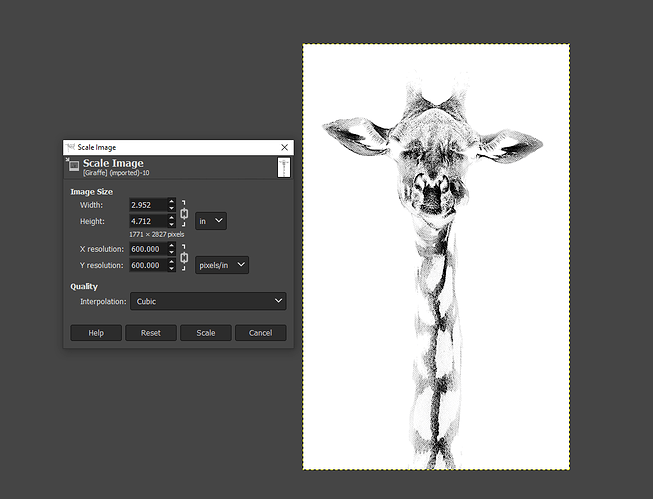 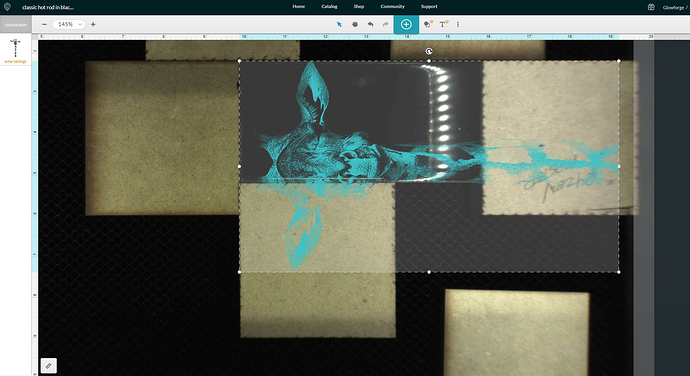 GF does not recognize DPI for scaling of raster images by themselves. It “defaults” to 48dpi, so your image would have to be 139x226 - which is ridiculously low resolution.

Just scale it once imported using the precision tool, or embed it into an SVG at the correct size.

Actually 96. Unless your dots are bigger than mine.

Interesting, I created three 2x2" images at different dpi, and these are the dimensions they showed up as in the UI:

In addition to the issue that JPEG files aren’t able to communicate their resolution to the Glowforge software, they also lack proper transparency and, due to compression artifacts, can sometimes cause unwanted dots or halos around the image.

I had the same result with PNG. In fact, I tried that format first.