This has happened a couple of times to me now. I import an image to Inkscape and put it in my design. It looks fine. When I upload it to the GFUI, it is pixilated.

This is by far the worst it has happened for me. I added the artwork separately, and you can see the difference. 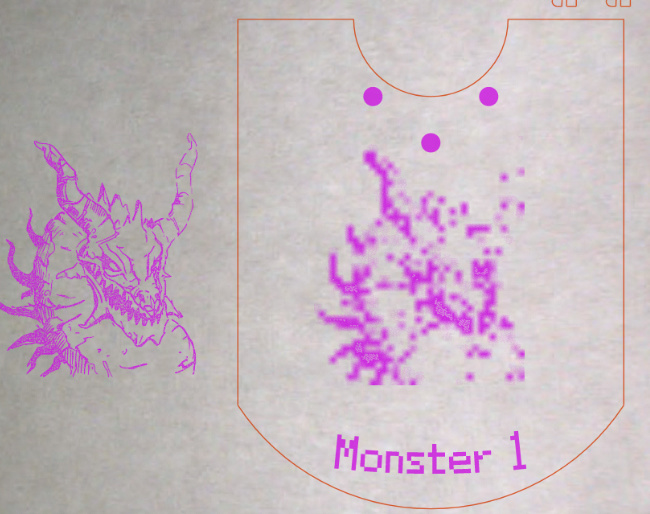 Has anyone else had this issue? Is there a better workaround other than adding the artwork afterwards?

Would you mind sharing the file that uploaded poorly, either here or at support@glowforge.com? Also, would you let me know what buttons you click when you save your file in Inkscape? Thanks!

Thanks, just sent an email.

Same thing happened to me many months ago, and was reported. In my case it was caused by rotating, or flipping, bitmap images within Inkscape. Can’t say for sure whether I was saving the file in Inkscape SVG or standard SVG. Has not occurred since but I avoid rotating images in Inkscape so don’t know whether the problem still exists.

Just doing the checklist thing here: this isn’t the problem with inkscape and non-linux OS’s where the clipboard messes things up bigtime?

Given the price of the Glowforge, and the amazing pace that they have been able to get this revolutionary new product into the hands of upwards of 100 people, that image looks good enough to me, so therefore it should look good enough to you too. Sheesh, it sometimes seems like people are just looking for things to complain about.

Thanks for noticing. I’ve been trying to fit in more, lately.

Joe, I found what caused my raster images to pixelate. If I import an image into Inkscape and select the imported DPI from the file instead of selecting the Default and then rotate the image in any way it will pixelate.

This is what I just got using the DPI from the file. 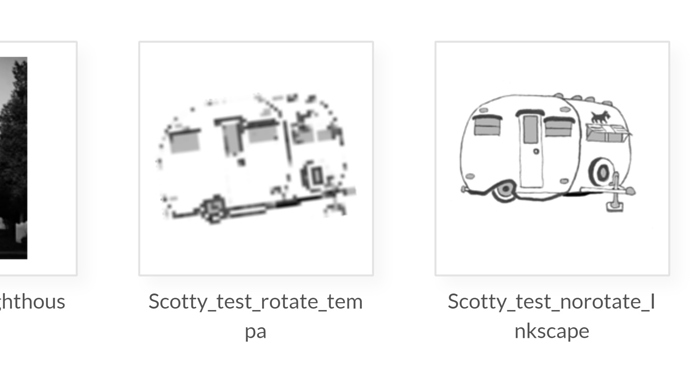 I didn’t rotate the image. All I did was shrink it down. It looks fine in inkscape. But in the GFUI, it looks pixilated.

@paulw I’m not familiar with non-Linux OS issue. What is it?

Possibly the same problem though. If the conversion between the file and default DPI are not picked by the GF UI then any manipulation of the image may cause the issue. All of my files look great in Inkscape. Only when importing them into the GFUI is the information somehow lost. Try selecting the default DPI when importing a raster file to see if that changes anything.

I haven’t checked to see if it is any different between Inkscape SVG and Plain SVG. Figure you can do that test. Plain SVG is the one that Support has asked us to use.

Edit: Just checked. Same problem whether I use Inkscape SVG or Plain SVG. Seems to be caused by using the File imported DPI vs. the Default DPI for a raster image.

Of course your problem may be different or the same.

I don’t use Inkscape, but I had the same problem…flipping an image while creating my SVG in Affinity. Same blurriness and bad image. I opened the image separately, flipped it and saved it, then copied it and integrated into my SVG.

Inkscape maintains its own clipboard, but on non-linux systems (macs, at least, not sure about windows) there’s a slightly arcane process to synch the inkscape clipboard with the system clipboard so that you can cut and paste from/to other programs. Unless you set things just right (I had to do a bunch of searches) any cut-and-paste operations will give you something other than an svg. But usually the badness shows up in inkscape as well. You might want to look at the file that’s uploaded in something other than inkscape to make sure.

In Inkscape, once you have the bitmap sized and rotated (or flipped) try using the Edit > Make Bitmap Copy command which generates a new PNG file with that new size/orientation and then embeds it within the SVG file.

I have similar problems in AI.
I figure I am doing something wrong. I am a complete AI novice.

I am a complete AI novice.

Same. I’m grateful to everyone who contributed to the tutorials, as it has certainly eased my learning curve … but that’s not really saying much. For me it’s not just about learning the software, but about learning to shift my creative process/mode of thinking to a digital one after many many years of creating by hand.

The results are amusing, and at times infuriating.

Thanks for the suggestions everyone! I’ll try out some of these tomorrow. (Tonight is D&D night).

So the screenshot in initial report is from the GFUI, with the nice looking part on the left being added directly as your artwork, and the bad looking on the right being assembled with the text and dots in Inkscape, using the same artwork?

I ask because if they are different screenshots, then the one on the right looks to me like a low-res version of the one on the left, with lines that are too small omitted.

This lines up well with the DPI suggestions from others here. So that particular observation holds little value. But I would say that if you need these made on a short timeline, it doesn’t look like precise positioning of the image on the piece is mandatory, so manual alignment of the image with the text/dots in the GFUI ought to work.

So the screenshot in initial report is from the GFUI, with the nice looking part on the left being added directly as your artwork, and the bad looking on the right being assembled with the text and dots in Inkscape, using the same artwork?

This is correct. Same artwork. It’s one screen shot. And your right, placing the artwork for something like this is a good work around. I just wanted to make sure glowforge was aware of the issue.

Thanks for emailing us @joe ! We are still investigating.