Inkscape help with a PDF file! 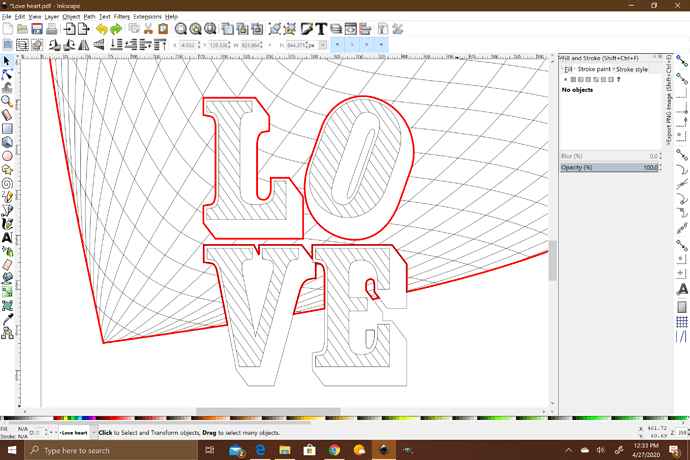 I downloaded this free design that I was going to do some edge-lit acrylic display with. I wanted to make a cut line with the outer edge of this PDF file. I selected what I thought was the outer line and I discovered the “outer” line is not really the outer line.
How do I fix this so the cut edge is not the LO but the bottom of the VE?

The L O V E are separate objects from the heart. I held down the Shift key and clicked on the heart, the V and the E and then did a Path->Union. The L and the O are still separate*, but you should be able to deselect/ignore them.

*Technically, pretty much everything is separate, but the way Inkscape behaves you should be fine.

Thanks for the tip, but it did not work like I was hoping. I still do not have the outer edge of the letters, only the inner part. I still don’t want to cut the LO, only the outside edge of the VE with the heart. I cannot de-select the LO, so I am guessing I just need to manually trace this whole thing? 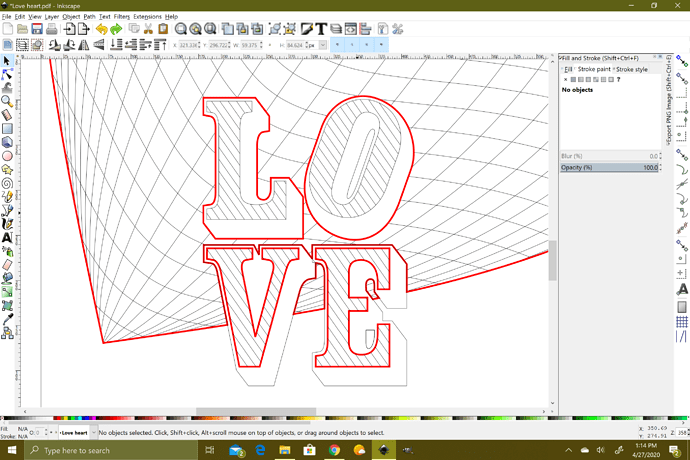 This is what I got 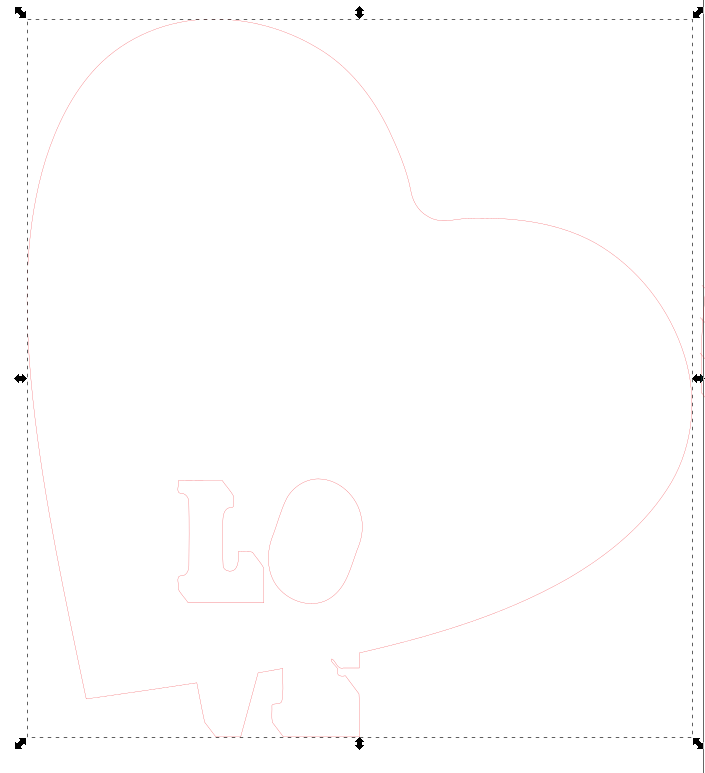 Edit - I made a bad assumption. Insert “Duplicate” (CTRL-D) between Select-All and Path/Union (CTRL-+).

You could do break apart and delete the L and O outline.

Did you start from scratch using the original pdf from your post?

If you want to keep the spurious detail to engrave it, my method works for that. If you just want the outline, then eflyguy’s method is better.

I still do not have the outer edge of the letters, only the inner part.

No matter if things are buried a few layers deep in a group, Holding the Ctl key down when you pick lets you pick the bottom of the groups. Picking many from that bottom you use Ctl +Shiftkeys when you pick.

True. I assumed they knew at least enough to duplicate first. My bad.

Which is what I thought after I posted, but then realized that technically the heart+V+E union means you can just change the color on the outside line and leave the rest for scoring engraving, so like .001% more efficient.

Those commands turn my heart into a guitar pick. Any idea why? 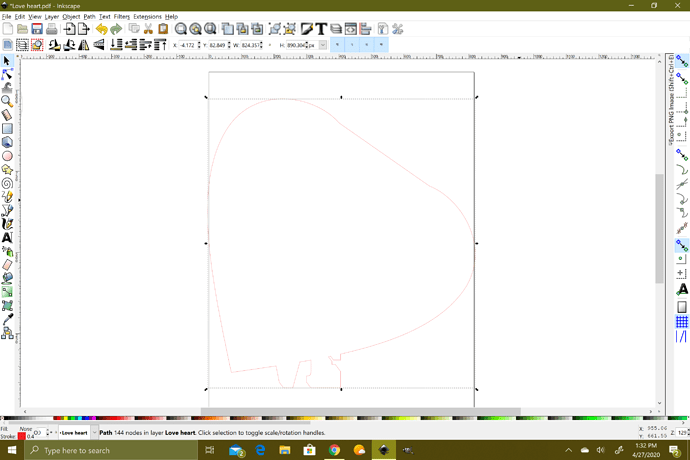 Is this what you need? You can engrave the red areas and cut out the green background.

Yes, that is the outline/perimeter of the entire shape. I thought that is what you wanted? 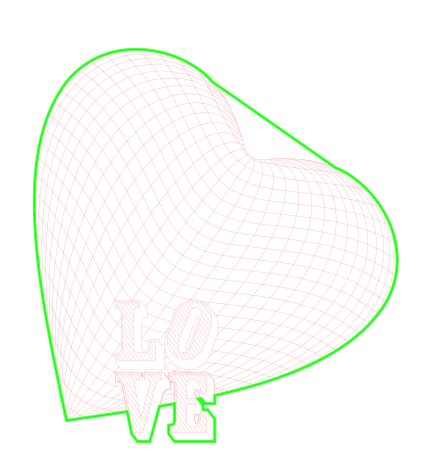 Yes. Now when I delete the guts to get the trace, my shape is changed to what looks like a guitar pick.
Is there really no TRACE OUTSIDE EDGE commands in Inkscape?

Check the one up above where I fixed that for you.

This is what it is supposed to look like. A heart, not a pick. 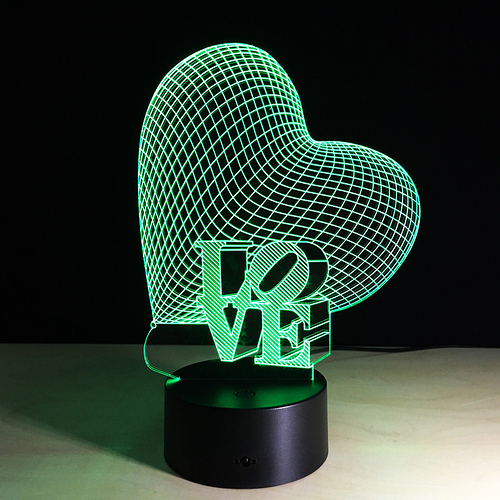 Cool, how did you do that? I have literally 100 separate unique files to do this to. I need to be able to make PDF files into an etch and cut pattern with maximum efficiency.

Well I had to break it up and delete a lot of junk. I also made a copy of a solid background and used that to cut the pick shape into the heart shape then deleted the stuff I didn’t want. I’ll go into more detail later if you need it. I have to run out right now.

Let me back up here. For 10 years, I used a Silhouette Cutting Machine that had a beautiful single button command, called TRACE OUTSIDE EDGE. Because of that, I never used any other program for this kind of work until I bought this GF. The Silhouette program is not compatible with what GF uses, so I am learning on the go.
I have 97 PDF files of edge lit designs in my folder right now, and none of them are tweaked to cut AND engrave a file, only engrave.
So, I have to manually make a cut line on the outside edge for 97 files.
In 3 clicks or less, with Inkscape, how can I trace an outside edge of a PDF file to make a cut line?