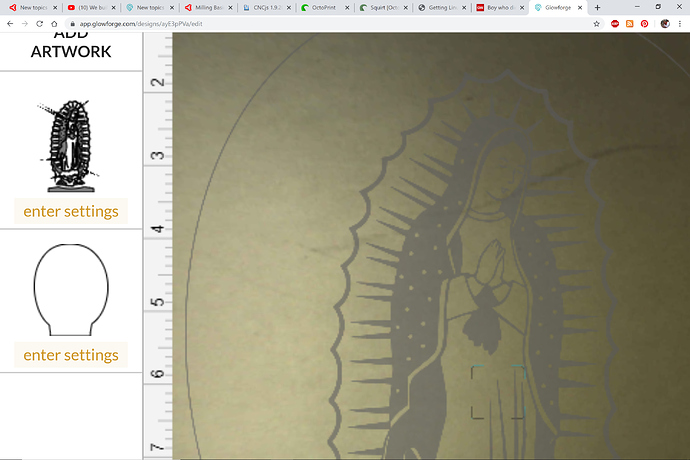 Interesting slashes and flashes in the operations preview of a vector engrave. 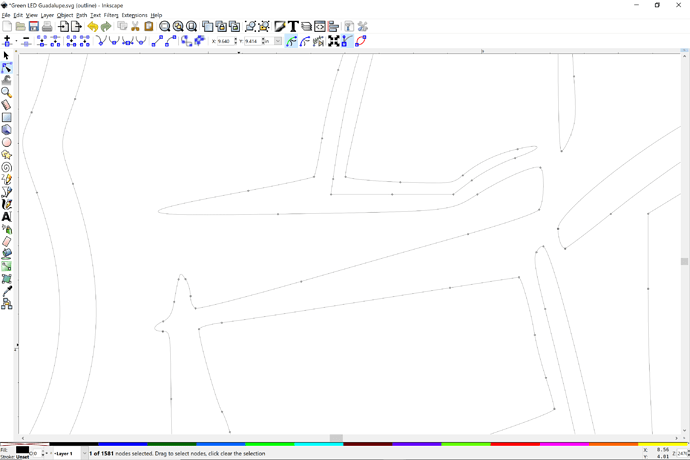 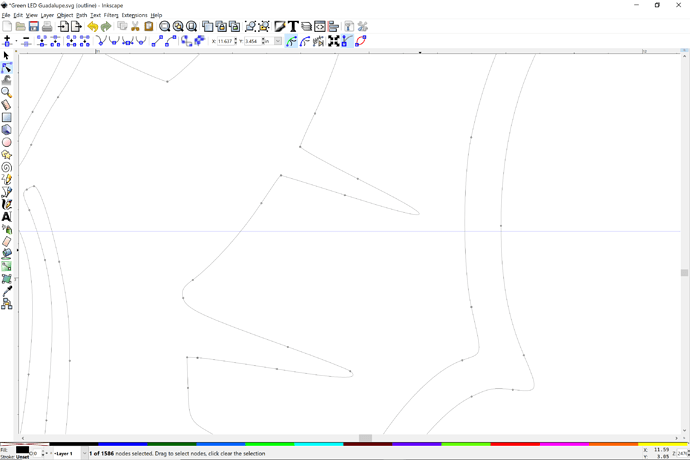 image3000×2000 417 KB
Zeroing in on the suspect curves which didn’t turn on a node but were somewhat excentric. I went around and put a node on all the points of the rays. 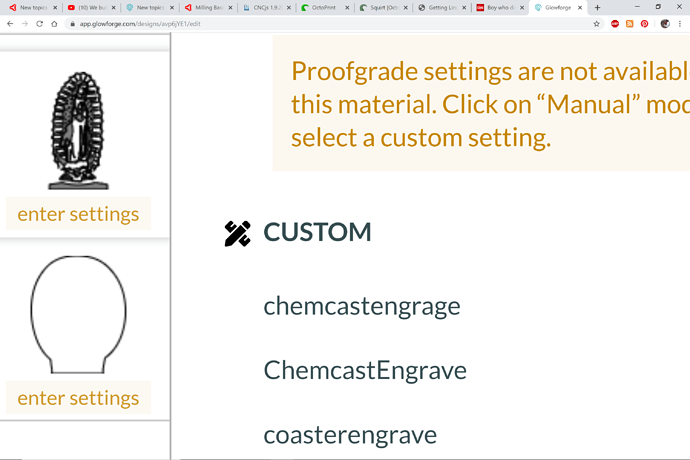 Operations preview image looks somewhat normal. Still gives me a clip path error that I can’t find but no longer has the weird look.

I’ve engraved this file before and didn’t have any issues. It had these funky flashes going outside the boundaries but I didn’t take the time to document because it worked anyway.

A cursory search didn’t come up with quite this kind of detail, but did have some observations about squirrely behavior with some twisted nodes.

It’s the big annual nine days of prayer and feasting before the feast of Our Lady of Guadalupe. I’m hosting tomorrow so I need to have a nice flashy image when we set up the altar. I did nightlights last year. This will be a bigger LED edge lit.

That’s very odd. I’ve never seen that with Illustrator figures as far as I can recall, although not to say it can’t happen. I’ll remember this solution if it does.

Don’t forget to show us the finished piece—should be pretty cool!

I haven’t seen that yet but I do get the occasional message telling me I have a clip path when I don’t. I just ignore it and so far everything has worked. 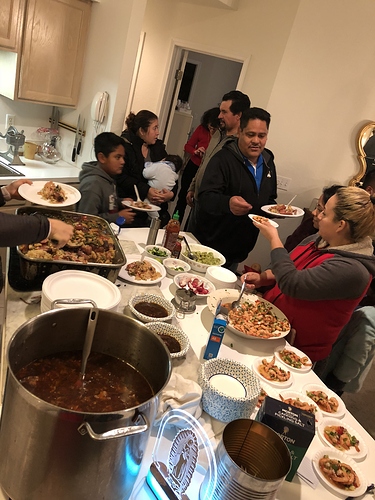 I drew names out of the jar for two LEDs of the design. Didn’t get a picture before they left. It’s here at bottom. You can see it doesn’t have all the masking off. I had about sixty people at my house for the sixth day of the novena. Black bean chili with ham hocks and chicken and sausage paella which I had to cook in a big roasting pan instead of my big paella pan. Just too cold outside and windy. Also Rick Bayless’s shrimp cocktail, a ceviche. Radishes and limes and jalapeños of course. The cucumbers were mixed with lemon and a coriander chutney I pick up at the international market in St. Louis. Coriander chutney is one of those things that you should keep in the kitchen. It really can do some amazing stuff with veg and salads. 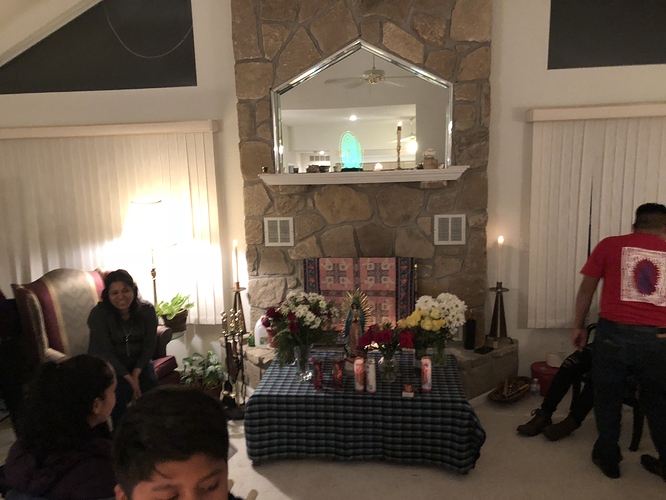 Here’s the altar. I have one up top on the mantle. Bad pic though

Wonderful festivities! I bet that kept you busy for awhile. I see so many smiles though.

Glad you worked through the file problem. Odd, isn’t it. I’m sure the recipients loved the LED lights.

Really is beautiful! (And looks like a great party too!)