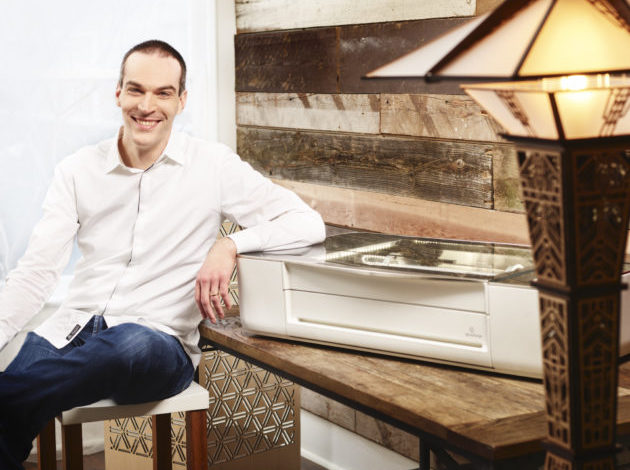 Commentary: Why this Seattle startup had to mess with Texas over healthcare

Editor's note: This guest post was written by Glowforge CEO Dan Shapiro. Other companies such as Yelp, Salesforce, and Citigroup are also covering similar expenses in response to new abortion laws.

For my money, and ONLY my opinion - good on you and your company Dan. Happy I own something from a company who focuses on good healthcare.

This should be yelled from the rafters. Those are not issues I have had personal experience with (other than being part of an underground helping women find such healthcare before Rowe, one in such desperation she took a coat hanger to herself and could not find a hospital that would take her in just to repair that.)

However, with insurance tied to employment it made it extra hard on folks with “pre-existing” conditions as employers would not hire them and I one case where I was hired anyway the insurance was collecting more money from my hire than I was and I was getting good pay. As a result almost all jobs I got did not include health care.

Tying healthcare to employment is a remnant from WWII and wage freezes imposed at that time. I wish we weren’t still trapped in this problematic maze of hit or miss benefits. I commend Dan and Glowforge for caring about their employees and their families. It is an expense that many companies would never consider.

I did a search and found a few older articles re: GeekWire but didn’t see this one. Apologies for the double post.

I work for an amazing company that covers the cost of our healthcare insurance for employee and family. Our max out of pocket cost each year is $1000. We pay no premiums and usually meet our out of pocket max by the end of March. We do not take it lightly that we are EXTREMELY lucky to have this, but IMO it should be the same for everyone.

We don’t abuse it nor do we take it for granted. My employer is a SAINT for providing this cost free for all employees and it costs them a pretty penny every year. But we know what we have and work that much harder for the company because they care about us.

Good work from Dan - but what an insane place the US is.

Anywhere else in the developed world has fully provisioned global health care and pretty much everywhere has abortion as required.

the biggest problem we have in the US is that the vast majority of healthcare dollars are spent due to lifestyle choices. Heart Disease, Smoking, diabetes, High blood pressure. Not to mention the huge amount of money spent at the end of life. Our general health in this country is taking a dive. the sheer number of fat people waddling around is astounding. Disney World is so filled with lard on scooters you can hardly get around the place when I was last there 4 years ago.

and being overseas where medical care is free isn’t all it is cracked up to be.

destroying your hip because you are walking funny because they won’t schedule your knee replacement. so you have a bad knee AND a bad hip. and then they won’t fix anything. (England)

you are confined to a wheelchair yet assigned a doctor on the 3rd floor of a building with no elevator. nope you cannot get a different doctor. lucky that your grandson in law, who happens to be visiting from the states is able to carry you up to the office. and fun times when they show up for some home health wound care, but don’t seem to manage having gloves with them. (Germany)

Now in no way am I saying we don’t have some things that need improvement. I can probably think of 10 things to do that would help pretty quickly. I just know that if I"m going to be sick. I’d rather it be here than any place else.

This is thoroughly decent, WTG @dan .

I had a warm feeling come over me whilst reading this article about Dan, and I can only agree with GrooveStranger.

This is thoroughly decent, WTG

I thank the Lord that I live in a country where the healthcare system doesn’t discriminate, and provides care to people without fear nor favour. It should not matter if a person is gay/straight/ black /brown/ transgender, we should all be treated equally and with dignity.

Two millennia ago, we were told to love our neighbours, love our enemies, and were commanded to love one another. We should all strive to attain these values.

I just know that if I"m going to be sick. I’d rather it be here than any place else.

The US has a health care system that is the most expensive in the world (that even “medical divorce” is a thing).

But America has worse medical outcomes, more avoidable deaths, lowest life expectancy than anywhere in western Europe and has more pre- and post-natal deaths than literally 100’s of other places. If you want to get pregnant, do it anywhere else but America.

Being sick in America seems to be only possible if you sell your soul to your workplace. I fully laud what Dan is doing because health care, politics and religious fundamentalism force him to.

But to an outsider, the whole thing just looks completely broke,

I’d say the biggest problem is a lack of preventative care, but then I would never refer to other human beings as “lard on scooters,” so we obviously have different ways of looking at things.

I had some medical problems (all fixed) a while ago and needed a whole slew of procedures. Given that IBM is self-insured I was concerned that somewhere an HR person was calculating if I was worth keeping around based on my insurance bills. I mentioned my concerns one day to our CMO who laughed and said “do you think you’re even close to one high-risk pregnancy in costs?

It’s funny as a physician that I have no idea what something costs, but I do my care cost-agnostic, and purely use clinical necessity (since I only see inpatients the costs are eaten by the hospital under the DRG and they only care about throughout (length of stay) at the moment due to the crushing load we are under); plus I don’t work for the hospital. Even the notion of what something costs is hard to determine since it depends on your insurance plan, inpatient/observation/outpatient status. Plus the weird layering of costs, such as a standard basic metabolic lab panel costs about $0.30 in actual supplies on our monster Beckman-coulter analyzers, but that multi-million dollar machine has amortization, service contracts, a tech that runs it, a pathologist who checks the results, etc. and while I did get an A in managerial accounting, the first lesson in that course was hire a competent accountant!

first lesson in that course was hire a competent accountant!

I suspect that a lot more than competent accountants were involved, not least FNLs with a “good” idea of what they could get away with. I am sure my costs were not that high (only one surgery in 35 years of employment, and that due to an auto accident) but every game they could get away with was money in the pocket of the insurance company and ADA even after it existed was pretty toothless in real enforcement.

I am pretty sure they played that game with hospitals in the reverse.

My son had massive brain / facial trauma from a fall down the stairs. It took me ranting in the ER to get someone to look at him (approx 30 minutes) and once they did, they immediately took him via ambulance to the largest children’s hospital in the state where 12 doctors were looking at him the moment he walked in the door because of what they initially found when they finally looked at him at the first ER. Fate + circumstance = a lot of what happens. This is anecdotal as well, but it doesn’t paint a rosy picture of facilities in the US.

My point in this was to commend Dan / his decision-makers. Good on ya! @dan

Our medical outcomes are related to exactly what I stated earlier. so of course we spend a whole lot of money. and if people would stay away from smoking and terrible food choices and get some exercise, we would spend a lot less.

we are number 3 worldwide in cancer survival. and due to this covid nonsense we are going to see a spike in deaths due to early detection/screening not being done.

and if the medical establishment had even mentioned a few random thoughts on what do do when you first get it. the numbers would have been much much less. not to mention if our population had been you know, carrying around less LARD, etc.

Not really worth arguing about, but “lard on scooters” was a rather inflammatory description of people with mobility issues.

Yes lifestyle choices are important, but not nearly as important as lots of other factors that determine health outcomes.

Every time I look in the Everything Else forum I end up adding someone to my ignore list. I should stop looking in here.

Lifestyle choice is number 1 on the list of controllable factors for health. When a majority of people looking to get bariatric surgeries are required to first lose weight so they can have bariatric surgery….

While your genetics can make you predisposed and your environment can raise your risk level, you can’t control your genetics, and environmental factors range from “impossible to know about” or “can’t do a thing about” to “acceptable hazard of life”, lifestyle choice is completely known and …is a choice. Smoke, you know the risk. Drink excessively, you know the risk. Eat mountains of grains based foods, 0 nutritional “foods”, or just piles of food without the flip side physical activity required to burn said caloric intake? You know the risk.

20 years ago I used to stop most nights at a little place and eat enough Italian for two. I was also highly active with martial arts, weekend volleyball, out in the woods, and basically always on the move. Today, I eat much less and still probably a bit more than I should and have the middle age belly pudge to show for it.

I’d really love to do nothing more than sit down and munch on Oreos and ritz crackers all night after work and cook piles of pasta and pies every day.

Choice. Personal health is a choice for nearly all people. I find it highly grating for most people to point to those few who have actual issues due to genetics and make good choices, and use them as an excuse for their own preventable poor choice and therefore poor health.

And weight and all the things that go with it is one of the biggest factors you could have working against your own health if not the biggest malleable factor that’s actually in most peoples control. Extra weight is: joint stress, heart stress, pressure on the lungs. Lungs is less oxygen and the heart stress goes up again. Heart stress is atrial and mitral stress and overall circulatory stress. That’s higher stroke and heart attack risk. And that’s just the broadest levels. Overall body stress also leads to reduced immune responses.
All because someone won’t put the fork down.

And sure, that wasn’t a “proper” way to describe the issue, but it wasn’t incorrect either.