Hey guys! I seem to be having an issue where I have the inverted photo saved in inkscape, to be etched on clear acrylic, but when I bring it into the

it reverts back to the normal version. Am I totally missing something?

By “Inverted” do you mean “reversed”?
Often Inverted simply switches the colors and that’s not what you want, you want one that’s reversed. i.e. what’s on the left is now on the right etc…

If you’ve really reversed the image, see if any other program opens the image ‘reversed’ or if the other programs behave like the GF does.

You could also try saving it as a PDF?

I inverted the colors, so that the black was white, and the white was black, so that it was SUPPOSED to etched the skin, not the shadows on a person. I did also reverse the image, so that it can be etched on the underside of the acrylic.

If you are talking about the orientation, there’s a bug/feature (or used to be) in the GF SVG processing software that ignores changes made to the orientation of a bitmap. (Inside the SVG is the original bitmap and then a special instruction saying essentially “rotate this” or “flip this horizintally” or whatever, and the GF doesn’t do that.) So it could be that you have to have a bitmap that’s already in the right orientation before you hand it to inkscape.

Did you actually etch the file and it came out wrong or does it just look like it reverted back when you brought it into the GUI?

I’ll admit that I was really confused when I bought in an inverted file the first time and it looked very different than it looked in my graphic program. It took my brain a minute to process that the inverted colors looked correct becasue they were now on a black background and not the white background of my program. It really fooled me eye! Just want to make sure that’s not happening to you.

This is an inverted file to show what I mean becasue it is kind of confusing . 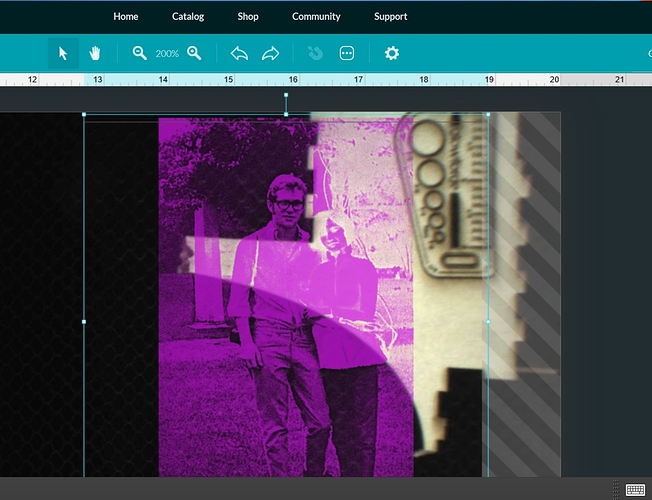 I was completely confused as well, but it was eventually figured out with lots of help from @jbmanning5. For some reason when the photo was inverted to a negative image, it wasn’t saving that way, and when it was brought into the GFUI, it revered back to the original format. After quite a while, it was finally figured out, and cut exactly how I needed it. Thanks again Josh!

I’m glad you resolved it! (Thanks for the help @jbmanning5.)