Is this what I'm supposed to see 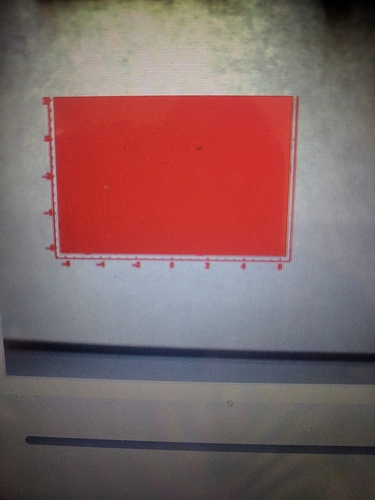 The entire area to be engraved should be a solid color.

I know if text you wanted engraved shows up like that, it will not work. Not sure about images.

Maybe others will know more.

I will say that if you ever have doubt, do a test run on some scrap/cheap materials. If I have any doubt, I tend to crop down whatever I am trying to do and make a test file that is just a small corner of my final piece to preview the end result first.

It saves materials (by not running a job with the wrong settings) and more importantly, saves time. My tests tend to run a couple of minutes, as opposed to something like a 2 hour larger engrave that just isn’t quite right at the end. It’s definitely worth doing a couple of small tests on big projects.

Thanks! That’s what I’d figured/hoped but like others have said I didn’t want to spend an hour on a print that wont end up working. If it works right my Calculus classes are about to get some great parametric surfaces!

The forum hereby demands pictures of this awesome parametric goodness!

This is the test file. Heightmap rendered in mathematica, of f(x,y)=sin(x)+sin(y). “Low resolution” contour plot just to see how things go. I will post a picture of the finished result ASAP

I guess I’ll dissent. I don’t think you should be seeing that. You should see something that what will somewhat represent your finished engrave and that’s not it.

Are you uploading a raster? A raster embedded in a vector? Or a straight vector file?

I’ve seen it both ways, and had success in both cases. I think it’s dependent on specifics of the file. I had a transparent png with a empty background render as a solid block (which surprised me at the time), and it went perfectly.

It’s a PNG file. When I uploaded it, the software recognized it and auto-selected engraving. On the screen prior to this I can see the stuff that I want perfectly. It is only when I hit “print” the camera calibrates and this window pops up, it’s the only place that I am seeing a solid block.

Ahh gotcha. Ok. That’s a camera picture of your print preview screen. You should be fine. You’ll know pretty quick as you get into the 3D engrave portion of it.

I rarely watch those so they look almost foreign to me.

I haven’t paid much attention to it before either, but I’m not in the room with the machine as I am setting it up, the only classroom with windows that open for venting is down the hall… and there is an Algebra 2 Class in there… I NEED MORE SPACE! 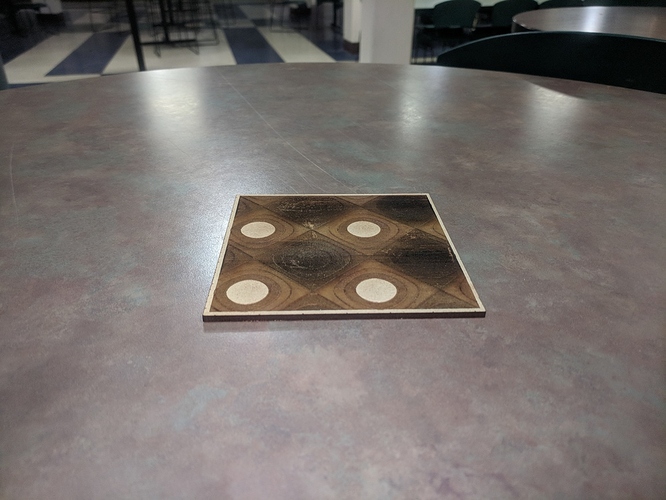 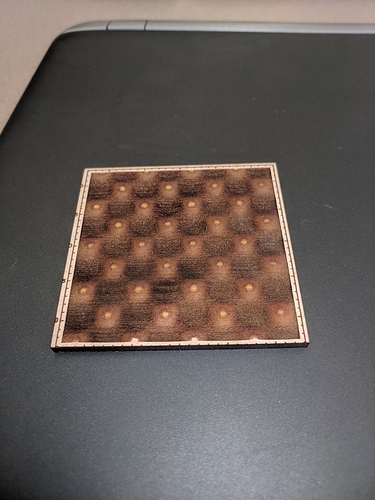 This is on plywood, right? Because I think the dark areas may be the middle substrate layer, hence the sharp color demark?

I find that the inner layer of baltic engraves a really dark brown compared to the top birch layer, like so: 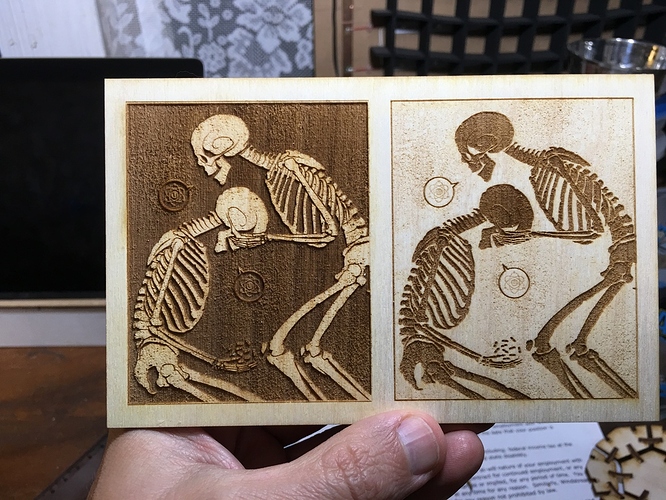 I cannot help you, but are we going to talk about the kind of twisted stuff you are into? what is that?

It’s a poster by an artist I like, he did a large series on the periodic table of the elements. This one was “Lithium”.

i think it’s great. but i’m not particularly “normal” myself.

yes, the BB cores tend to engrave dark if you burn through the veneer. or at least it appears that way because BB has such a light colored veneer and generally a dark core (even before burning it).

The two I’ve posted have actually been on draft board. I’m trying to keep the plywood on reserve for my students projects at the moment.