My first slate engraving! Thanks to some idea of settings from Jules and Dwardio, I engraved the front using Jules’ settings and the back using Dwardio’s settings…no discernible difference to me. Both worked beautifully, though. Thank you, my friends. This is a (approx.) 9"x 6" ‘cheese plate’ that came in a set of four from Amazon.

My brother, who is a bit younger than me…and a bachelor…has said that he’s tired of collecting ‘stuff’ and instead needs to begin getting rid of ‘stuff’. Well, sorry, Rob…but, as long as I’m still breathing and still have a Glowforge, you’re probably going to keep getting more stuff. 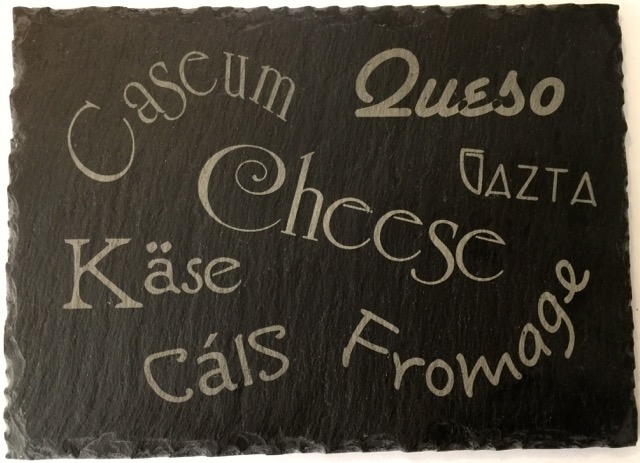 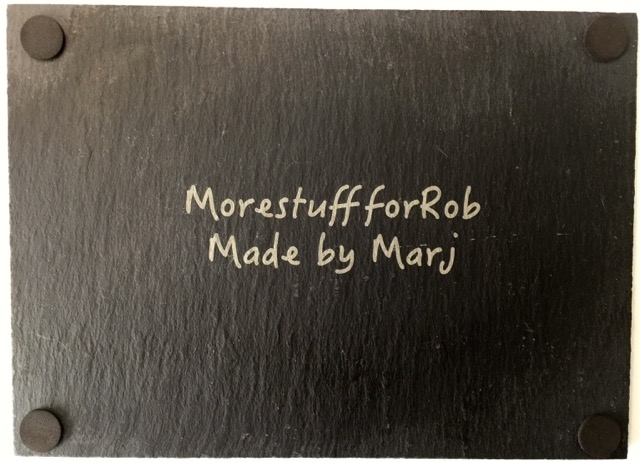 That looks great…I’ve got a set coming tomorrow!

I’m still exploring the new settings, but still looking for the sweet spot between max brightness and little rivers ridges of magma in the engrave.

Nice! I helped a friend move yesterday and ended up with a stack of slate shingles he didn’t need anymore. Put them in my Glowforge pile as soon as I got home.

Way to go, make him suffer with gifts.
and a great project idea, why yes I will steal that idea.

That’s odd… did you use the Manual override?

Hey this really came out nicely!

lighter settings on the back

I think it’s the lighting. I looked again and can’t tell the difference at all.

Yes. (weird…I already responded to this and it’s not here) I tried to type in my own numbers but it would have nothing to do with me.

I tried to type in my own numbers but it would have nothing to do with me.

You should be able to manually enter the power and speed for an engrave (max engrave speed was 335 last time I tried, 197 for cut/score), but the LPI has always a dropbox of settings for me, ymmv.

manually enter the power and speed for an engrave

That is weird…you dragged on the little gray box to the right of the slot after clicking in the slot?

Oh wait…you’re using a Mac? I wonder if that isn’t something you need to report? Might be a

Okay… You GOTTA stop with the bug. I actually swiped at this one and got pissed when it didn’t fly away!

By now you oughta realize…chuckle! 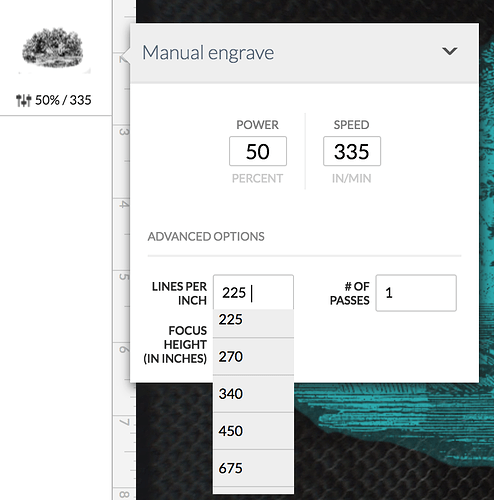