I cleaned my air assist fan today and … it did not go well. I am no longer able to cut smooth curves.

The power required to cut through the same materials on my machine has been escalating slowly. Proofgrade materials don’t cut through on Proofgrade settings anymore and, I am seeing the same thing with other materials. I have cleaned all the optics several times (both sides of the lens, head mirror, two windows on the bottom of the head, one on the side of the head, one feeding the head from the left side) with no difference.

As a next step, I thought I would try cleaning the air assist fan. It wasn’t especially dirty but, it’s sparkling clean now.

I reassembled everything – no twists in the belt, teeth are facing inwards, I pushed the right side wheel as far to the right as I could and, tightened it with the Allen wrench while holding it in place. I tried to score a circle and, it was very distorted. After the fifth attempt of removing and reinstalling the head plate assembly, it’s kind of workable but, still detectably not right. Here is a photo of a calibration target scored on card stock: 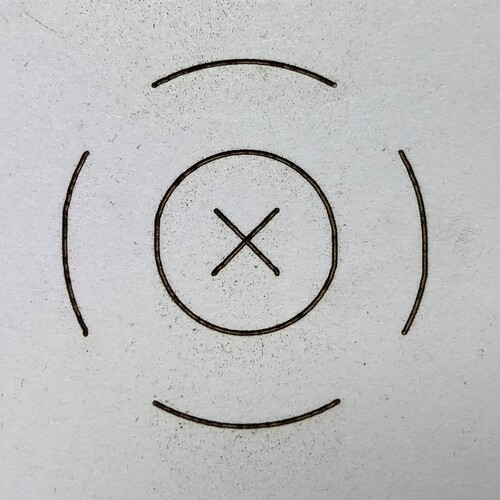 Here is a shot of part of a card cut a few days ago on the left next to one cut today on the right: 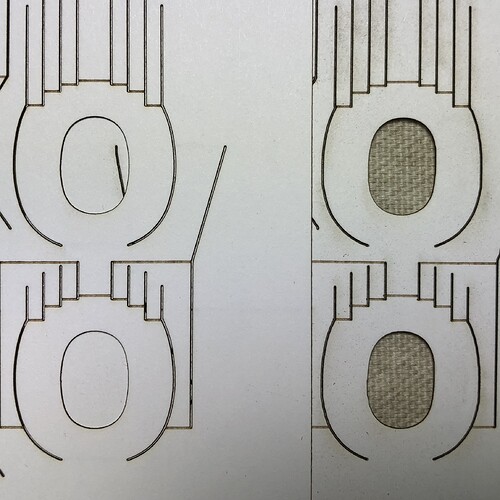 I didn’t think taking the plate off to clean the fan was this fiddly. I generally have pretty good attention to detail (I’ve built hundreds of computers from components, done assorted electronics work, do crafting stuff that requires a fair amount of precision, etc.) but, obviously, I am missing something. I have wiped down the wheels, tracks and belt. It feels like everything moves as it should.

Anyone have any thoughts on what might be off?

I have realized that sometimes the “janky” curves are exactly the way the design is. I had to zoom in to see that the paths were not exactly round so I had to moves the nodes to make the adjustments…

Thanks for the input. It is pretty clear that the exact same design is cutting more roughly now than it was a week ago. The calibration target is a file provided by Glowforge and, has also cut more smoothly in the past. 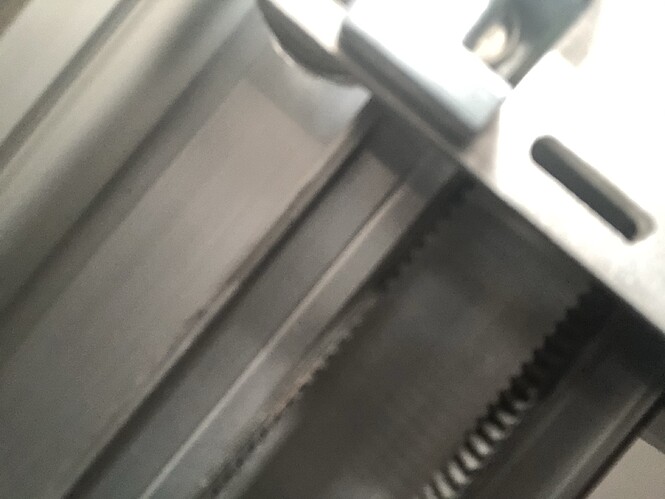 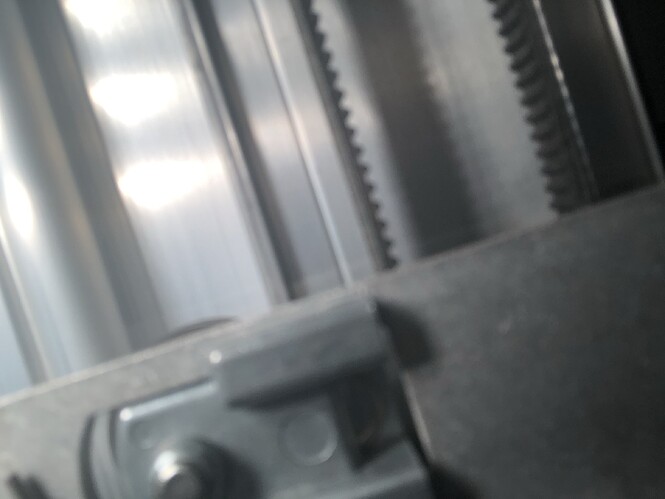 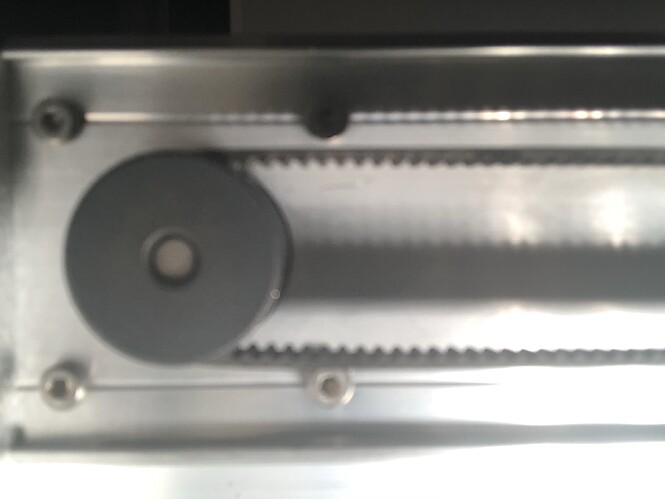 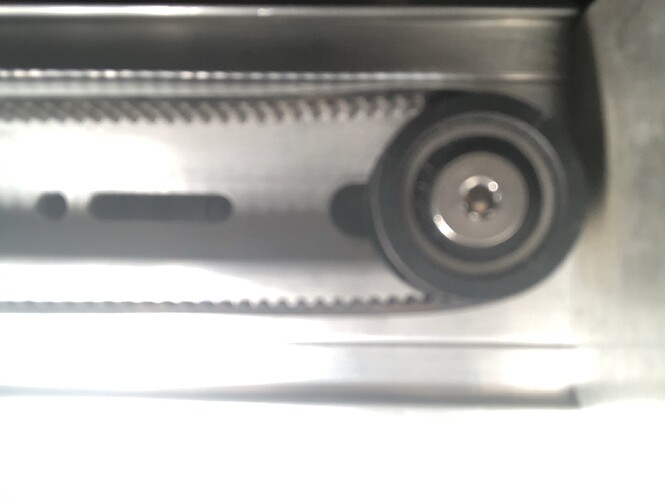 Are your wheels intact? I wonder if maybe one of them is cracked.

Your belt looks a little loose, you can tighten up if you have the right size hex wrench and the wheel has moved, or it cold be the belt has stretched a little then it would need replaced.

Note from a knowledgeable electrical engineer (spouse): the stepper motors can wobble like that when they get over heated from being too tightened.

Well, on closer inspection, it looks like there are some very small chips in the rollers. 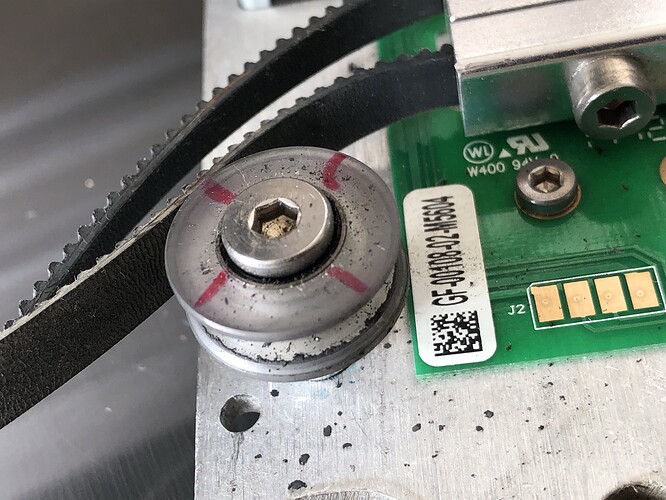 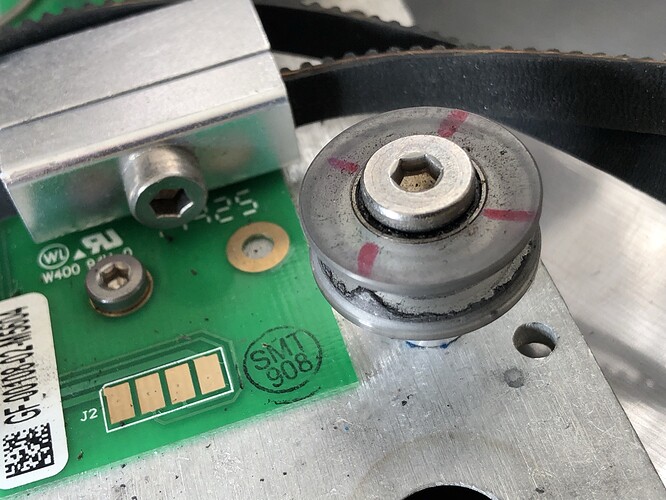 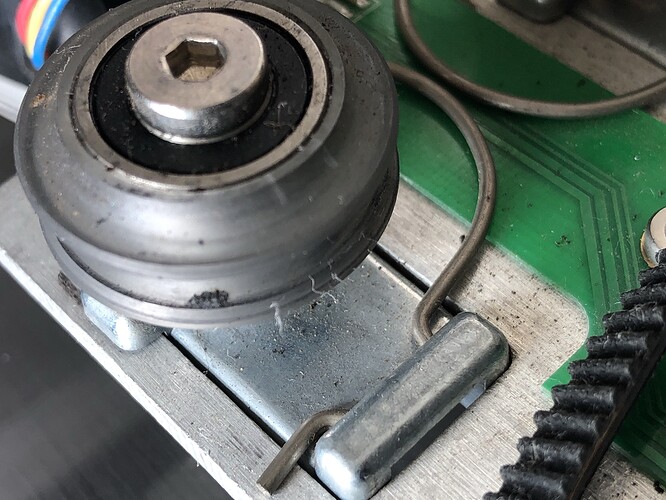 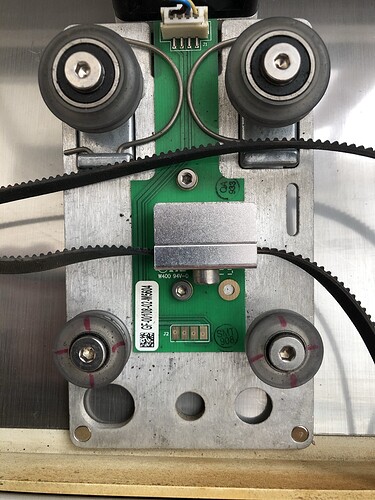 Not an expert by far…but did you put the fan in upside down? I’m noticing some dust on your paper that wasn’t there before.

My husband helped my reinstall the things I took apart to clean…one of the fans he installed backwards…it was dusty like that, and things blew around a bit. I noticed right away and told him something was wrong… the fan was the wrong direction…after flipping it around it worked fine again…just can’t remember which fan it was, we cleaned everything that night.

Hmm. Not impossible. The label is facing the plate. I was insufficiently observant when removing it and, looked at how it was oriented in several pictures and videos others made when I reinstalled it.

I was not at all careful with keeping the test pieces clean from smeared char or even gunk on my hands. By contrast, the “before” piece was from a production run where I was careful.

Is this just a spot on the wheel or a crack in it? 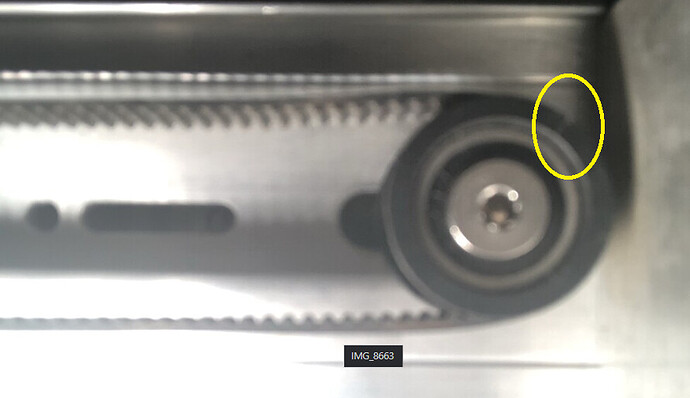 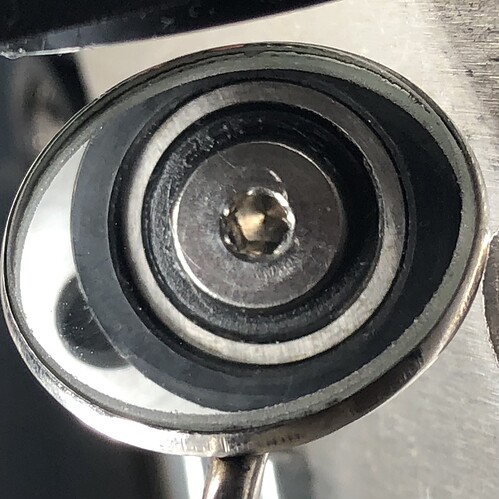 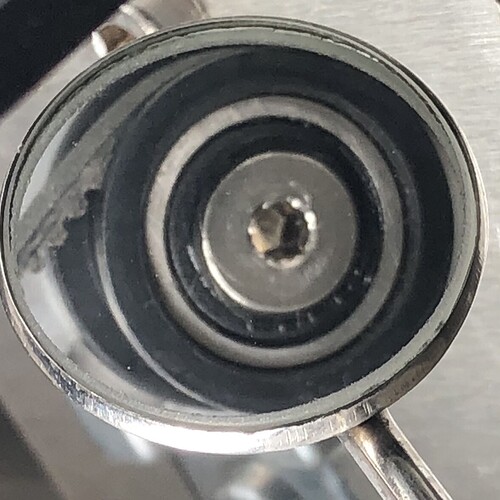 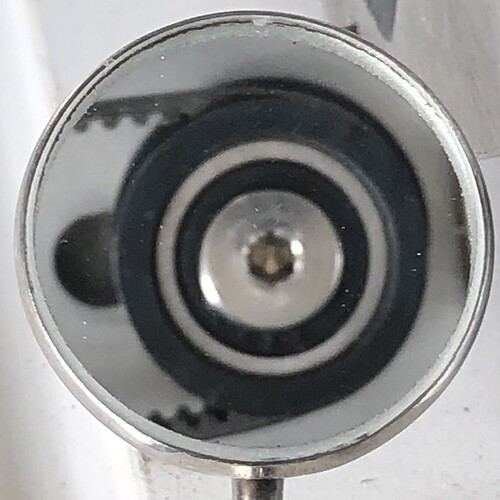 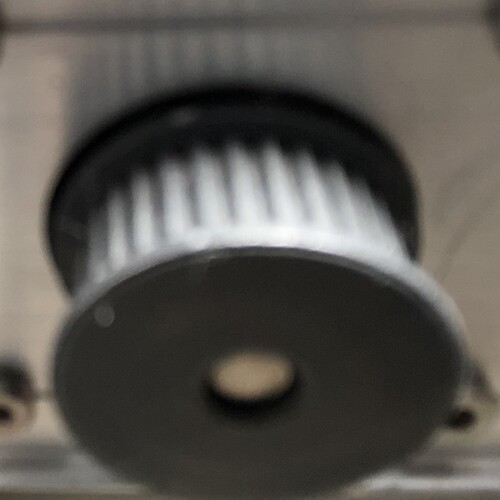 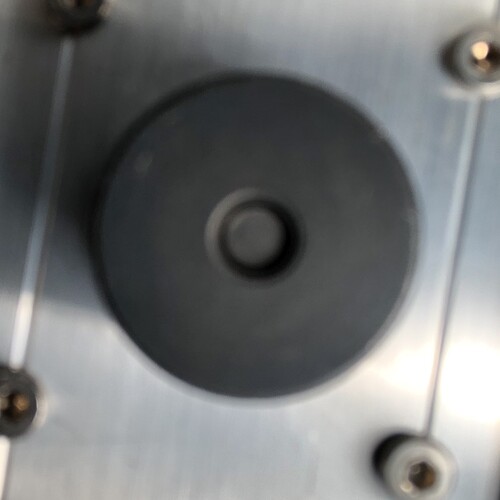 I may need a larger mirror or an endoscopic camera …

The pulley is as far to the right as it can be. I tried loosening it a little and, the problem got worse. So, it could be that the belt needs to be replaced.

I would say yes replace the belt, if the wheels are tight and as far has as they will go…

I think only the one on the right can move and, it is as far to the right as it can go. I don’t think there is any other adjustment for tension of that belt.

The rollers on the carriage look rough, too.

None of those parts show up in the GF store. So, waiting to hear back from support.

Hoping to get back up and running in time to complete my holiday card project.

You can shorten the belt here if necessary… 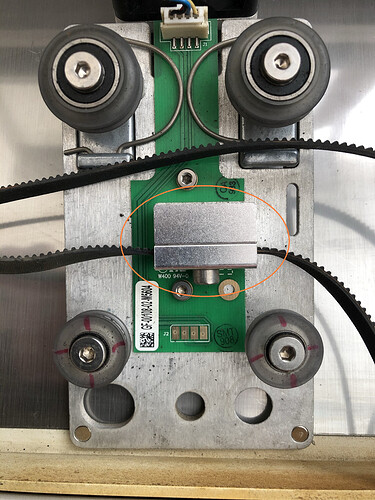 Hm! I wasn’t going to mess with that without having a better sense of the mechanism but, I have now removed 1/8" of belt from either end, put it back together and, it is much better. Thank you for the prompt! 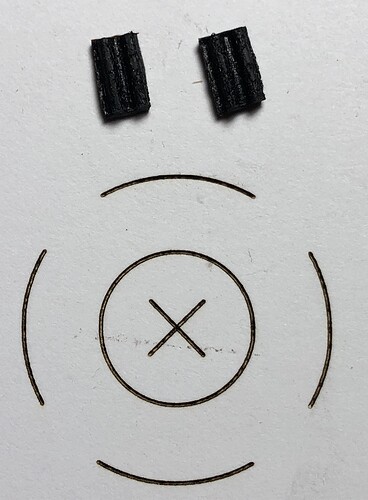 For posterity: a Glowforge Senior Engineer has declared, based on my photos, that the carriage plate wheels/rollers are fine.

Thanks to everyone who made suggestions and observations. I appreciate it!