Hey guys and gals, wondering if any of you have tried etching Japanese Masa Paper in your

. I have experimented with 65lb text and 100lb Cover stock but nothing beyond that yet.

Not here. (I did some origami paper testing but it was long before the Power Reductions, so the results were less than stellar.) 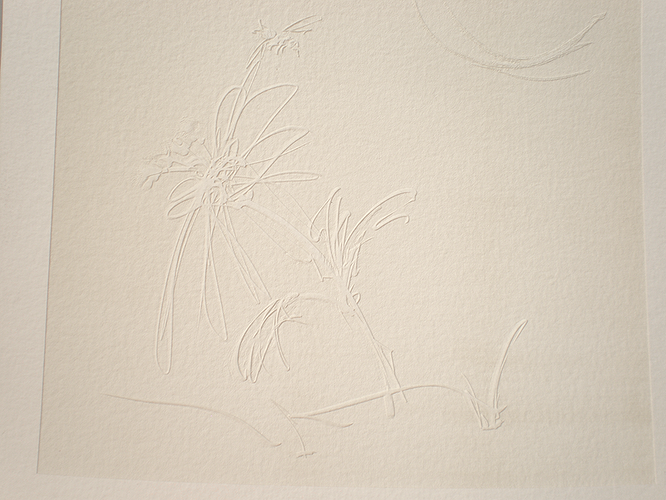 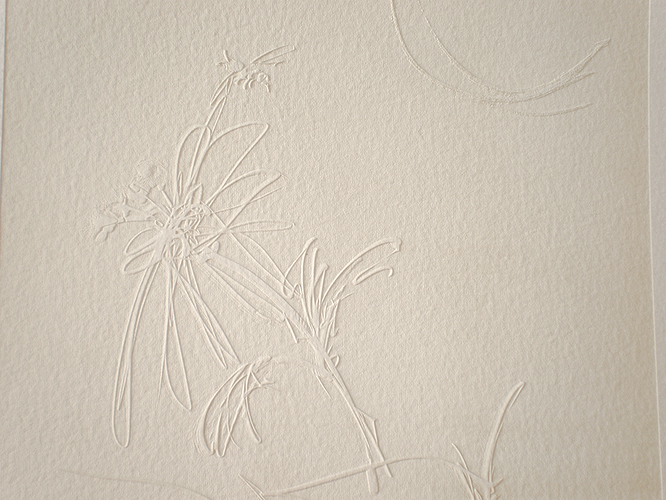 Still playing around with setting, but multiple (6) passes at relatively low power and moderate speed, followed a water wash then sun bleaching for 2-3 days.

Edit: This is the original… 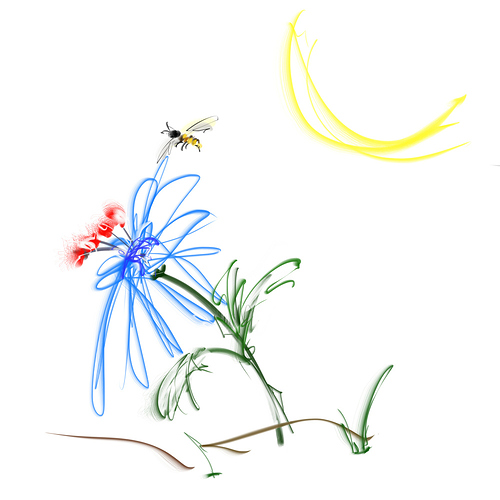 That’s because I burned away everything except the art.

Whoa! That must have taken a while! Awesome result!

Cool! That’s something I’ve not seen done before.

Oh! I thought the embossed effect hd something to do with maybe the water wash swelling the broken fibres more than others. Which doesnt even make sense now that I think about it.

Thanks for sharing! Thats a really cool technique I never would have ever thought of.

Love it! Awesome effect. I too was wondering how you achieved the raised look.

That is an amazing technique you discovered. Thanks for sharing!

How long DID it take to “print” that?

Total time is actually about 7-8 hours. I’m still playing with settings to try to minimize the scorch of the paper. Although it’s more immediately satisfying to see your engraves sooner because of the bottom up engrave order (opposite the direction of the air assist), it has the unfortunate side effect of depositing soot on the just etched surface of the paper. If the direction were reversed (top down, in the same direction as the air assist) then the recently etched areas would remain clean (er).

how large is the piece (to get a sense of scale to go with the time)?