Many, many moons ago I ordered a Pro unit. Today it arrived.

I do have a question before I start playing with it, though. I sent an email to GR Support, but I got an auto-response saying they’d get back to me within three days. I don’t think I can wait that long with this thing staring at me!

I know the handles are known for falling off, but my box didn’t come with any shock stickers like I’ve seen. The box was a little beat up, should I be concerned?

The UPS guys were less than ginger with it… I opened the door and one guy had it standing on end and was leaning on it. Despite the all the arrow and fragile stickers. Took everything in my power to not loose my stuff right then and there. So are there any issues I should be concerned about with having the unit up-ended like that?

The unit itself looks fine, despite the box condition.

So am I safe to take it out of the box and try it?!?!?! I’ve been patient for years, and having it in front of me this close to Xmas makes me want to tear it open like a kid and play with it! haha 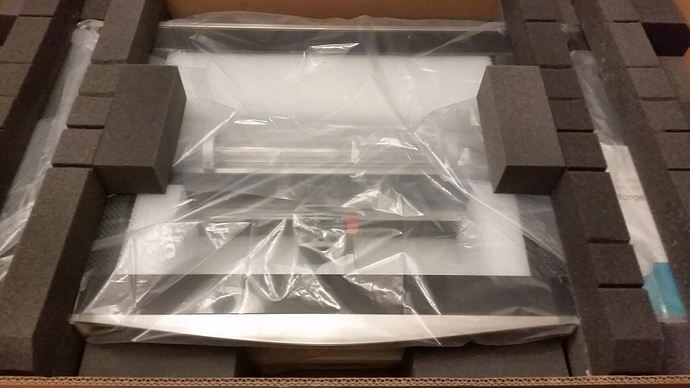 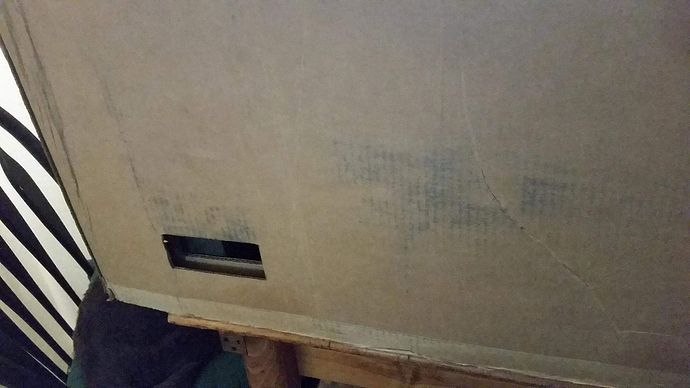 Shock tags haven’t been included since the pre-release days.

Some have survived some pretty hellacious deliveries. If there is no visible damage there is only one way to know.

set it up, plug it in and laser all the things.
Have fun.

Go for it. I don’t think a single Glowforge has made the trip flat…and as @jbmanning5 said, shock stickers are not used these days.

Yes, I think you should proceed. Your apparent delivery condition looks about median thus far. Watch for damage to the unit that might affect operation: leaked coolant, broken glass, etc.

UPS likes to manhandle these poor machines, but as others have mentioned, your box condition appears pretty typical. No major dents or gouges, and no leaky fluids. Open it up, plug it in, and enjoy!

Looks like it’s time to set it and test it out.

Yeah, tear it open like a kid and play with it!

Gave yourself a Christmas present 2 years ago and didn’t know it until now!

don’t think I can wait that long with this thing staring at me!

No way no how!