I’d like to share another one of my Glowforge projects with the community. An underwater photographer friend of mine challenged me to make a laser cut project based on one of her photos (http://bit.ly/2TboryZ). I thought that one of her photos of some clownfish nestled in an anemone was interesting enough to attempt.

The clownfish were cut in maple plywood, inlaid in a cherry wood background. I wanted to get the inlay to seat as snug as possible. However, the laser effectively cuts at an angle, making this a challenge. To word around this, I cut the hole for the inlay from the back of the cherry piece, then flipped it over and continued with the engrave pass on the other side.

Turning the photo into an engrave was interesting too. I chose the maple plywood for the clownfish inlay, as the scorched wood looked orange, while the normal finish on the plywood matched the whites in the image. For the background, I used an edge-detection filter in Photoshop to trace the outlines of the tentacles. Since cherry is such a soft wood, everything else was forced to white, to avoid scorching anything that wasn’t part of the image.

Close ups of the magnet: 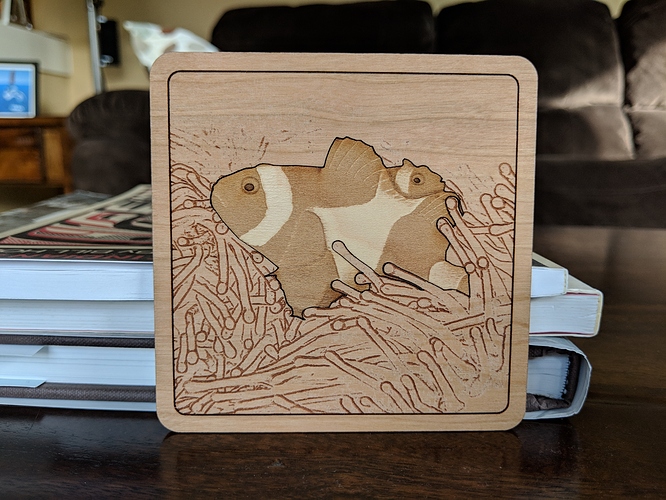 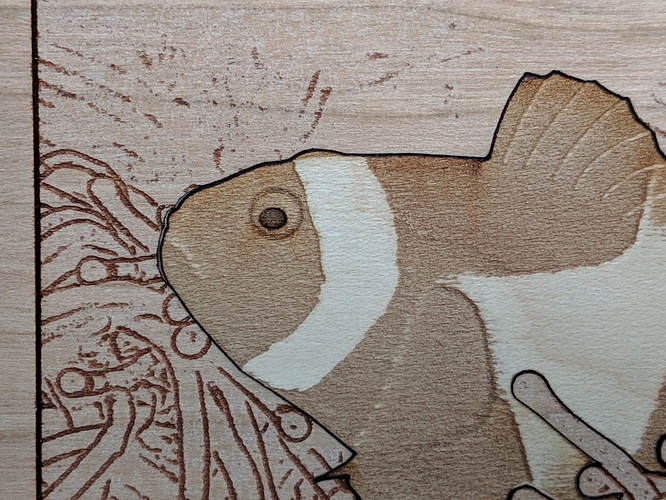 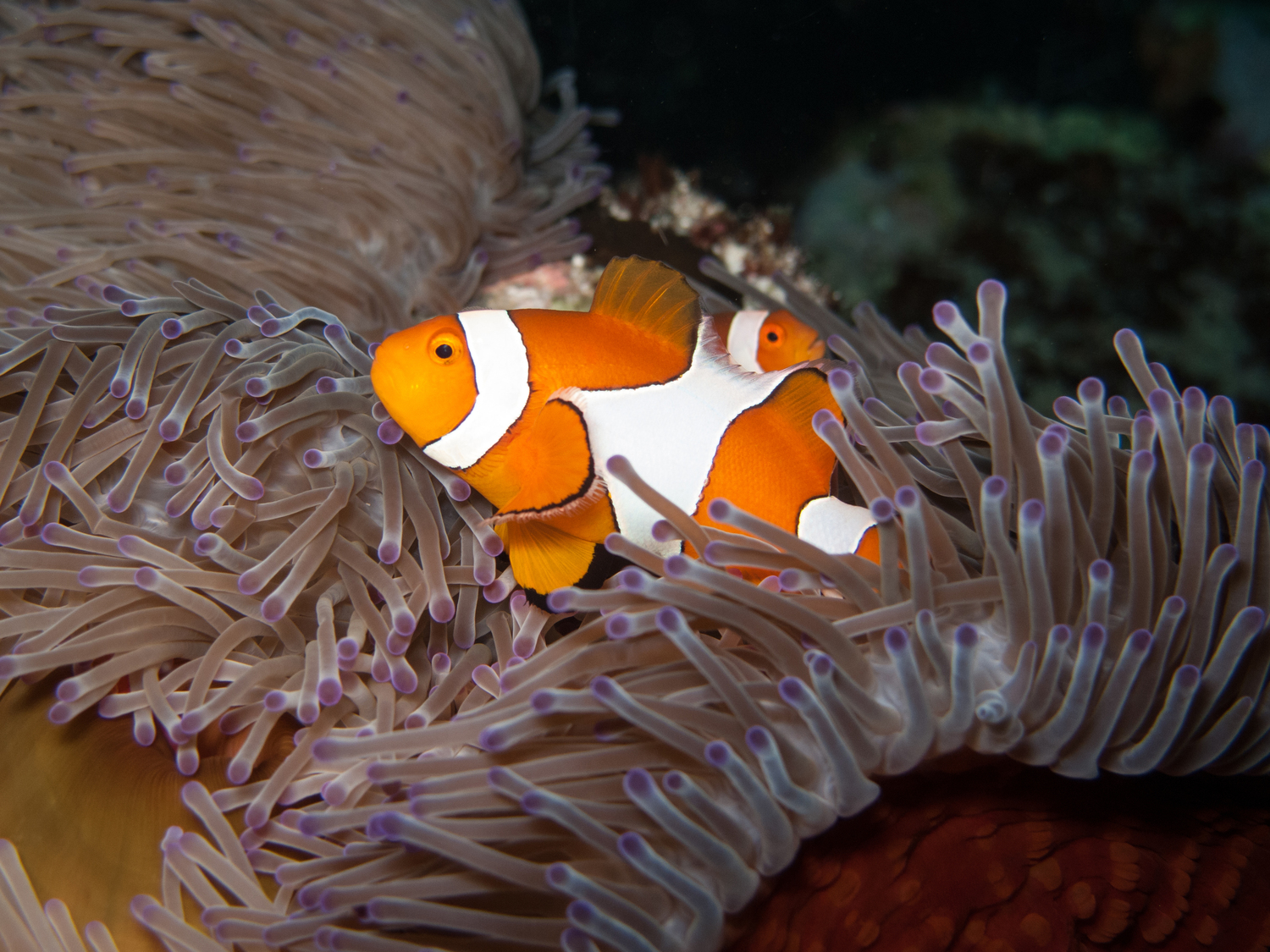 Very nice job on that! I like the inlaid engrave—I don’t recall seeing that done before. And the baby clownfish peeking over the bigger one’s back—too cute!

Yeah, that would be a difficult engrave…the tones are so similar in the anemone. Great results.

Wow you are talented. I wondered how you got the fish white. Then I read you did an inlay. I haven’t tried that yet. Still feeling uncertain about kerf and all of that. Haven’t even made a box yet either for the same reason. Guess I’m slowly working my way up to it. Would you recommend a box or an inlay first?

A really beautiful piece! One thing I have done recently is sand with really fine grain sandpaper (1200 to 2000) and then rub with a oil based furniture polish and see the depth of the different colors of the wood really come out. I would experiment first with the scrap from the piece and see what works best but you might be amazed by the result.

Would you recommend a box or an inlay first?

They are both fun, and the kerf adjustment is about the same for each.

@mountainbikerak, very nice work! The subject is one of my favorite symbiotic relationships underwater. The anemone benefits from scraps of the clown’s feeding, and the clown fish have the protection of the anemone’s defenses.
My favorite is a cleaning station, where different species of fish whine up like a car wash. After watching glass shrimp work on a small fish, I laid down with my hand extended and was given a manicure by the shrimp.

I need to look through our old photos from our trips around the Caribbean. Thanks for the inspiration

How about a box with an inlay?

They’re both pretty similar. The key for the inlay is thinking about how the laser cuts at an angle, and getting the two pieces to fit snugly. For making a box, there should be some good tutorials elsewhere on this site for compensating for kerf.

Here’s a diagram with the effect exaggerated: 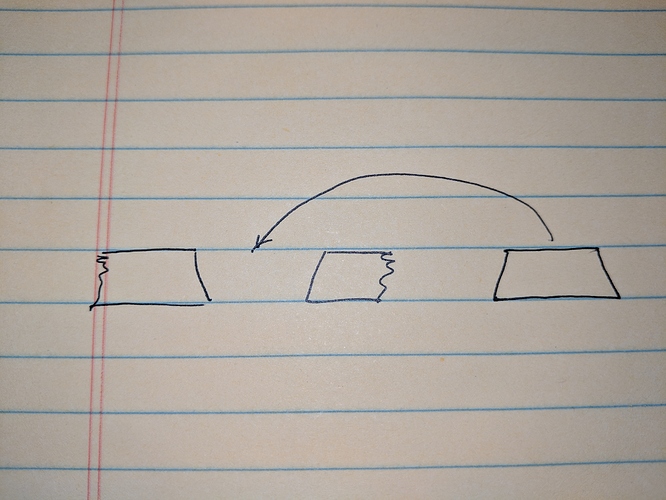 I’ve been snorkeling before, but have never seen a cleaning station. Really cool!

Here are some more closeups of the inlay: 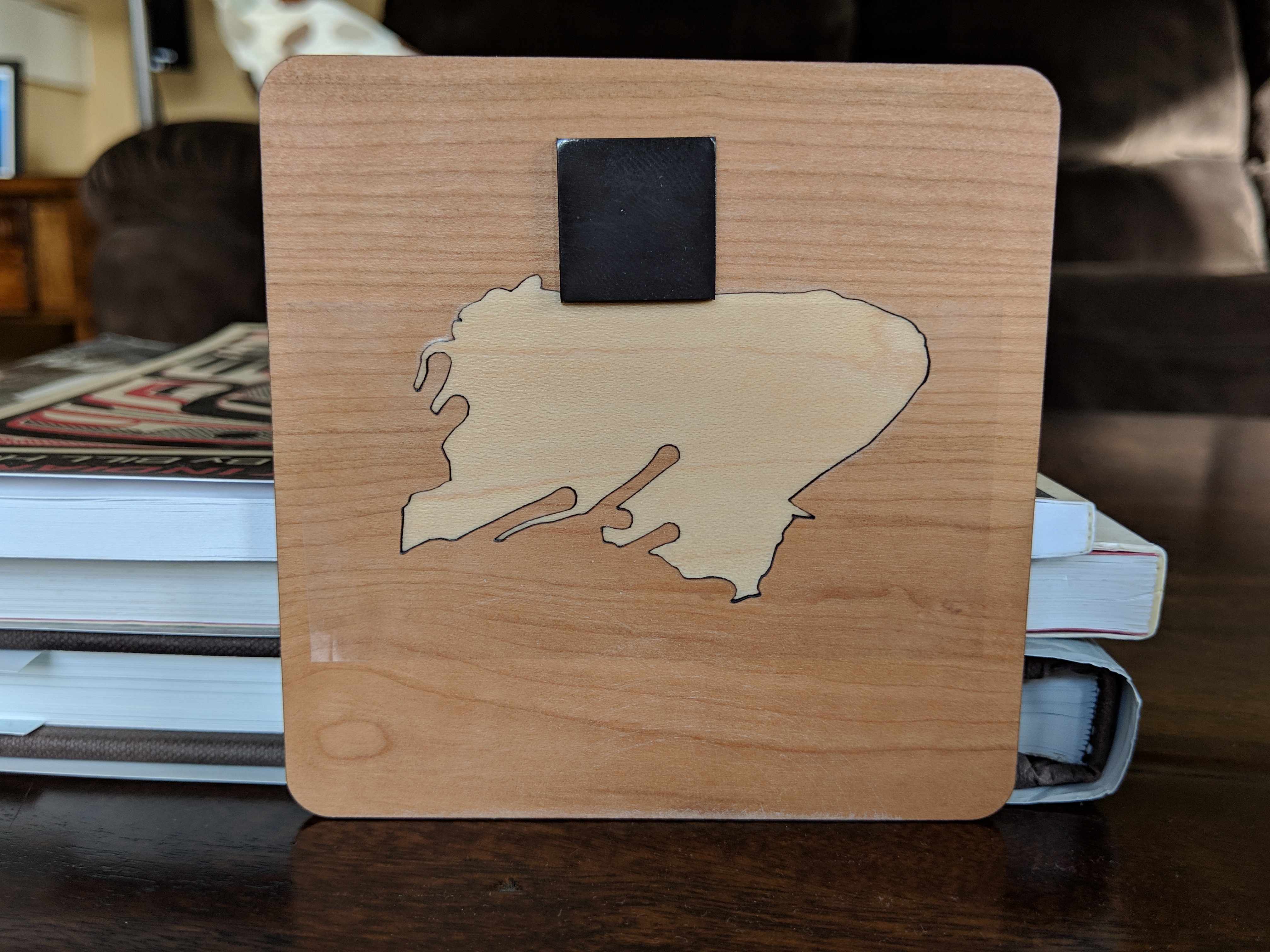 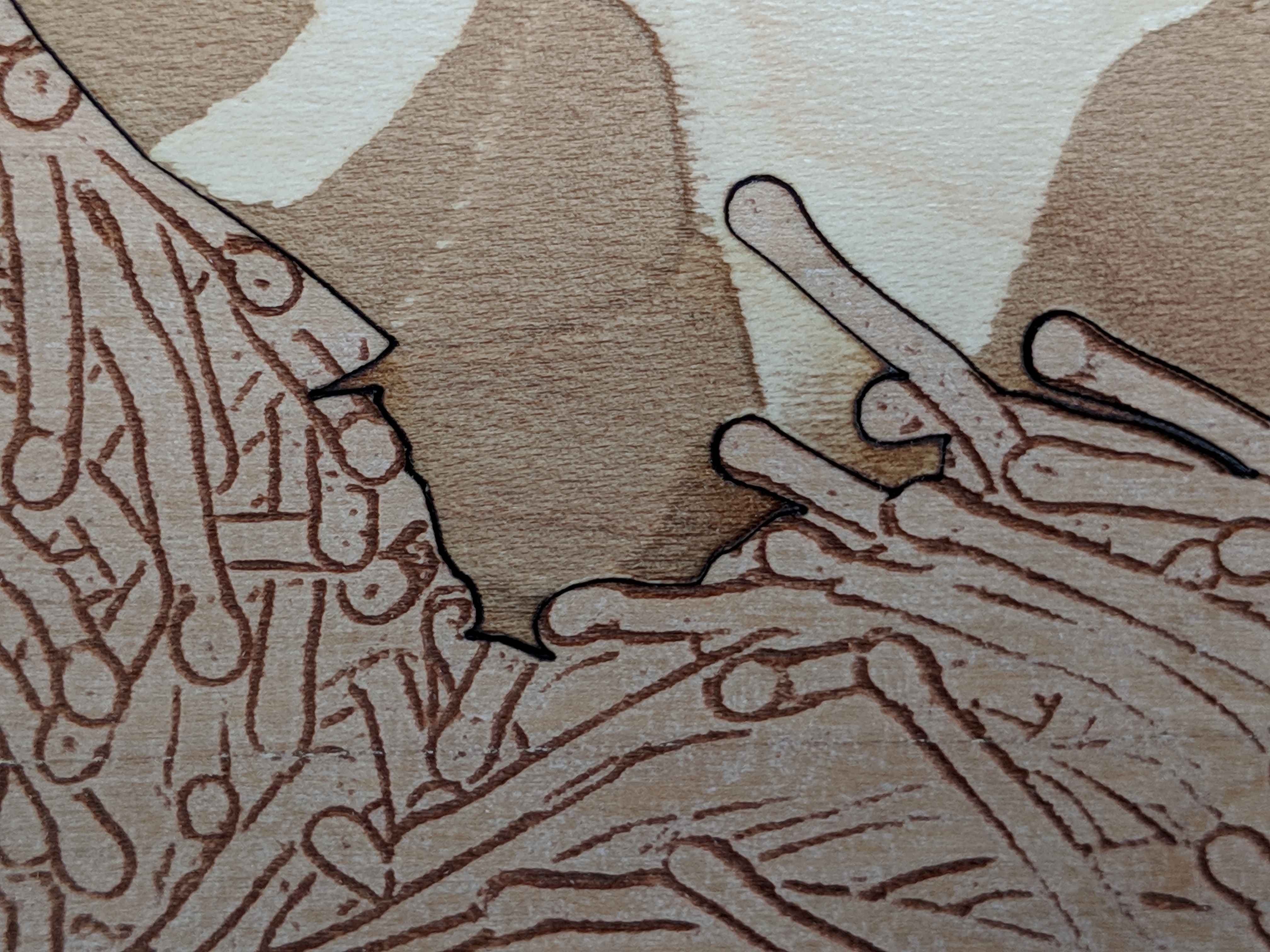 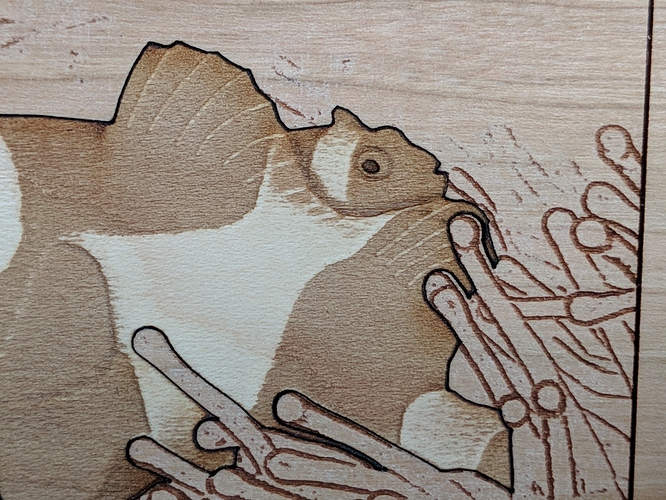